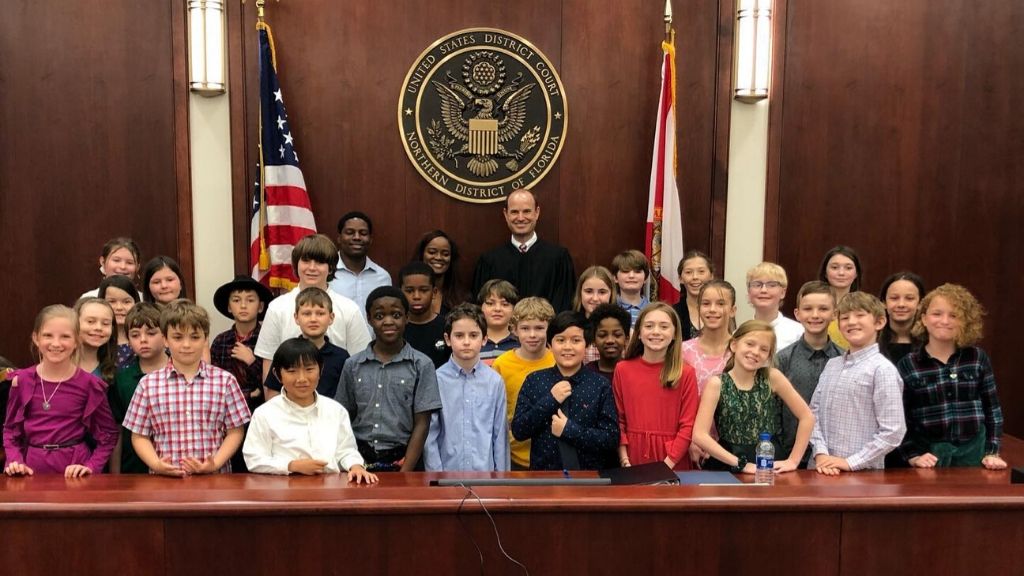 Smalls (centre) with her students, past and present. (Photos: via Cornerstone Learning Community/Facebook)

Twelve years ago when fourth-grade teacher Annmarie Small moved to the US from Jamaica, she was totally unaware of the impact she’d have on hundreds of South Florida students.

Small is a 40-something and mother of one, who moved to the US in hopes of obtaining a better life for her son and her family.

Watch as over 30 students greeted Small when she took the oath of allegiance. (Video: via NBCNews)

According to an NBC News report, Small found “a community that inspired her” at Cornerstone Learning Community in Tallahassee, Florida – which became her first job on American soil.

On the day of Small’s swearing in, a post was made to the school’s Facebook page which read: “What an incredible day with Annmarie as she went through her naturalization ceremony. Founding teachers. Students. Colleagues. What a day to take pride in the IS’s history of immigration and the incredible influence it has on who we are and who we are becoming.

Other supportive comments shared on social media include:

“It is with profound joy that we celebrate [Miss] Annmarie being sworn in as a naturalized US citizen.”

“Congrats, Annmarie. Our country is at least one awesome person better today than we were yesterday. What an honour it is to have played a role. We are made better by you.” 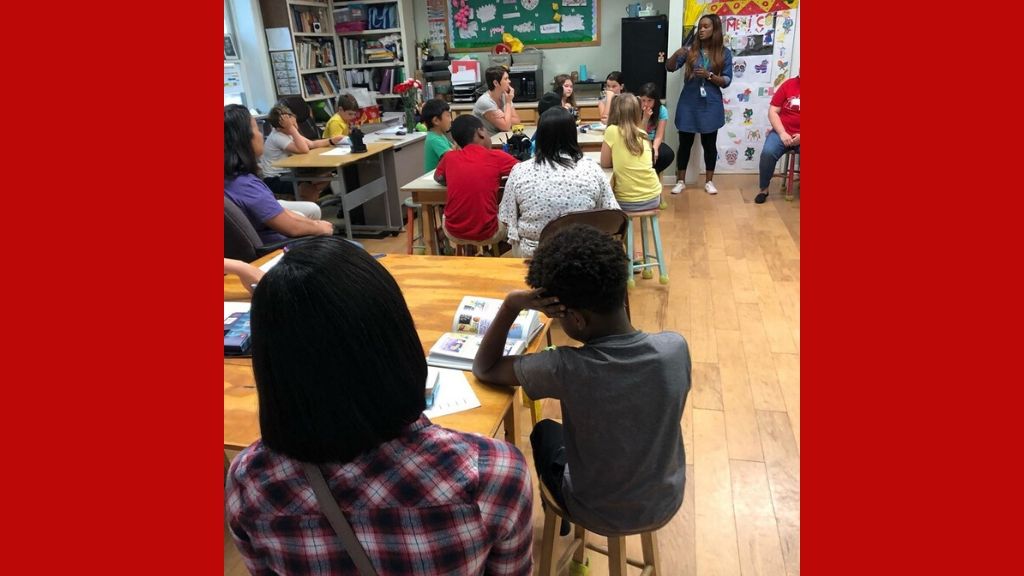 Small (right) in the classroom at Cornerstone Learning Community

“I was struggling financially in Jamaica,” she said to NBC News reporter Rehema Ellis in a recent interview, and later shared “…having a master’s degree, I was not able to make ends meet.”

Today, Small is able to support her family, including her 18-year-old son, affectionately called 'Mur Mur'.

Several of her fourth-grade students, past and present, gathered at the US District Court to cheer her on as she officially became a US citizen.

“I wanted to dance…I wanted to scream,” she described her emotions as she exited the courtroom. Over 30 students and colleagues greeted Small outside the court house where she took the oath.

One student, Kalliope Flom was among the young’uns cheering on “Miss Small”, and said: “I’m really proud of her and I think she’s pretty proud too.”

According to ABCActionNews, after the ceremony Small was surprised with an "American party" at the school that featured apple pie, ice cream and an all-American playlist created by one of the students.

Small had a few words of encouragement for “her students and anyone who reads her story”.

She said: "The road may be long and rugged and tough, but just don't give up – keep going."