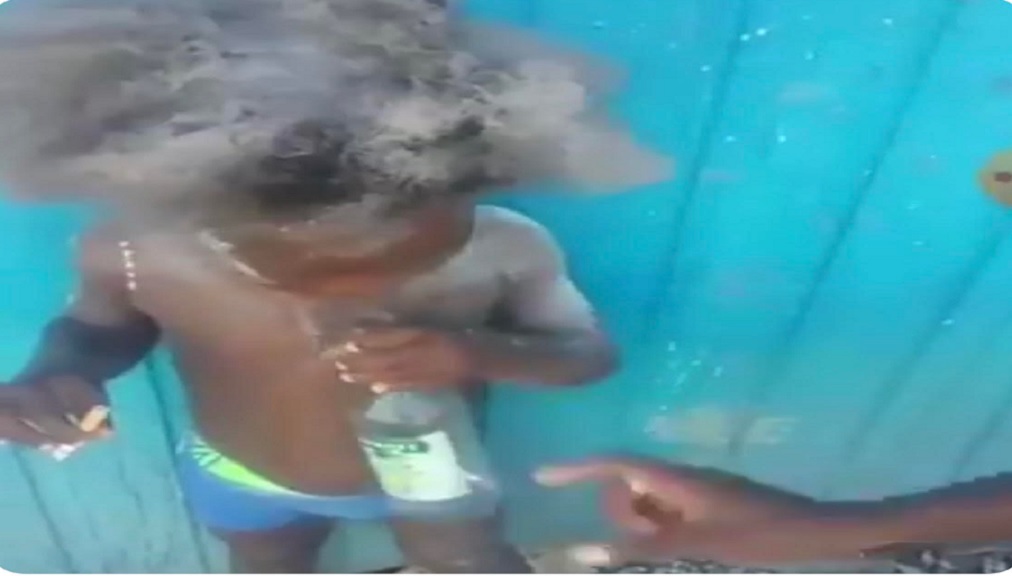 Screen grab of the disturbing video showing a toddler being coerced into drinking alcohol and smoking.

The police are reporting that the mother of an infant seen in a viral video being coerced to smoke and drink what appeared to be an alcoholic substance is now in police custody.

"She [the mother] was picked up by Police investigators in the Red Ground district in Old Harbour on Thursday, Sep 24 about 10:00 am," the Jamaica Constabulary Force tweeted Thursday.

The child is also in the care of the police.

A multi-agency investigation is now underway involving several state agencies, including the Child Protection and Family Services Agency and the Centre for Investigation of Sexual Offences and Child Abuse, the police added.

It is not clear when the video was made, but the recording surfaced on several social media platforms on Monday, triggering widespread outrage.

In the 48-second video, the male toddler can be seen with what appeared to be a cigarette in his mouth. An adult male voice and also a female can be heard urging the child to smoke the cigarette.

"Puff it. A di dawg birthday enuh man. A high di dawg high today. Puff it Minty," the man said as the child coughs while following the instruction.

A female then instructs the minor to hold and sip an alcoholic drink in a glass bottle called 'Ice'.

"See 'Ice' yah. Hold now... Take a sip," the woman said, amid much laughter from other adults who were present.

"Trauma today. Puff it [the cigarette] out again Minty. Take two puff out ah it again," the man further instructed.

The child follows the cruel instruction and puffs out the smoke amid coughing. He then appears to spit out the substance he had earlier drank, prior to the abrupt end of the video.

Five years more without her twin daughters for ‘Machete Mom’