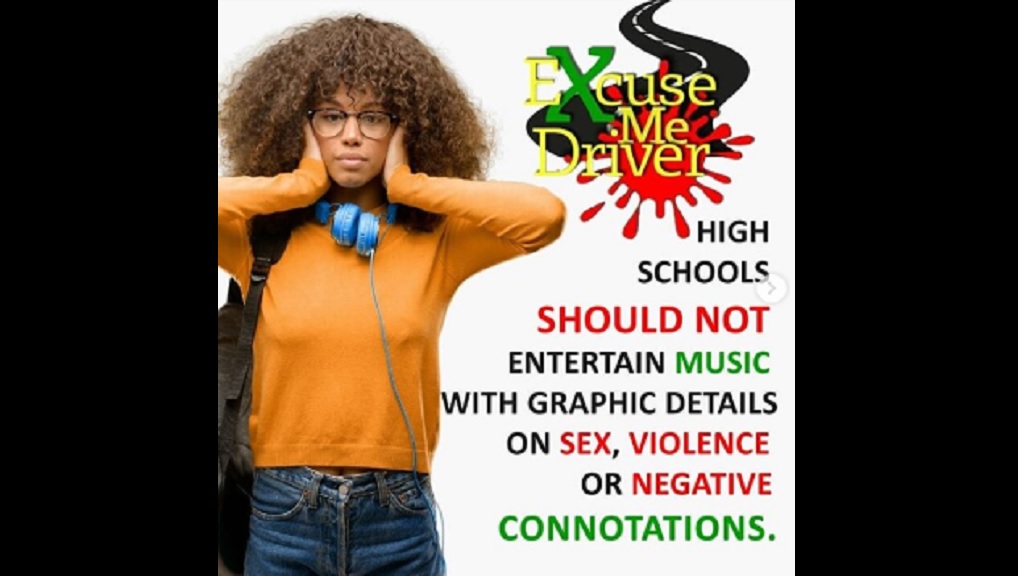 A flier on Ramona Samuels' Instagram page promoting her Excuse Me Driver campaign.

In an era where the battle lines between potty-mouthed, aggressive students and at-their-wit's-end teachers have grown increasingly fraught with frequent skirmishes, one young mother, Ramona Samuels, the progenitor of the Excuse Me Driver campaign, is blaming public transportation operators for ushering in a 'New Age' of incivility.

She points to video footage of crass behaviour by minors on buses and in taxis, and is targeting the removal of lewd music from public passenger vehicles. She wants the authorities to intervene and enforce the laws.

"Taxi men and bus drivers use the music to lure impressionable and naive young girls ... Cardi B's song 'Get Some Money' give girls the wrong ideas, and some girls look at Cardi B's story as a dream come true so if she says it, I am going to do it. We need the authorities to step in and the public, the adults in the room to step up," Ramona Samuels told Loop News reporter Claude Mills. 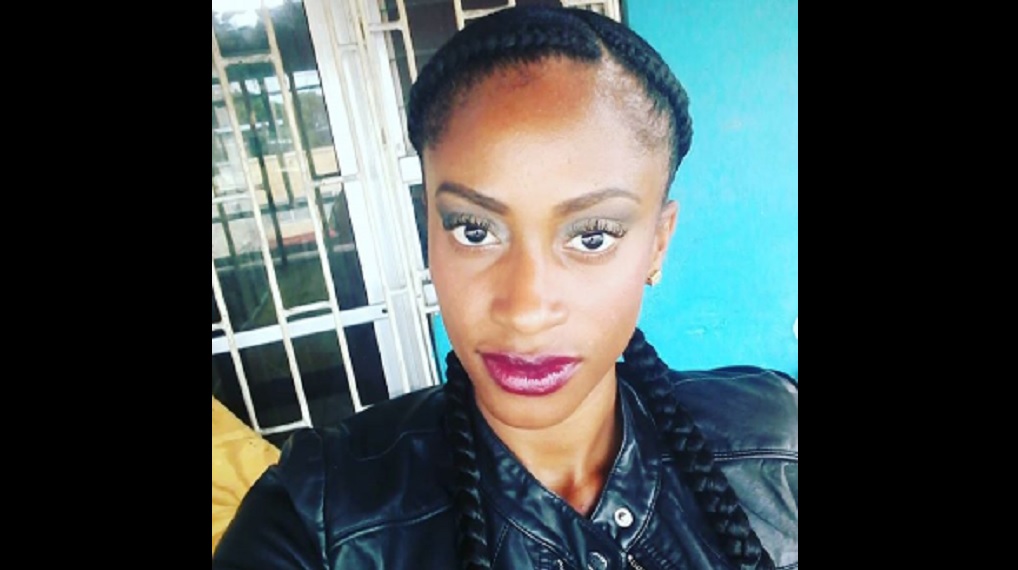 Samuels... says our culture can be misleading to our minors.

However, Samuels' one-woman campaign is not gaining much traction in the mainstream press, or even from reggae artistes online.  A self-confessed lover of the dancehall genre, she is unfazed by the steep uphill battle to remove lewd songs from the public space.

In a lengthy IG post, she waxed poetic about her love for dancehall, saying:

"One of my favourite genres of all time #DancehallMusic my culture, my love, part of my identity as a hot and happening woman. Dancehall's grit is what makes it so appealing. The rawness, the fun vibe, the togetherness it brings amongst our people in the parties and streets is unmatched. Knowing all of that, I have identified a major FLAW, a flaw so disturbing, I had to form this initiative @excusemedriver1.

She is an advocate for self-censorship and self-monitoring on the part of bus drivers, taxi drivers and conductors.

"The truth is, our culture (along with MANY other things), can be misleading to our minors. When we expose them to that rawness and grit we are NOT sending the right messages NONE at all. Best thing to do right now is play CLEAN VERSIONS ONLY or UPLIFTING REGGAE MUSIC MORE SO THAN NOT when we are dealing with our minors. This helps to keep the culture respected," the post said.

Samuels believes that the Excuse Me Driver campaign will work because "lots of people support in silence because they are mercilessly apprehensive about holding our precious culture accountable".

"I have got support from Gramps Morgan, Shane O and Gyptian, emails, DMs, and such come in with praises from those who agree but are not as vocal. This is a very ticklish subject for Jamaicans but they have been crying in vain. That is why the media needs to make noise," Samuels said.

Will it work? We wonder.

'It wasn't about being crude': Valedictorian defends 'bad word' use

Let's Talk: Should entertainers be allowed to use 'badwords' on stage?