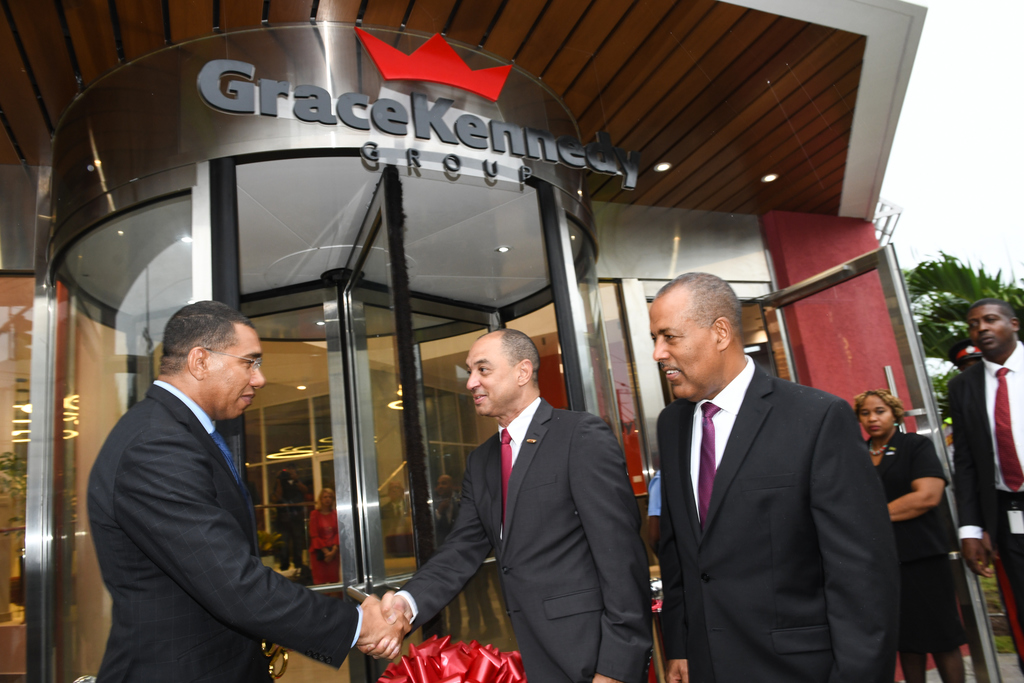 The "most beautiful building in downtown Kingston", is how GraceKennedy CEO Don Wehby is describing the company’s new headquarters, which was officially unveiled on Wednesday.

A throng of dignitaries and diplomats gathered at 42-56 Harbour Street to celebrate the official opening, with GraceKennedy senior management and staff.

The facility, which was constructed by Chinese company China Sinopharm International Corporation (CSIC) took two and a half years to be completed.

According to the GraceKennedy boss, the building was constructed mainly by Jamaicans.

He said after news broke that the contract to construct the facility had gone to CSIC and criticism started to pour on the company, he made an agreement with the Chinese entity that 150 of the 180 employees needed for construction would be Jamaicans.

“After the construction started, the criticisms changed to praises and the end result is the "most beautiful building in downtown Kingston", where the company's founding members, in 1922, made a commitment that the headquarters should always be,” Wehby said.

Click the gallery for more photos from the official opening.

Wehby said that the building represents a fresh chapter in GraceKennedy's book as it speaks to the honesty, integrity and trust that the entity has exhibited.

Among the features of the new building are solar panels, which will provide 30 per cent of the power supply the facility needs, while there is provision for rainwater harvesting for landscaping and other usages. 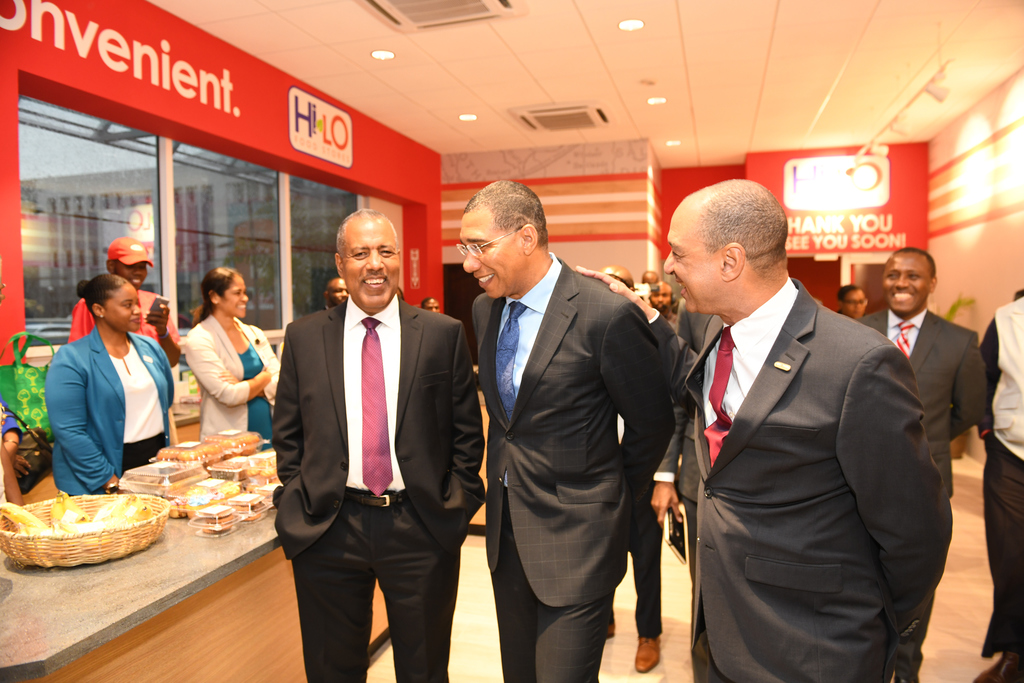 Meanwhile, Prime Minister Andrew Holness said the building is helping to change the waterfront skyline and is in keeping with the spirit of the country, which has been fuelled by the recent economic upturn the country is experiencing.

Holness said that because there is a commitment to reducing the island's debt, there is a level of confidence and certainty in the business sector that is helping to spur investments as the new GraceKennedy headquarters.
Meanwhile, Mayor of Kingston said the building is helping the Kingston Municipal Corporation to achieve the goal of being the "Pearl of the Antilles".

He GraceKennedy has played a major role in the redevelopment of downtown Kingston, with other corporate entities following suit.

The official function also heard from Marcus Foster, who was amongst the 150 workers from the community that worked on the building. He said that it has transformed his life, as he moved from being labourer to learning trade over the period.