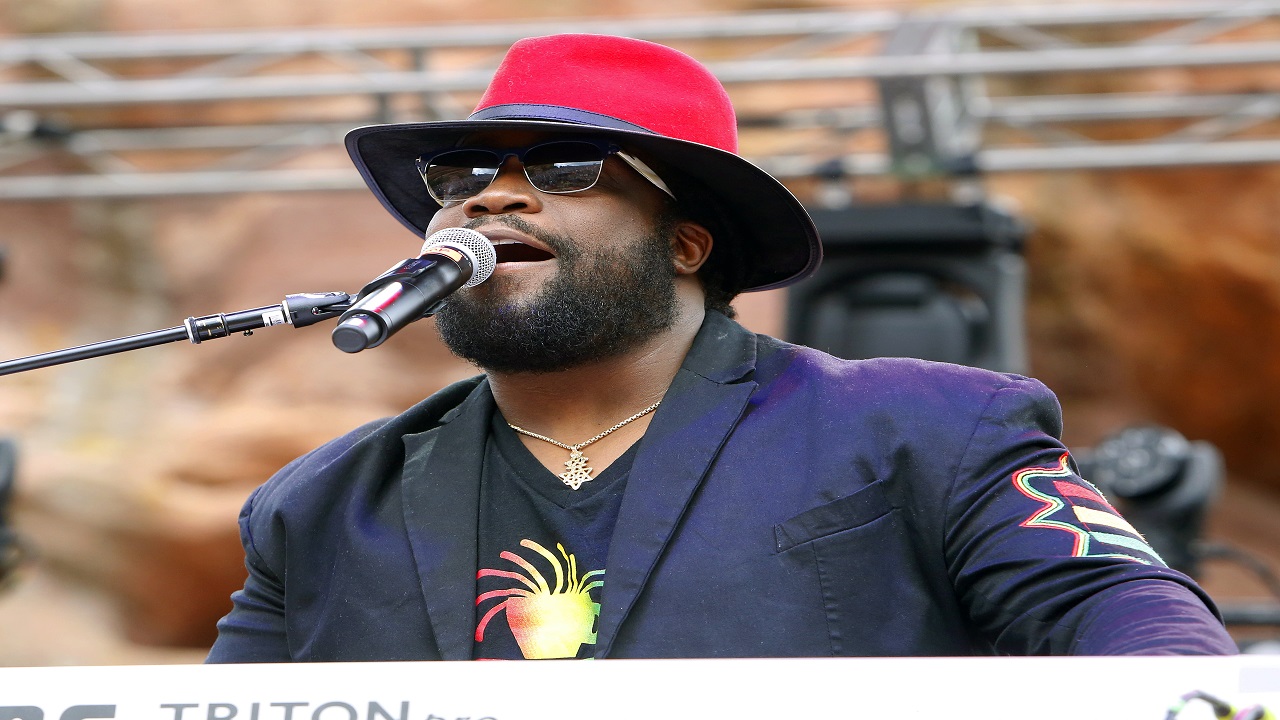 Alongside Nashville's famous row of honky-tonk bars and nightclubs, a new island-inspired sound is emerging in Music City thanks to a Grammy-winning ambassador for reggae music.

Morgan Heritage started in the early '90s as a sibling band whose father is Jamaican reggae singer Denroy Morgan. Brothers Peter "Peetah," Memmalatel "Mr Mojo" and Roy "Gramps" Morgan were raised in Massachusetts, but added a Southern touch to their latest album, "Avrakedabra," which was partially recorded in Nashville and is nominated for a Grammy for best reggae album.

Singer Roy "Gramps" Morgan has made Tennessee his home for five years, after being encouraged to visit the city by their Grammy-winning producer Shannon Sanders, who has worked with India.Arie, John Legend and Jonny Lang.

"Coming to Nashville has changed my life," Morgan told The Associated Press. "Just being among the best songwriters. I remember going to a session with Keith Urban and just watching him. The musicianship, that's what kills. That's what we grew up on as a family."

Historically there is a long connection between country music and reggae music. Morgan said that Jamaicans could pick up powerful short wave radio stations from the United States playing artists like Jim Reeves and Patsy Cline, and they also idolized Western films that also featured a lot of traditional country songs. His mother used to play Dolly Parton and Randy Travis, alongside Jamaican artists Toots and the Maytals.

"If you follow reggae music and country music, it's a lot of storytelling," Morgan said. "In reggae we tell the story of people suffering."

Now Morgan is trying to introduce Nashville to reggae. He hosted a regular rooftop reggae party last summer at Acme Feed and Seed, a popular downtown music venue and club, and served as DJ for a local radio station where he spun reggae records and talked about his musical influences. This is all part of his efforts to keep the genre sounding fresh.

"We cannot afford for our genre to be stagnant," Morgan said. "You have reggae from Canada, Germany, Italy, California and right here in America, right here in Nashville, Tennessee."

Sanders said he felt an immediate kinship to Morgan Heritage, given that they also grew up listening to American rock 'n' roll, soul, R&B and gospel.

"He was able to make reggae make sense to me in a lot of ways," Sanders said. "I started getting deeper and deeper into it, since knowing him."

The band's previous album, "Strictly Roots," won the Grammy for best reggae album in 2016, and since the win, they've had to keep up an ambitious international touring schedule. The siblings staying on Reunion Island in the Indian Ocean when they came up with a song called "One Family."

Morgan said he immediately thought about reaching out to collaborate with another reggae family, Ziggy and Stephen Marley, sons of reggae icon Bob Marley.