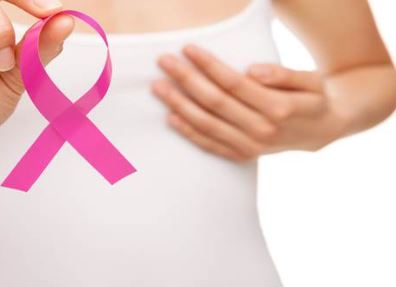 According to the Jamaica Cancer Society (JCS), approximately 60 per cent of breast cancer cases diagnosed in Jamaica is among women, between the ages of 25 and 59 years.

Fresh concern is being raised about the increasing number of younger women who are being diagnosed with breast cancer in Jamaica, despite the fact there is no family history of the disease in a large percentage of the cases.

The information emerged at a think-tank session on Thursday, September 26, organised by The Jamaica National Group entitled: Beyond Breast Cancer. It was organised as part of the company’s “Power of Pink” campaign for Breast Cancer Awareness Month, internationally observed in October.

According to the Jamaica Cancer Society (JCS), approximately 60 per cent of breast cancer cases diagnosed in Jamaica are among women between the ages of 25 and 59 years.

Executive director of the JCS, Yulit Gordon, further noted that a recent survey conducted by JCS and The University of the West Indies found that the median age for women diagnosed with breast cancer in Jamaica is 52 years old.

“This is eight years younger than the global average, which is 60 years old,” she said. “That is why we cannot over-emphasise the importance of education among our population; and for us to start having the conversation with our young women and men at the university level, or even earlier.”

Through the Power of Pink campaign, The JN Group will raise funds to assist in the fight against breast cancer. The funds will be donated to the JCS and Reach to Recovery to provide treatment for persons battling the disease.

Senator Dr Saphire Longmore, consultant psychiatrist and breast cancer survivor, who was also a guest at the forum, noted that the 25 to 59 age group represents the most productive years for women in the Jamaican society.

“Not just productive in terms of economics, but also in terms of the family units that they tend to head. Even if there is a male figure in the family, the female plays a particular role that no one can substitute and when something like cancer rears its head in that family unit, every single member is affected,” she said.

It is estimated that one in 21 women will be diagnosed with breast cancer, which is the leading cancer and the leading cause of cancer-related deaths among Jamaican women.

Gordon further said although family history and genetics are important risk factors for breast cancer, it was recently established that up to 80 per cent of women diagnosed with breast cancer in Jamaica had no history of family members with the disease.

She pointed out that this calls for greater vigilance among Jamaican women, as many of the traditional risk factors for breast cancer are changing.

Kamala McWhinney, psychologist and breast cancer survivor, who chaired the forum, noted that many persons often associate breast cancer with women in their 60s, which is a dangerous misconception. She was diagnosed with the disease shortly after her 30th birthday and had no previous family history of breast cancer.

McWhinney, who has been cancer-free for five years, said early detection saved her life.

“This is why it is so essential to get the message to women that early screening is important; and that screening should be done, in my estimation, as soon as their mammary glands begin to develop,” she advised. “It is important to be vigilant about what’s happening in the breast tissue because younger and younger women are being diagnosed.”