More Kohli brilliance not enough as Windies hit back 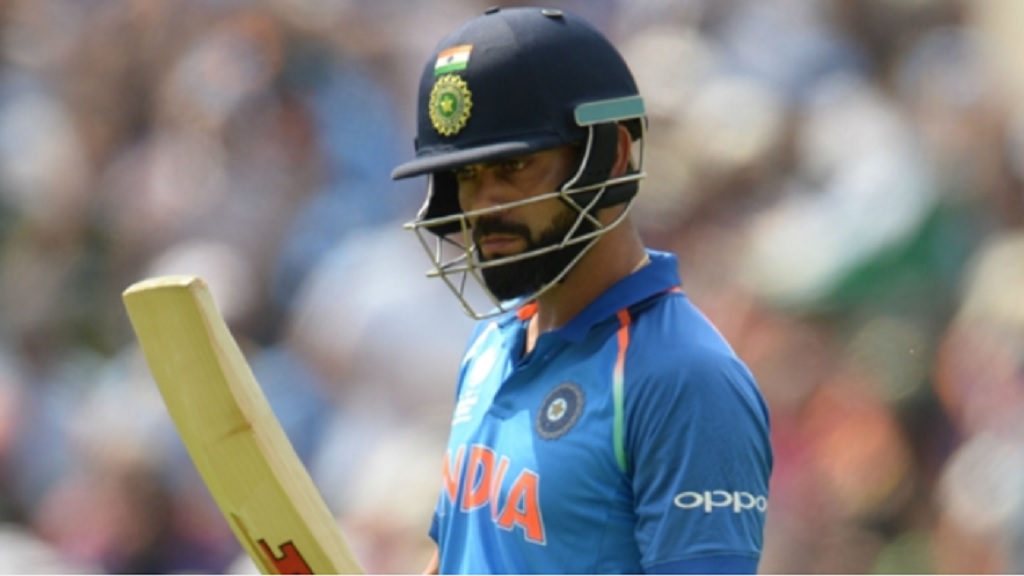 Virat Kohli became the first Indian player to score centuries in three consecutive One-Day Internationals (ODIs), but could not inspire his side as West Indies drew level in the series with a 43-run victory on Saturday.

The India captain reached 10,000 career ODI runs in record-breaking time in the previous match, yet there was to be no repeat of the dramatic draw of the second match.

Shai Hope hit an assured 95 and Ashley Nurse managed 40 off only 22 balls as West Indies reached a solid 283-9, with Jasprit Bumrah (4-35) easily the pick of the bowlers.

India required Kohli to lift them in their response and he did for a time, scoring 107, but the runs slowed and the skipper's wicket all but confirmed victory for the tourists before Marlon Samuels finished the job with three late wickets to limit the hosts to 240.

Bumrah removed both Windies openers in a hostile opening spell, Chandrapaul Hemraj edging behind before Kieran Powell was squared up by a peach of a delivery and nicked to Rohit Sharma at first slip.

Khaleel Ahmed got in on the act by removing Samuels, but the in-form Shimron Hetmyer added some impetus by smashing 37 from only 21 balls - including three sixes - as Hope ticked along at the other end.

Kuldeep Yadav reduced the Windies to 121-5 by seeing the back of Hetmyer, expertly stumped by MS Dhoni, and Rovman Powell, so it was very much on Hope to get the Windies up to a challenging total.

The number three brought up his half-century off 72 balls and continued to play sumptuous drives off the back foot before falling five short of a century when the magnificent Bumrah made a mess of his stumps with a rapid yorker.

Nurse provided some much-needed late fireworks, taking 14 off three deliveries in the penultimate over from Bhuvneshwar Kumar as he and Kemar Roach put on 56 for the ninth wicket in just six overs.

Jason Holder (2-46) got a big breakthrough early in India's run chase when he cleaned up Rohit in the second over, but Shikhar Dhawan (35) and Kohli put in 79 before the opener was trapped leg before by Nurse.

Obed McCoy could have had two wickets in as many balls had Hetmyer caught Rishabh Pant straight after bowling Ambati Rayudu, with the classy Kohli untroubled at the other end.

Nurse returned to snare Pant caught behind, before Dhoni met the same fate off Holder's bowling.

Kohli soon reached his century, but wickets were now falling with some regularity and three went in consecutive overs.

Kumar was caught at sweeper cover and then, with India's hopes hanging by a thread, Kohli was bowled by Samuels (3-12). Yuzvendra Chahal's dismissal moments later just compounded the home side's misery.

The chase was all but up, yet the devastating Samuels ensured India would not even play out their 50 overs, wiping out Ahmed and Bumrah to bring the Windies level in the series at 1-1.