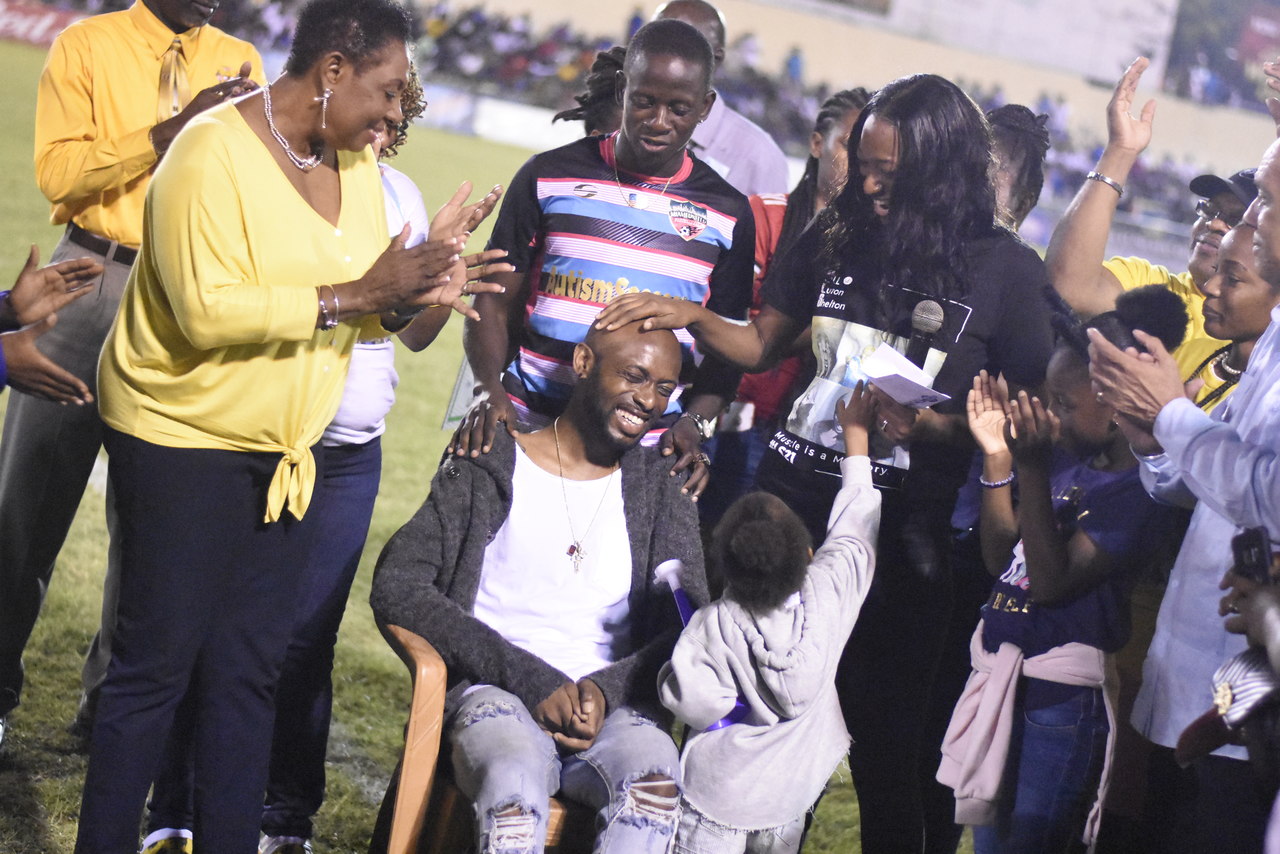 Luton Shelton is expected to receive more help in his battle against Amyotrophic lateral sclerosis (ALS) amid plans for a benefit match in the United States, the proceeds of which will be given to the former national football player.

According to Carvel Stewart, Chairman of Shelton’s local Red Stripe Premier League club, Harbour View, the match will be one of two other initiatives being planned to raise funds to help in offsetting the cost for his treatment.

This will be in addition to Harbour View giving Shelton part proceeds of Monday’s gate receipt from the home match with Mount Pleasant United, which they lost 2-1.

Before the RSPL match, Harbour View Masters and Violet Tourers played a friendly encounter, to show support for Shelton. Some of the island’s former internationals, as well as top players in the Premier League, took the field. 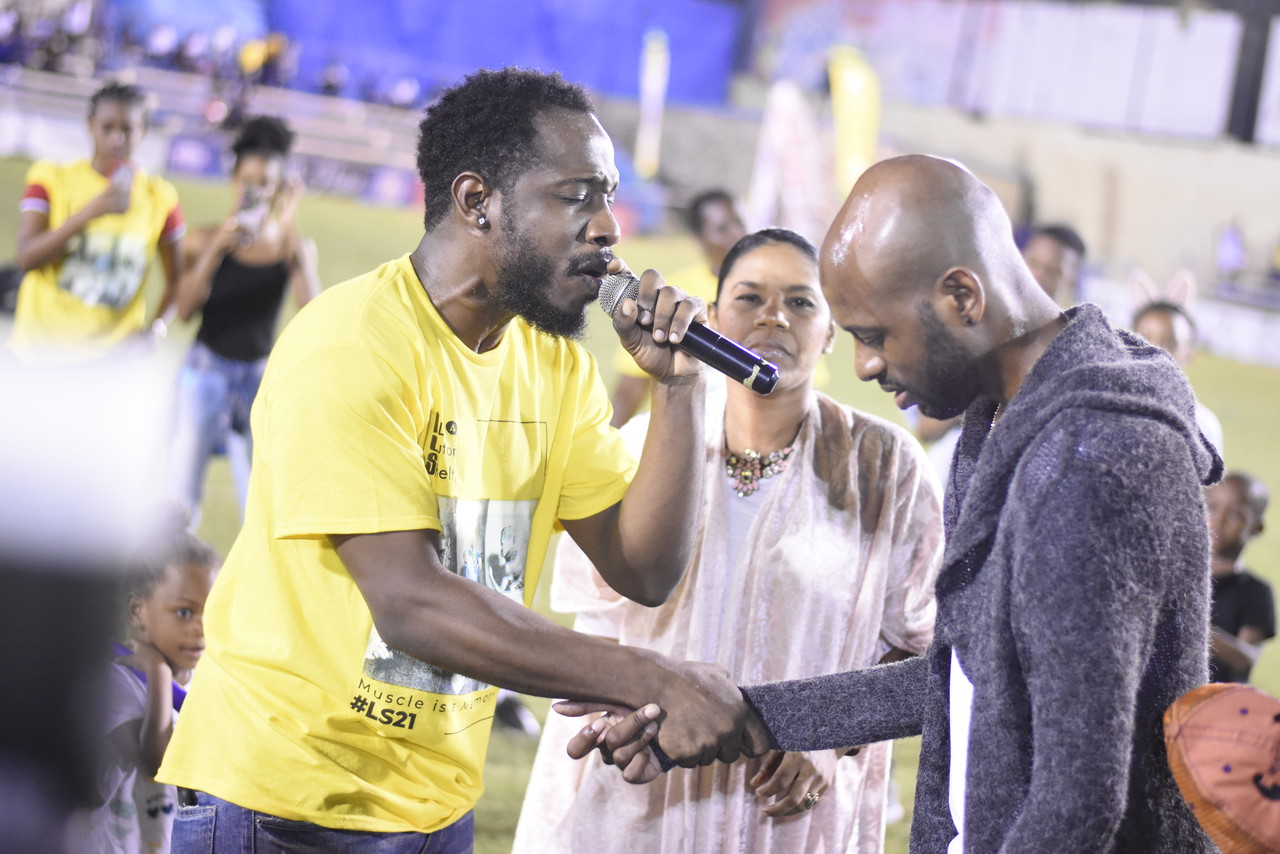 Stewart said, “some of our people in North America have indicated an interest in doing a similar thing (benefit match). We had done that for Cobra Gaynor in New York, where we organised a game, from which all the proceeds went to the family, so we are looking at that.”

According to Stewart, in an interview with Loop News’ reporter Job Nelson, the match could be either in New York or Florida, with his personal preference being Florida, because of the cold weather this time of year in New York.

Shelton is the second Harbour View player to have been diagnosed with ALS, as Barrington ‘Cobra’ Gaynor, who like Shelton was a former Jamaica international, also suffered from the illness. Gaynor died in 2011. 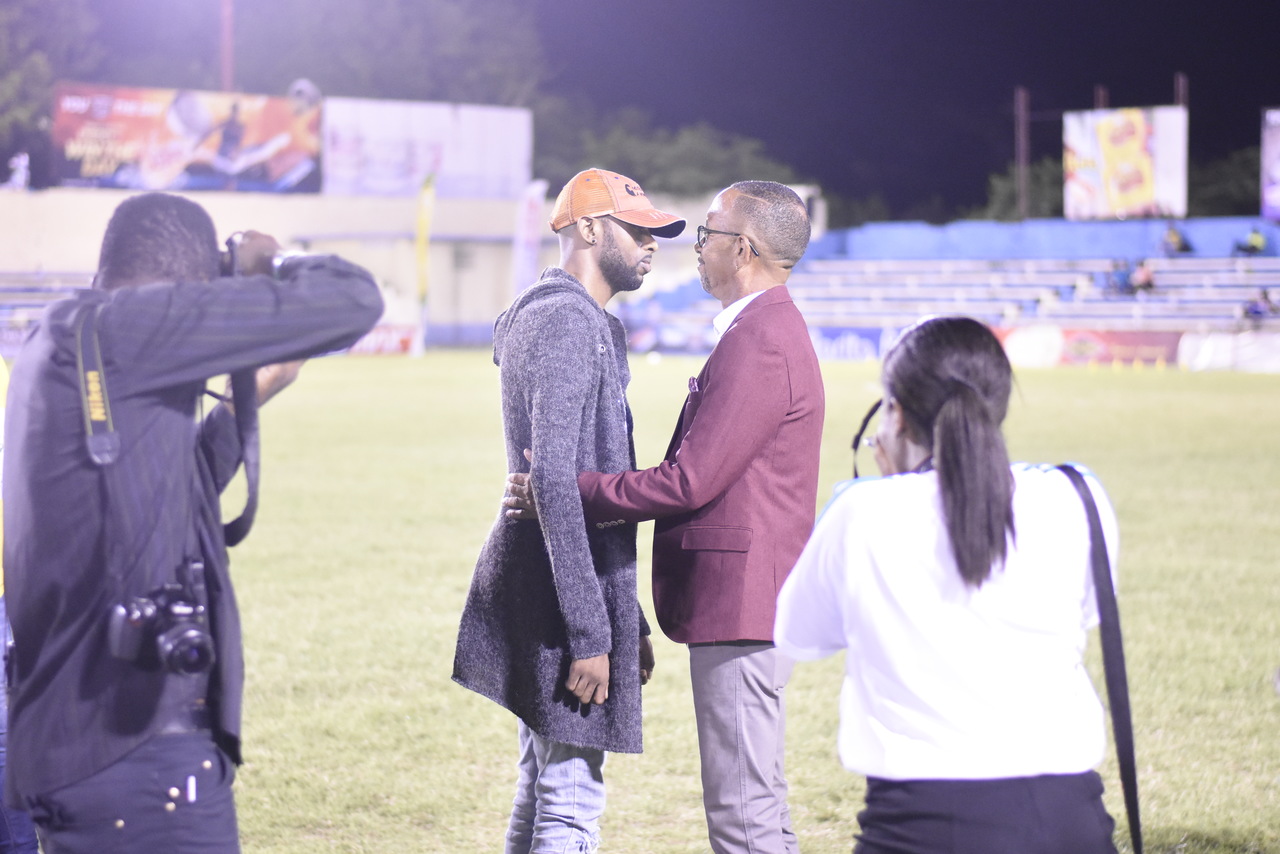 Stewart said that Harbour View and the Jamaica Football Federation (JFF) are making plans for another initiative to help raise funds in the effort to assist Shelton. He said that the island’s football governing body should be making an announcement and giving details about the initiative shortly.

Meanwhile, Stewart said that while they have placed a cap of US$80,000 on a GoFundMe online account for Shelton, there is no specific target on what they want to achieve locally.

“With these major illnesses, you have to do things to prevent them from coming back,” Stewart said.