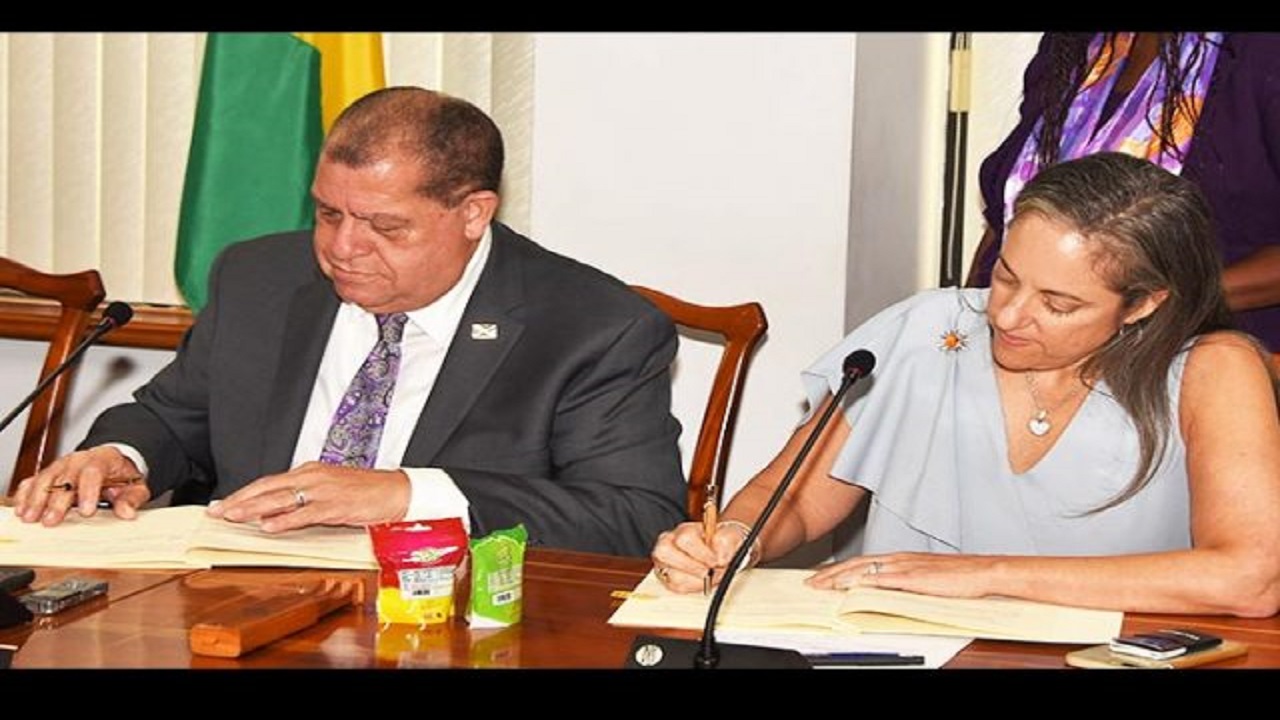 The Government’s Credit Enhancement Facility (CEF) for micro, small and medium-size enterprises (MSMEs) has been significantly boosted by a $2.56-billion (US$20-million) loan from the Inter-American Development Bank (IDB), the Jamaica Information Service has reported.

The provision has increased the CEF’s funds, which are managed by the Development Bank of Jamaica (DBJ), to $3.01 billion, up from some $450 million.

This now enables the DBJ to provide partial guarantees to affiliated Approved Financial Institutions (AFIs) to cover up to 90 per cent of the sum on individual MSME loans not exceeding $49.3 million, for up to 10 years.

Finance and the Public Service Minister, Audley Shaw; and IDB Executive Vice-President, Julie Katzman, signed the loan agreement at the Ministry’s offices in Kingston on September 6.

Activities for which loans are eligible for partial guarantees include agriculture and agribusiness, business services, construction, energy, manufacturing, retail, tourism, and trade and distribution.

Additionally, financing of investments related to the purchase of equipment and machinery; expansion projects; and the increase in permanent capital, all directly related to MSME activities, will also be eligible.

Shaw welcomed the IDB’s support for the Government’s credit enhancement programme, which he said is designed to address the lack of adequate financing for MSME investments to stimulate growth and productivity in Jamaica.

He said the programme provides a platform for MSMEs to develop new and creative industries and increase the number of new entrants to the sector.

This, the Shaw explained, by reducing the upfront capital requirements for start-up, while strengthening the capital base for existing stakeholders, thereby enhancing the prospects for them to increase their business opportunities.

Shaw said the programme is consistent with the Economic Growth Council’s (EGC) proposal for improved access to financing by MSME entrepreneurs. This, the EGC contends, will contribute to the generation of five per cent growth being targeted within four years.

The minister pointed out that the Government is cognisant that MSMEs are pivotal stakeholders and partners in the quest to achieve significant economic growth, job creation and development, noting that the sector accounts for approximately 80 per cent of the jobs generated.

In her remarks, Katzman said partial loan guarantees have proven to be key in bridging the divide limiting MSMEs’ access to financing.

This, she said, not only in partially mitigating the risks taken by financial institutions, but also forging relationships with MSMEs that would facilitate future lending arrangements not requiring partial credit guarantees, thereby strengthening the overall financial system.

For his part, DBJ Managing Director, Milverton Reynolds, who indicated that the Bank currently has guarantees totalling $842 million on its books, said the IDB’s provision “will really allow us to scale-up this (credit enhancement) programme”.

He pointed out that the DBJ has facilitated guarantees totalling more than $1.5 billion under the CEF since its establishment eight years ago, adding that the payout, to date, has totalled approximately 1.8 per cent.

Reynolds also advised the DBJ has benefited from technical assistance that will allow the institution to process and issue electronically rather than manually, as now obtains, adding that “this will enable us to monitor and manage the programme far more effectively and efficiently.