Moon dust collected by Neil Armstrong to be sold at auction 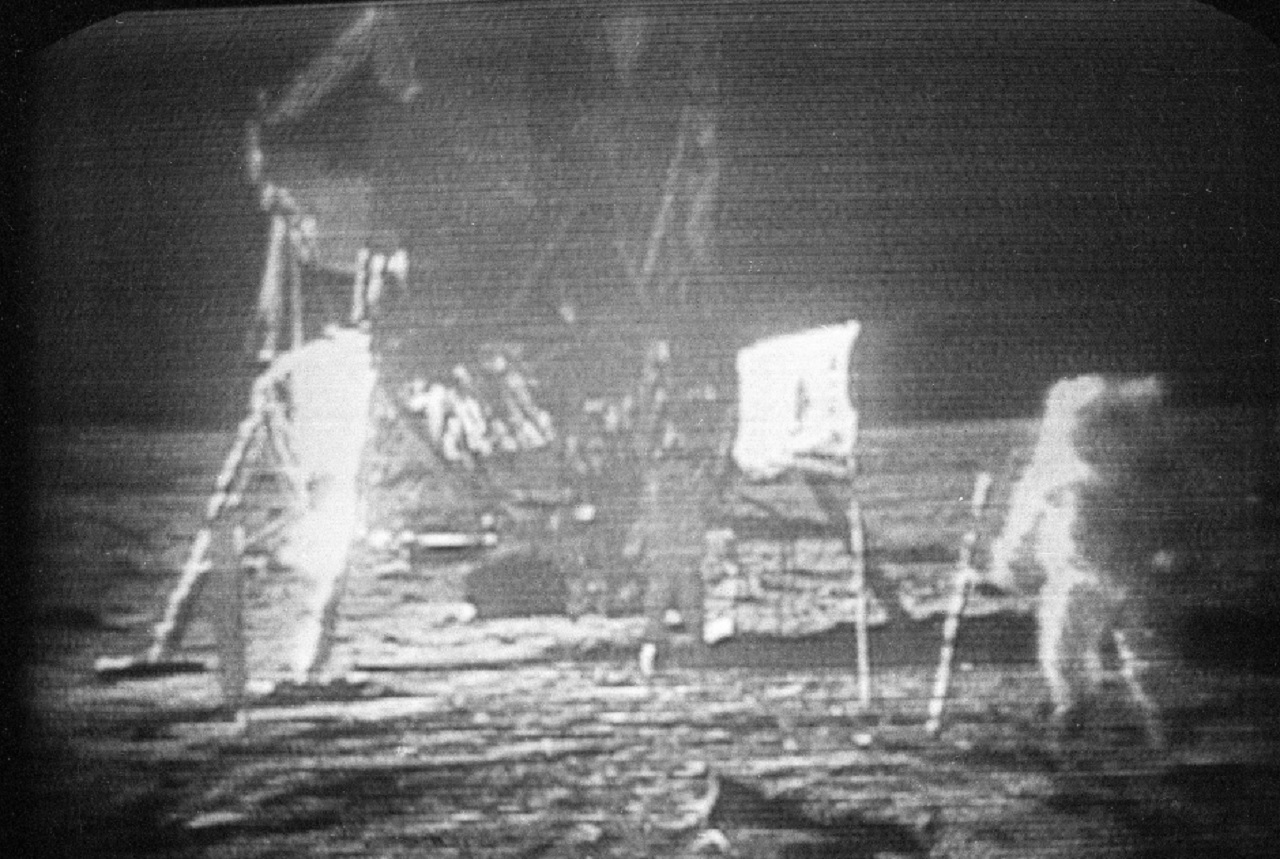 In this July 20, 1969 file photo, Apollo 11 astronaut Neil Armstrong, right, trudges across the surface of the moon leaving behind footprints. Moon dust collected by Armstrong during the first lunar landing is being sold at a New York auction.

Moon dust collected by Neil Armstrong during the first lunar landing was displayed Thursday at a New York auction house.

The lunar dust and some tiny rocks the late astronaut collected are zipped up in a small bag and are worth an estimated $2 million to $4 million.

They're just some of the 180 lots linked to space travel that Sotheby's is auctioning off to mark the 48th anniversary of the first lunar landing on July 20, 1969.

The moon dust is undoubtedly the star of the sale — the first sample of Earth's satellite ever collected.

The bag has been on a nearly half-century trajectory during which it was misidentified and nearly landed in the trash. About two years ago, it appeared in a seized assets auction staged on behalf of the U.S. Marshals Service. The current owner, whose name has not been made public, bought the treasure and decided to send it to NASA for testing.

After a legal tussle, a federal judge granted the owner full ownership.

Other items on the auction block are Armstrong's snapshot of fellow Apollo 11 astronaut "Buzz" Aldrin standing on the moon, with an estimated value of $3,000 to $5,000. Also being sold is a documented flight plan astronauts used to return to Earth.

Armstrong was the first man to walk on the moon. He died in 2012 in Ohio.

The United States was not the first to venture into outer space. In April 1961, Soviet cosmonaut Yuri Gagarin was the first human to visit outer space, in a spacecraft that orbited Earth.

Scientists: Moon over the hill at 4.51 billion years old