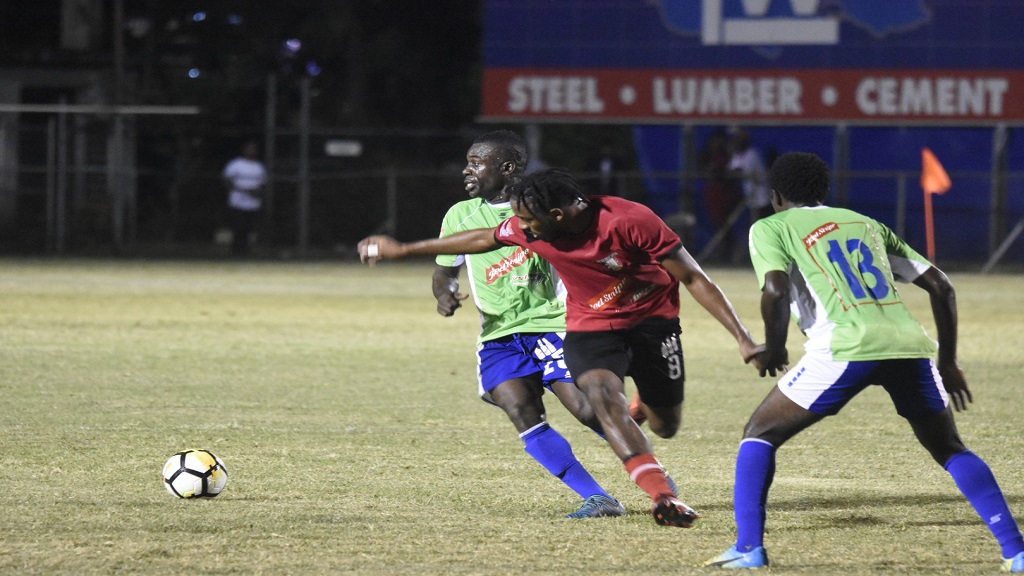 The point earned by both teams kept them in their respective positions. Arnett are sixth in the points standing on 11 from their eight matches with Montego Bay one behind and in 10th position.

Tivoli Gardens are leading the table with 16 points, two ahead of second-place and defending champions Portmore United and debutants Mount Pleasant Football Academy.

Tivoli jumped to the top with an away 1-0 victory against Portmore United at the Spanish Town Prison Oval on the opening day of Match Day 8 on Sunday.

In the Monday Night fixture, the first half between Arnett Gardens and Montego Bay United lacked goalmouth action.  The closest both teams came to scoring was a miscued cross from the left by Arnett’s Damari Deacon that bounced off the right goalpost.

In the second half, national player Fabian Reid missed a couple of chances for Arnett but connected sweetly with a volley after a cross from the right that forced goalkeeper Alan Miller to pull off a save.

"It is a tough result but we have to give thanks for the one point because we should have won the game, said Williams.

"Tonight was one of the best team performances that we have had so far in the season as all the players were playing to instructions. The only thing that was the problem today was the patience of us getting the ball in the back of the net," Williams further said.

Montego Bay’s coach Vassell Reynolds was pleased with the result.

He said,  “the point is good in the context of the situation.  I am happy as we had been conceding a lot of goals before now.

“We created a couple of  chances and probably with a little more composure could have gotten three points, but I think it was a fair result."