Montego Bay to be twinned with a Spanish city 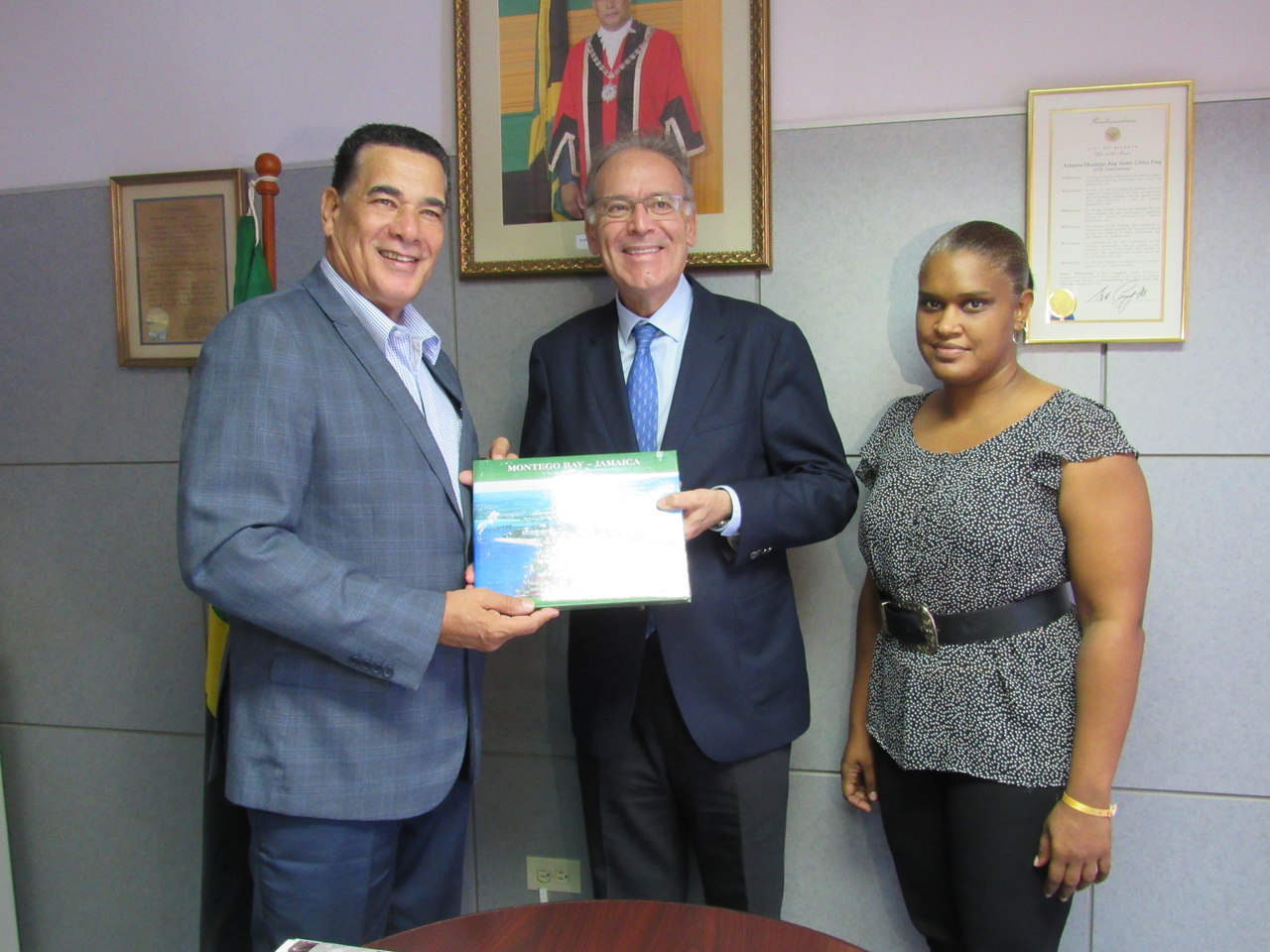 Montego Bay Mayor, Homer Davis (left), presents a book on the history of Montego Bay to Spanish Ambassador to Jamaica, Josep Bosch, after the ambassador paid him a courtesy call on Monday. Looking on is Project Manager with the Spanish Jamaica Foundation, Vanessa Meggoe.

Mayor of Montego Bay, Homer Davis, has indicated that discussions have commenced for Montego Bay to be twinned with a Spanish city.

This follows talks between Mayor Davis and Ambassador of Spain to Jamaica, Josep Bosch, who visited the mayor at his parlour at the St James Municipal Corporation in Montego Bay on Monday.

Following the visit by the Spanish diplomat, Mayor Davis disclosed that discussions will be held between the municipal corporation and the Spanish Ambassador’s office to select a city to which Montego Bay will be twinned.

“The St James Municipal Corporation welcomes the twinning, as it will be mutually beneficial. We have not yet officially selected the Spanish city to which Montego Bay will be twinned, but I am confident that the process will be completed in short order, and that almost immediately that is done, the benefits will be seen," Mayor Davis declared.

He said with its similarities to Montego Bay in areas such as tourism, commerce and other small industries, Madrid could be the city selected for the twinning.

“Montego Bay shares a lot of similarities with Spain. Tourism, commerce, cottage industries, among others, and I am sure that this planned twinning exercise will bring new benefits to the people of both cities. There is a lot that we can learn from our Spanish counterparts, and I am sure they are also open to the idea of learning from us,” the mayor suggested.

Already, Montego Bay is twinned with Atlanta in the United States, Hangzhou in China, and Varadero in Cuba.

Meanwhile, Ambassador Bosch, who was on a fact-finding mission in Montego Bay, said he is looking forward to the twinning, as there are several benefits to be derived from it.

Outsource to the Caribbean Conference held in Montego Bay