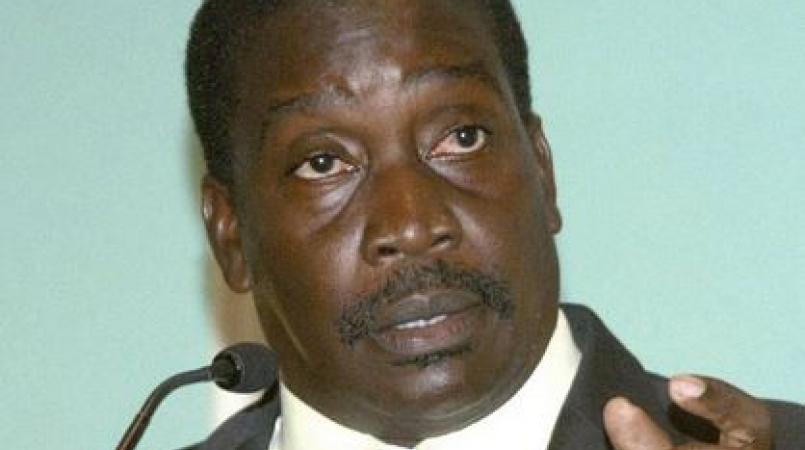 Former National Security Minister, Robert Montague has come out to reject suggestions that he acted improperly in regards to his role of returning a gun license to a holder who was under investigation for lotto scamming and  who had his licence turned down twice by the Firearms Licensing Authority (FLA).

The minister in a release said the decisions made by him while occupying the post of Minister of National security were in the interest of that portfolio and the safety & security of all Jamaicans.

Montague in the release insisted that he did nothing wrong while noting that as national security minister he always acted in the interest of Jamaicans.

Montague told journalists on Friday that the man in question was a “national security asset” who had previously received a gun permit under the People’s National Party Government but which was subsequently revoked.

He also said the decision to reinstate the permit was taken by a six-member committee.

In responding to reports that the man was a member of a gang and involved in lottery scamming Montague, who is now Minister of Transport and Mining, said “This person in question had been charged previously under the lottery scamming legislation. The charges were however thrown out by the courts as no evidence was ever provided,” said Montaque.

The minister said subsequently, the police officer who had charged the person in question was alleged to be corrupt and was separated from the police force."

Montague said the revocation of the license was prompted by two anonymous and unsigned letters containing allegations of criminal conduct.

Montague noted that under Sections 37 and 37A of the Firearm Act, the minister of national security is empowered to make the final determination regarding the issuance of a licence. However, he said that a panel adjudicated 209 appeals between March 2016 and April 2018, with 29 cases being overturned.

"As minister, I took the additional policy decision to improve the governance of this process. I empaneled a committee of six persons (who were very senior within the national security framework to sit as a part of an appeals panel. I did not do it alone."

He also said that although the man was from his Western St Mary constituency, that did not factor in the ruling. He also revealed that throughout the appeal process, the appellant became a national security asset.

He said the information provided by the man who has since left the country out of fear for his personal security, regarding the FLA “unearthed scandalous issues that were associated with the entity. Proof of these issues was provided by him, and actions have been taken, including FLA personnel being fired and/or arrested.... "