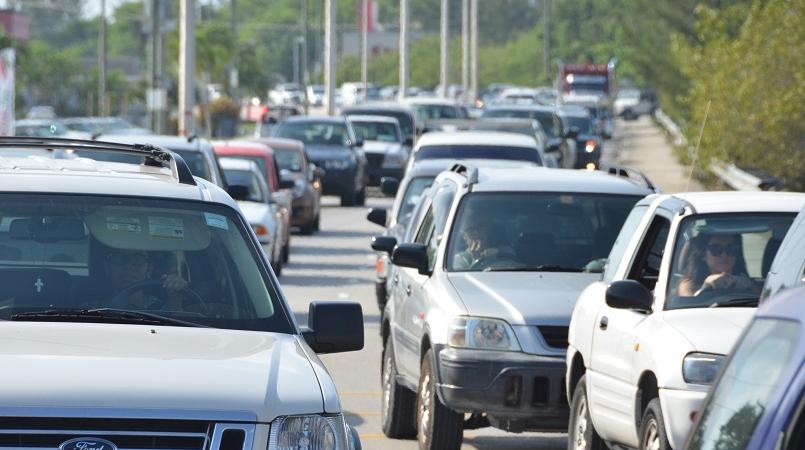 A large number of motorists were left stranded in hours-long gridlock in sections of the Corporate Area on Monday, the first school day since the lockdown of the major intersection at Three Miles.

Motorists fumed at their experience which they said was a total contrast to last week when the new Public Safety and Traffic Enforcement (PSTE) branch was launched and managed to facilitate smooth traffic flow for commuters, including parents bringing their children to schools which began to reopen after the summer holidays.

However, with the new academic year getting off to full swing on Monday morning, many were left disappointed.

“I believe what we are seeing this morning is the system facing its true test, with all schools officially opened this morning,” said Errol Brown, one motorist who said he was left stuck in traffic along Washington Boulevard for more than an hour trying to make his way to Half Way Tree.

He was one of several motorists who spoke to Loop News and gave their views on what they believed caused the gridlock. Some motorists blamed the traffic restriction at Three Miles, which they argued caused a strain on the systems in place in other areas.

“It was horrible; I tried making my way along Waltham to downtown Kingston and what would normally take minutes took over an hour,” said a motorist in Half-Way Tree, Damion Whyte.

So bad was the traffic that some taxi operators refused to accept requests for charter services.

“Based on what we saw, it never make no sense,” Kevin Samuels, a taxi operator who plies his trade from Molynes Road to Half Way Tree, told Loop News.

“That would just mean a waste of time; a work that would normally take 10 minutes would take over an hour this morning,” he said.

Last week, the National Works Agency (NWA) advised motorists that effective Sunday, the east and westbound approaches to the Three Miles intersection, along Spanish Town Road, were to be closed for eight months.

The closure effectively closed the Three Miles intersection to through traffic.

The closure is to further facilitate the ongoing bridge construction works at the location.  A double tier overpass bridge is being constructed at Three Miles as part of the Hagley Park Road Improvement Project.

The overall project, which includes the widening of the road from two to four lanes and the installation of new sewer, water and storm water drainage features, is valued at US$56.5 million. The project is scheduled to be completed in June 2019.