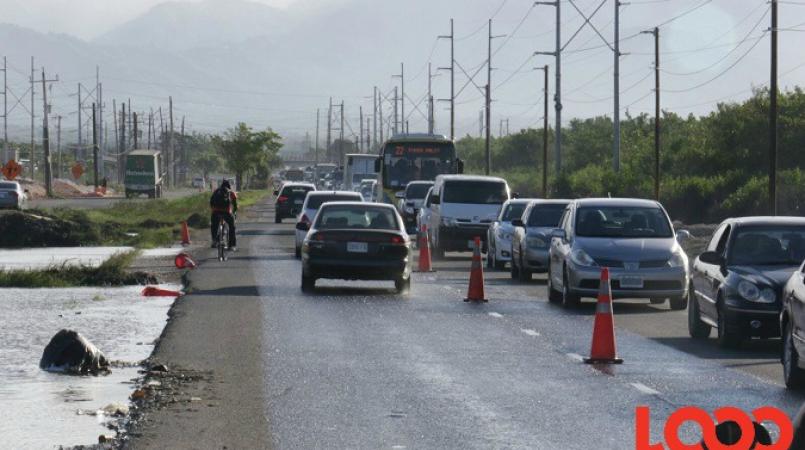 After more than a week of industrial action and with increasingly tight deadlines, the unions representing workers on the Mandela Highway reconstruction project and top personnel from the National Works Agency (NWA) are set to meet on Monday to try and hammer out a back-to-work formula.

The meeting, which was brokered by the Office of the Prime Minister (OPM) followed a breakdown in talks between the workers and lead contractor, China Harbour Engineering Company (CHEC).

Some workers have accused the company of docking their pay, which CHEC has denied.

The protesting workers have also accused CHEC of disrespect through either failing to talk to them or telling them to “take it or leave it”.

CHEC has also denied those claims, but at least 20 truck drivers who claim that they are being short paid, have remained off the job.

The deadline to complete the improvement work on the busy thoroughfare is December 2018.

Meanwhile, some workers on the Three Miles/Hagley Park Road improvement project also walked off the job last week, voicing similar concerns about their colleagues on the Mandela project.

Last Wednesday a meeting was held at Jamaica House involving the Permanent Secretary in the OPM, Audrey Sewell; representatives of CHEC; the NWA and the Ministry of Labour and Social Security.

However, of note was that the Bustamante Industrial Trade Union (BITU) and the Union of Clerical Administrative and Supervisory Employees (UCASE), which represent the workers, were absent from that meeting.

While CHEC is yet to respond publicly to the claims, it has also been accused of not paying workers for overtime work done, along with poor work conditions, and the workers having a lack of access to potable water on the work sites.