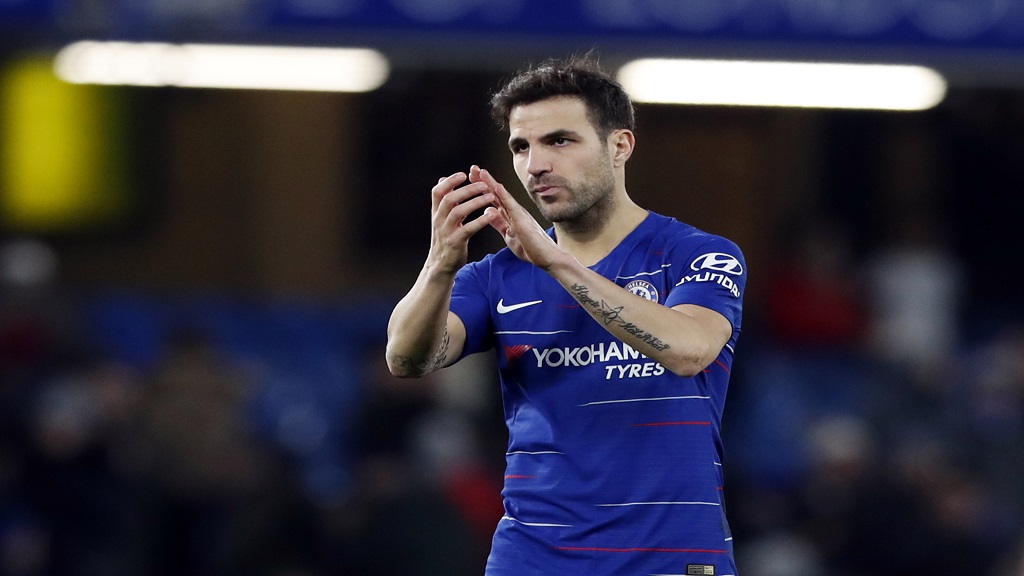 The deal reunites Fabregas with Thierry Henry, who played with Fabregas at Arsenal and is now Monaco's coach.

Fabregas has been used to being near the top of the league during spells with Arsenal, Barcelona and Chelsea. But with Monaco it will be totally different as he goes straight into a relegation scrap, with Henry's side mired in 19th place ahead of Sunday's trip to face sixth-place Marseille.

Given Monaco's precarious position, and his ability and experience, Fabregas could go straight into the side.

"It's a great pleasure to join Monaco, a new project for me," Fabregas said. "I'm here to help the team and I'm impatient to start. We have a big game against Marseille on Sunday, I'm very excited."

After starting out with Arsenal as a roaming attacking midfielder with a clinical eye for goal and a deft pass, Fabregas moved into a deeper-lying position over the years where his vision of the game and outstanding passing range helped him to remain influential in games with Chelsea.

But he was not a regular this season for the Premier League side under its new Italian coach Maurizio Sarri. Last Saturday, an emotional Fabregas applauded Chelsea's home fans at Stamford Bridge after making his last appearance for the club in an FA Cup match against Nottingham Forest.

The 31-year-old Fabregas is young enough to be considered a big signing for Monaco and he could have a major bearing on the club's chances of staying up.

Avoiding serious injury helped him to play around 650 club games and to score 121 goals — winning league titles with Barcelona and Chelsea and domestic Cup competitions with all three sides. He also played over 100 times for Spain, winning two European Championships and one World Cup.

Henry has signed two defenders so far during the transfer window: 22-year-old Fode Ballo-Toure from Lille and 36-year-old Brazilian Naldo from Schalke.

But a move for midfielder William Vainqueur from Turkish club Antalyaspor fell through, after he failed a medical due Thursday to a calf problem.

Joe Cole to return to Chelsea in new coaching role