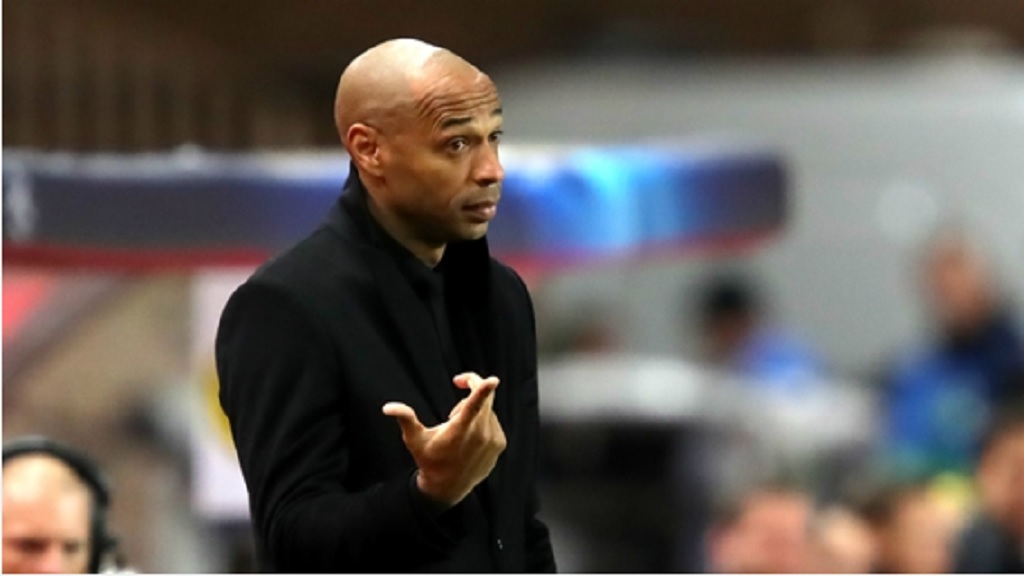 Thierry Henry has been sacked by Monaco, with the struggling Ligue 1 side confirming the return of the club's former head coach Leonardo Jardim.

Henry was suspended on Thursday and his sacking was confirmed 24 hours later, with Monaco facing Dijon in a relegation six-pointer on Saturday. Franck Passi will take charge for that game.

Monaco were already deep in trouble when Henry took charge in October but the club's former striker was unable to inspire a turnaround at Stade Louis II.

They exited the Champions League at the group stage and were knocked out of the Coupe de France at home by second-tier side Metz.

Henry's departure comes with the club a point and a place above the bottom of the Ligue 1 table, with Jardim sensationally returning to Monaco in a bid to save his former employers.

"Leonardo Jardim signed a two-and-a-half-year contract with the club and, together with his technical staff, he will take up his duties on Sunday," said a Monaco statement.

"This Friday, the club officially ended the coaching duties of Thierry Henry. Moreover, after having ensured the training this Friday, Franck Passi will be in charge of the professional team for the match of Dijon."

Vice-president and general manager Vadim Vasilyev said Monaco retain belief they can stay in Ligue 1 and he acknowledged errors in transfer strategy, coupled with an injury crisis, contributed to a baptism of fire for Henry in his first post as a manager.

"Our club is going through a very complicated time. I am ready to declare that I bear full responsibility for it," he said in a statement.

"We are forced to see that we sold too many important players during the summer transfer window and, despite considerable means invested, errors were made to replace them, which did not allow us to compose a new competitive team. The dismissal decision of coach Leonardo Jardim was similarly too premature.

"Leonardo Jardim's move to Monaco will remain, as I had the opportunity to say at the time of his departure, as one of the most beautiful pages in the club's history. We realise that the story of Leonardo Jardim with the club did not end as it should have. We should have given Leonardo a chance to continue his work.

"Thierry Henry is a legend of football but the adverse circumstances, and especially the many injuries of the players, did not allow him to quickly and effectively get his team out of the crisis. I would like to thank Thierry Henry for taking up this challenge and trying to coach the team of his home club during a difficult time. It probably would have taken longer to implement what was planned. Unfortunately, we do not have the time and we have to act and react immediately.

"That's why we made the decision to end our collaboration with Thierry Henry. We proposed to Leonardo Jardim to return to Monaco, where his work allowed to obtain excellent results during four seasons.

"The errors of the summer transfer window were taken into account, and this winter we paid more attention to recruitment and intensively worked on its reinforcement. This is how we have, as you have seen, welcomed several new players in the team. The transfer window is not yet finished, and new transfers are not excluded.

"We are convinced that it is not too late to turn around the situation and believe that our players will mobilise and can, with Leonardo Jardim, overcome this crisis."

Monaco have signed Cesc Fabregas from Chelsea, the Spanish midfielder a former team-mate of Henry at Arsenal, as well as experienced defender Naldo from Schalke.

Jardim led Monaco to a shock title triumph in the 2016-17 season but his victorious side was then decimated by the sales of star players including Kylian Mbappe, Benjamin Mendy and Bernardo Silva, with Fabinho and Thomas Lemar having also since been sold.