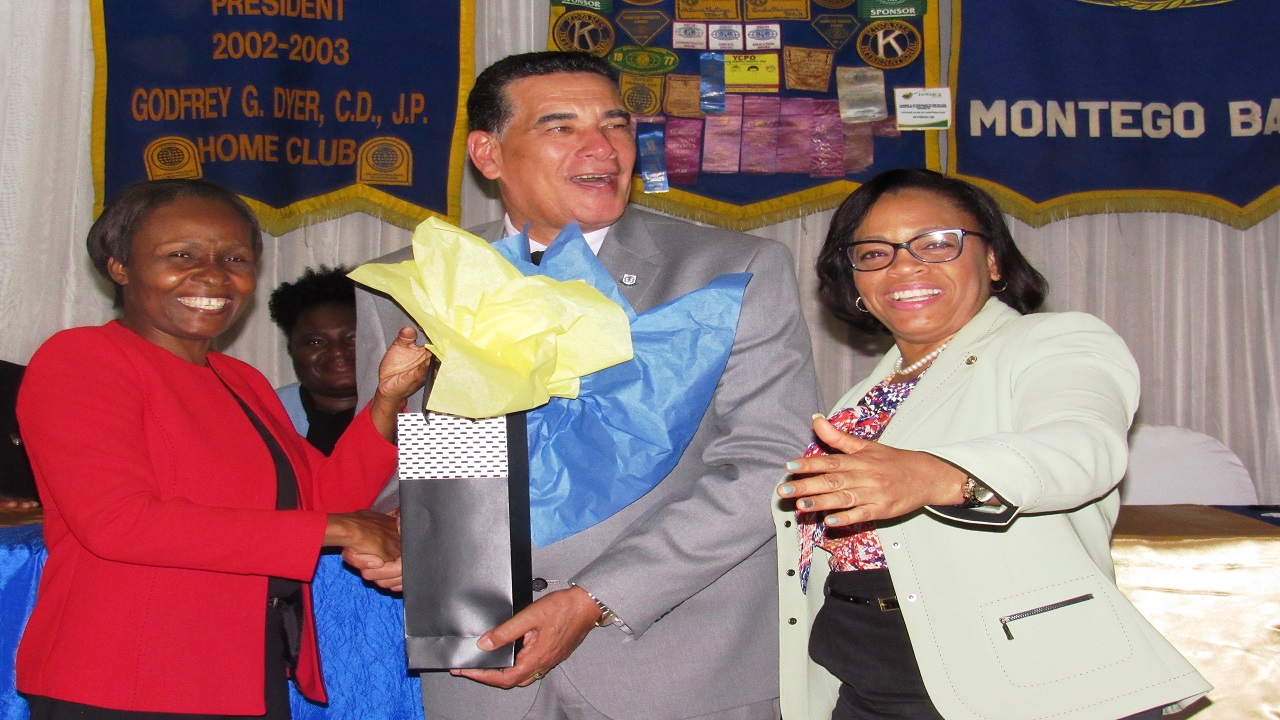 Montego Bay Mayor, Homer Davis, has added his voice to the call for Jamaicans to do more to protect the nation’s children from the scourge of crime and violence.

In addressing the 52nd anniversary meeting of the Kiwanis Club of Montego Bay at the Grandiosa Resort last Thursday, Davis said the time has come for all Jamaicans to tell those who continue to harm the nation’s children that enough is enough.

“We cannot allow this scourge of crime and violence to continue to rob us of our brilliant children and future leaders. I call on us all to wake up and start playing a more proactive role in the protection of our children. We need to get back to the days of the community raising our children," said the mayor.

"The time has come for us all to say ‘enough is enough’ to those who continue to bring death, pain and destruction to our children. Jamaican, we need to rise up and make our voices be heard. Take action and surround our children with love,” he urged.

Davis asked members of the club to use the occasion of the organisation’s 52nd anniversary to recommit to continue to serve and protect the children.

He said: “On this the 52nd anniversary of this august body, I challenge current and even past members to commit and recommit to continue to serve the children of the world, especially those in our lovely parish, St James. We need organisations such as the Kiwanis Club of Montego Bay, which has clearly demonstrated through its work, that it is indeed a model organisation, to continue to bridge the gap that will always be there, even with the greatest efforts of our state.”

Mayor Davis said with Montego Bay now wearing the tag of being the fastest developing Caribbean city, a concerted effort is needed from the various stakeholders to build on the gains made, especially since the state of public emergency was implemented in January.

“We are pleased to say that since the implementation of the enhanced security measures in January, crimes to include murders have been trending down. I must commend members of our security forces and the co-operation of the citizens of this great parish for the work being done to make Montego Bay safe again. We are determined to take back our parish and indeed our country from the grips of criminals. The time has come for all hands to be placed firmly on deck as we wage this all-out effort to reclaim our parish, our public spaces, from the grips of crime and fear.”

The Kiwanis Club of Montego Bay was chartered in 1966, and is presently being led by President, Megon Mollison.

Some background to the attacks on women and children nationally

Here’s What We Know: Enough of the attacks on our women and children