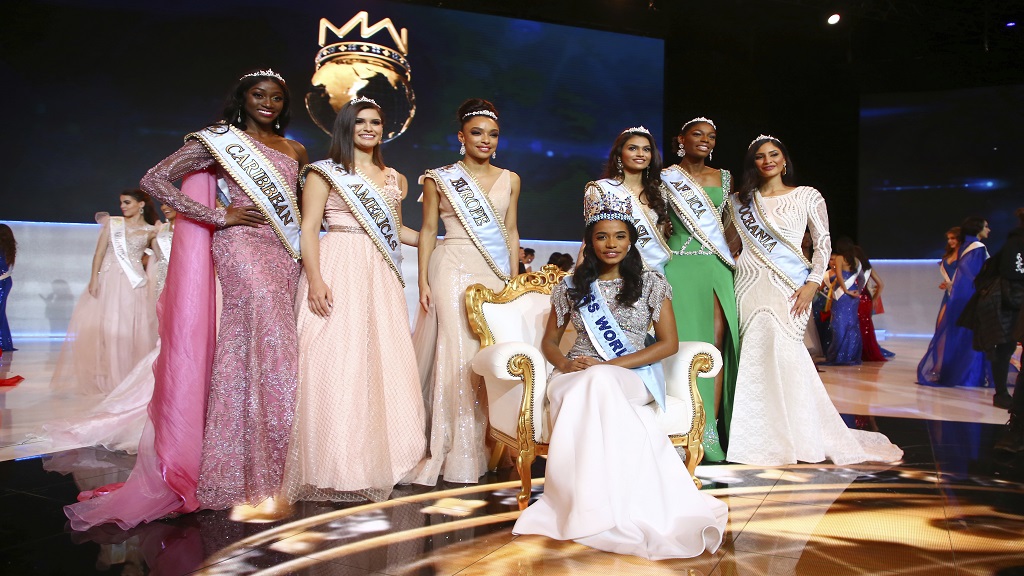 Speaking at the second annual Golden Tourism Day Awards, held at the Montego Bay Convention Centre on Sunday, the minister revealed: “This weekend was a very powerful one for us in Jamaica… Our very own Toni-Ann Singh was named the beauty of the world.”

He added that in celebration of this: “The Director of Tourism, the Chairman of the Jamaica Tourist Board and I will collaborate with Minister Grange to invite not just Miss Nigeria who showed love and friendship but also Miss India, because we think it will be wonderful to have them in Jamaica.”

Miss Nigeria, Nyekachi Douglas grabbed international headlines for her reaction to Singh’s win in London. The reaction, which has since gone viral, had millions of social media users commenting that the genuine show of joy for Miss Jamaica’s win is an example of how friends should support each other.

In an Instagram video after the competition, she described Singh as "amazing" and a big supporter of her fellow contestants.

Singh is the 69th Miss World and 4th Jamaican to take the title. Miss World France, Ophely Mezino was the runner up, and Miss World India, Suman Rao placed third at the event that saw contestants from 111 countries competing in London for the crown.

“We are changing our tagline to ‘Jamaica the heartbeat of the world’, and in no other way was it expressed than in London when Toni-Ann became Miss World, becoming the 4th Jamaican to be so accorded,” Bartlett said.

The Golden Tourism Day Awards was organized by the Jamaica Tourist Board (JTB) and the Ministry of Tourism. The gala event recognises Tourism workers who have given 50 years or more of service to the industry.

“We love you, we respect you and we honour you tonight. This process of sighting good work – identifying [awardees] first of all, then positioning and celebrating you is critical. Tonight says to you that a grateful nation of people honour your work, respects your efforts and wish you well,” said Bartlett to the awardees.