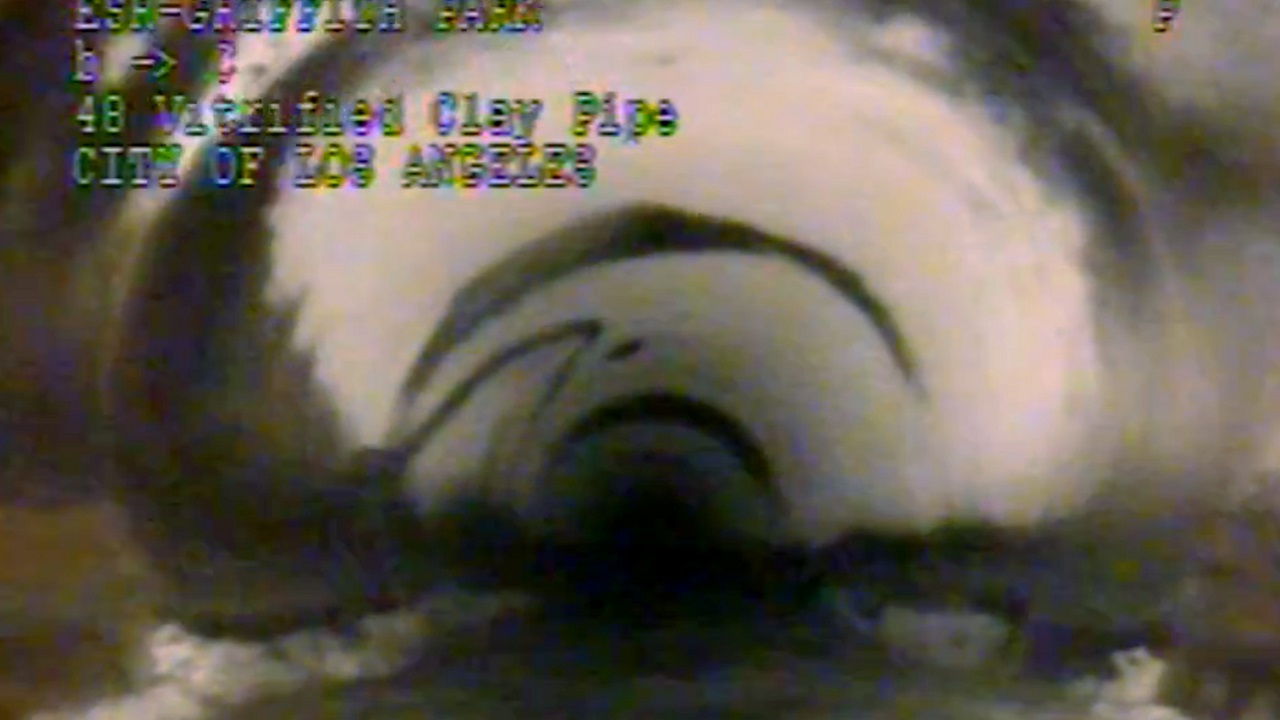 (Image: AP: Rescuers used cameras to find the teenager in the sewer system)

A 13-year-old boy was miraculously rescued on Monday after falling into a river of sewage in Los Angeles, getting swept away and spending more than 12 hours in the city's toxic and maze-like underground sewer system.

Jesse Hernandez had been playing with other children on wooden planks over an access portal to the sewer system during a family outing on Sunday at a Los Angeles park. When a plank broke, Jesse fell about 25 feet (8 meters) and landed in fast-moving sewage, said Brian Humphrey, a spokesman for the Los Angeles Fire Department.

Rescuers finally found Jesse after seeing images of handprints on a sewage pipe. A sanitation crew rushed to the area and opened a manhole.

"The first thing they heard was 'Help!'" said Adel Hagekhalil, assistant general manager of the sanitation department. The crew lowered down a hose to Jesse, who was about 11 feet (3 meters) deep in the pipe. "He caught onto the hose and was reeled back up," Hagekhalil said.

Rescuers gave him immediate medical attention, including hosing him down to get rid of the sewage and cleaning out his eyes and nose with sterile saline, Humphrey said. 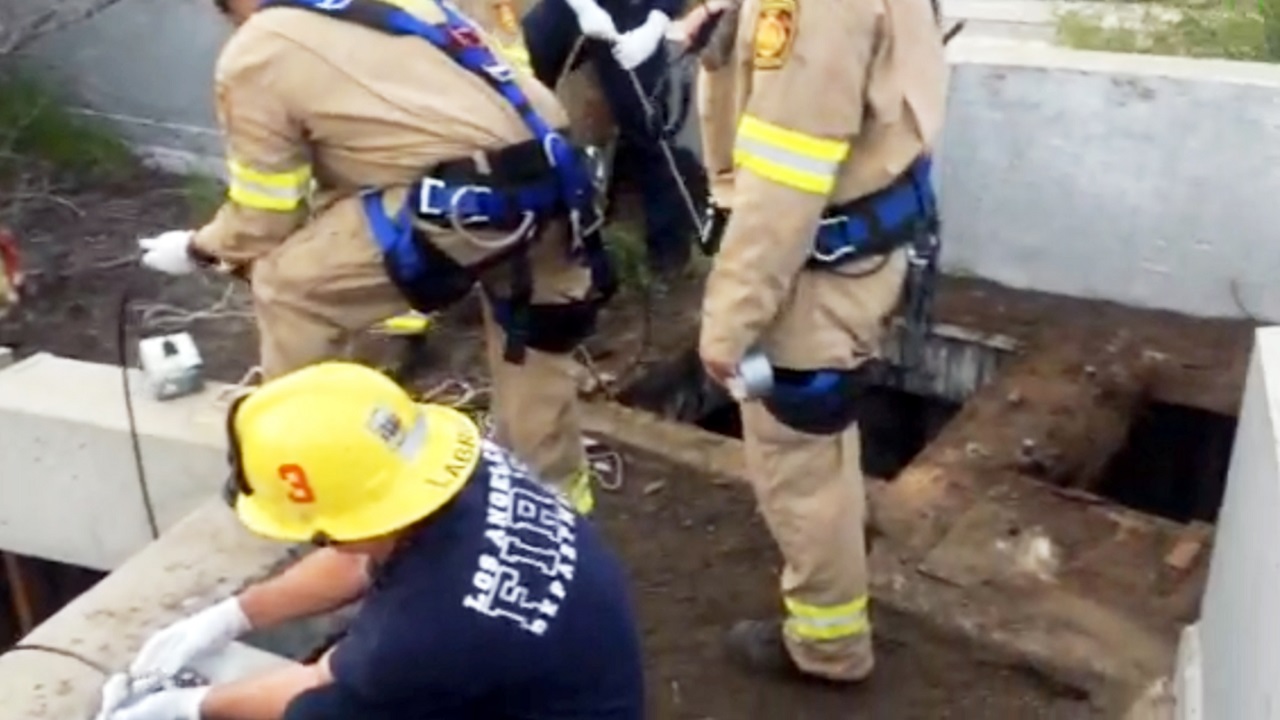 (Image: AP: Firefighters assess the hole where the teenage boy fell into the sewer)

Jesse immediately asked for a cellphone to call his family. A worker handed him a phone and he called his mom. The boy later told KNBC-TV that he was tired and a bit scraped up, but otherwise OK.

"I was praying to God to help me and to not die," Jesse said. "It was all quiet. You could just hear the water running through and you couldn't see anything. It was dark."

Video released by the city later in the day showed long dark marks on the sides of the dank sewage pipe, which was about 4 feet (1 meter) in diameter, where Jesse's fingers would have slid.

After an accident like Jesse's, rescuers say the likelihood of someone being found safe diminishes by the hour. Hagekhalil said rescuers were thrilled at the outcome. "They never gave up hope," Hagekhalil said. "They wanted to bring Jesse back to his family."

About 2,400 feet (731 meters) of pipe had been inspected when rescuers found Jesse less than a mile from where he disappeared. He was taken to a hospital for a full evaluation and to be reunited with his family.

In addition to the massive rescue effort involving more than 100 people, Humphrey credited Jesse for his survival. Not only did he survive getting swept through sewage moving at 15 mph (24 kph), he managed to find a pocket of breathable air and hang on until he was found, authorities said.

"Any subterranean location, particularly one that involves waste, can produce toxic gases - methane, hydrogen sulfide - so breathable air is a key element," Humphrey said. "The odds of someone falling into such a pipe and surviving are slim. The odds were not in his favour, and many would call it miraculous."

He called Jesse "a resolute young man". "He has tremendous inner strength," Humphrey said. "It's obvious he's not a quitter."