Minister calls on farmers to write letters for road repairs 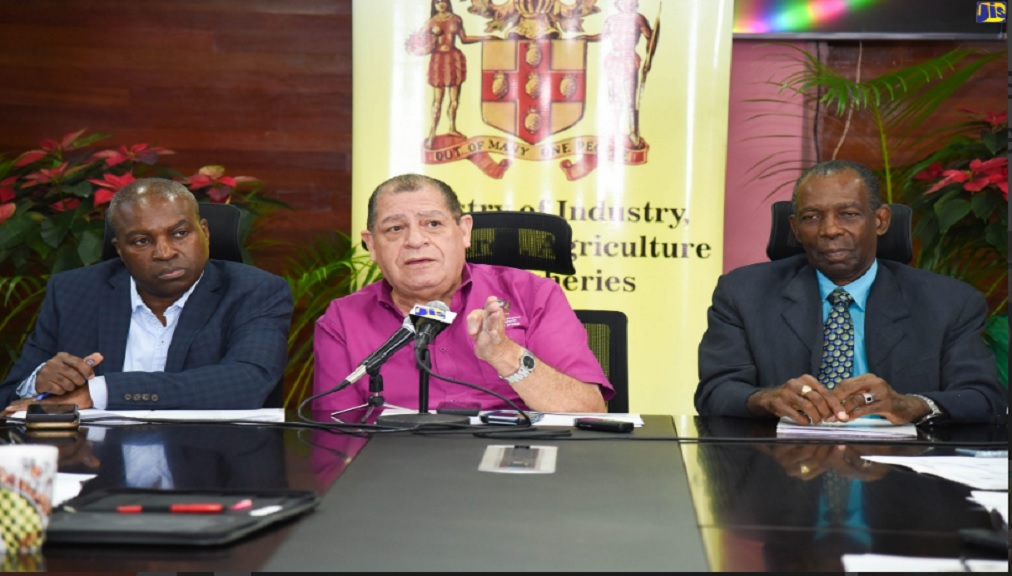 The Ministry of Industry, Commerce, Agriculture and Fisheries is calling on farmers to write formal letters with requests for road repairs in their communities.

Speaking at the Ministry’s Quarterly Press Briefing in Kingston, Minister without Portfolio in the Ministry, JC Hutchinson said these letters must be sent to the Parish Manager of the Rural Agricultural Development Authority (RADA).

“That Manager will then take the requests to the Parish Advisory Board where they will then look at it and do their due diligence from the data that they have, along with their other investigations, to see which roads must go forward,” he noted.

“The selection of the roads is done based on the allocation that is given to the particular parish. We will then have RADA send these selected roads to the National Board. The Board will then look and have an MOU signed between RADA and the Municipal Corporation in the parish, giving them the authority to do the scoping of the road,” the Minister said.

He pointed out that millions have already been spent on road repairs across the island for the benefit of farmers, through the National Farm Road Programme.

“The National Farm Road Programme has allowed for increased market access to farmers, agro-processors and marketing entrepreneurs. This has enabled an environment for further increase in domestic crop and livestock production and also an improvement in household income,” Mr Hutchinson said.

He pointed out that since the 2015/2016 fiscal year, the Government has embarked on a programme to improve the condition of farm roads.

The programme, to date, has improved 250 roads islandwide and has benefited approximately 15,934 farmers.

He said that, to date, $1.849 billion has been spent on this programme, and that for the current financial year, a total of 96 roads have been earmarked to be rehabilitated at a cost of $752 million.

“From this amount, 24 roads totalling 12 kilometres have already been completed at a cost of $176.65 million, and another 72 farm roads should be done by March 2020,” the Minister added.