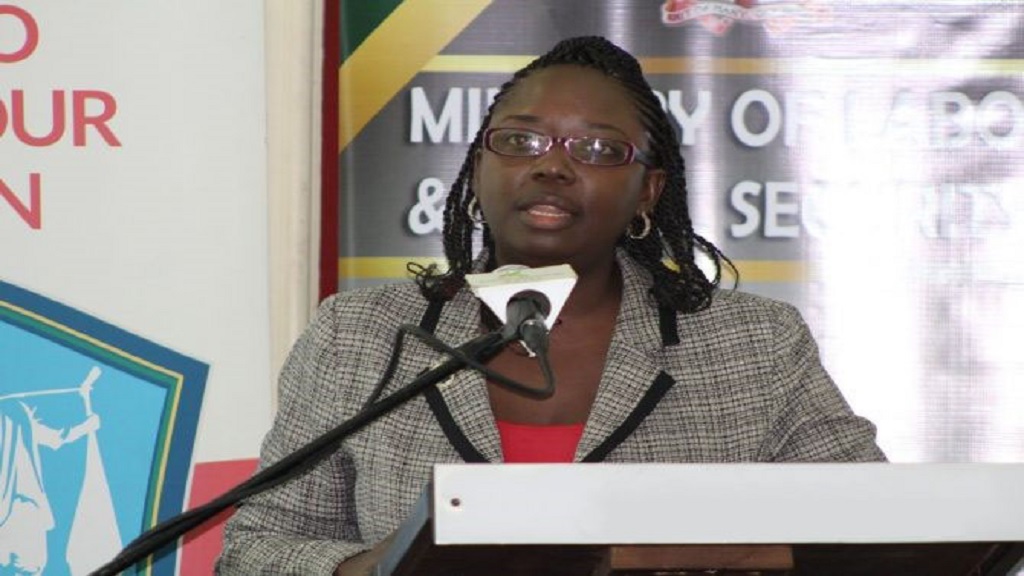 Director of the Child Labour Unit in the Ministry of Labour and Social Security, Sasha Deer-Gordon

The minimum age that a child can be admitted into formal employment is 15 years, if he or she has completed secondary education, confirmed Sasha Deer-Gordon, Director of Child Labour at the Ministry of Labour and Social Security.

In an interview with JIS News, she explains that the line of work must not be hazardous and it must also allow time for leisure, which is very important for their development.

Leisure is a basic right, according to the United Nations (UN) Convention on the Rights of the Child.

According to the Child Care and Protection Act, no child below the age of 13 should be engaged in work for any economic gain.

A child of 13 to 14 years of age who engages in light work may work a maximum of four hours per day, and not exceeding 14 hours per week.

Deer-Gordon says according to findings from a study conducted by the Statistical Institute of Jamaica (STATIN) in 2016, approximately 38,000 Jamaican children are engaged in child labour, and of this number, 18,000 are between 5 and 12 years of age.

She tells JIS News that child labour is any type of work which is physically, socially, morally, mentally and spiritually dangerous to a child.

“It can be described as any work that prevents a child from going to school to get an education, and any type of work that affects their mental and physical development,” she adds.

Deer-Gordon points out that the Ministry, with assistance from the Country Level Engagement and Assistance to Reduce (CLEAR II) Child Labour Project, has finalised a light work list which is to be used as a guide to what jobs children can engage in.

The light work parameters include types of job, the number of hours and the age of the child.

Persons who engage in child labour can be fined or imprisoned. The fines for regular child labour offences should not exceed $500,000 and/or imprisonment of up to six months.

Deer-Gordon points out that there are other aspects to Child Labour, which are addressed by the Worst Forms of Child Labour ILO Convention no. 182. These include hazardous work, child prostitution, child pornography and child trafficking.

Persons engaged in the worst forms of child labour can be fined up to $1 million and or 12 months imprisonment.

Deer-Gordon says the practice of a child selling in the market or on the streets is also considered dangerous. In the market, the child is exposed to different issues, while on the streets motor vehicles can hit down the child or they can be snatched, which can lead to child trafficking.

She notes that with assistance from international partners, such as International Labour Organization (ILO) and United States Department of Labour, the Ministry has been undertaking a series of intervention projects to stem the incidents of Child Labour in Jamaica. These include surveys and sensitisation sessions at the national and community levels.

Several roadshows were done across the island, and according to Mrs. Deer- Gordon, more than one million persons were sensitised; and two community intervention sessions were held in St. James and St. Thomas.

Deer-Gordon points out that during the community level interventions, students were sensitised because they are most effective in passing on information to their parents, caregivers and friends.

“Teachers and guidance counsellors were also part of these interventions because we need their assistance in identifying child labour offences,” she says.

Child labour is illegal and punishable under the law. To report cases of child labour, persons can call 888-PROTECT (776-8328) or the Ministry’s Child Labour Unit at 876-948-0098. For additional information, persons may call the Ministry of Labour and Social Security at 876-948-0098 or email sasha.gordon@mlss.gov.jm.