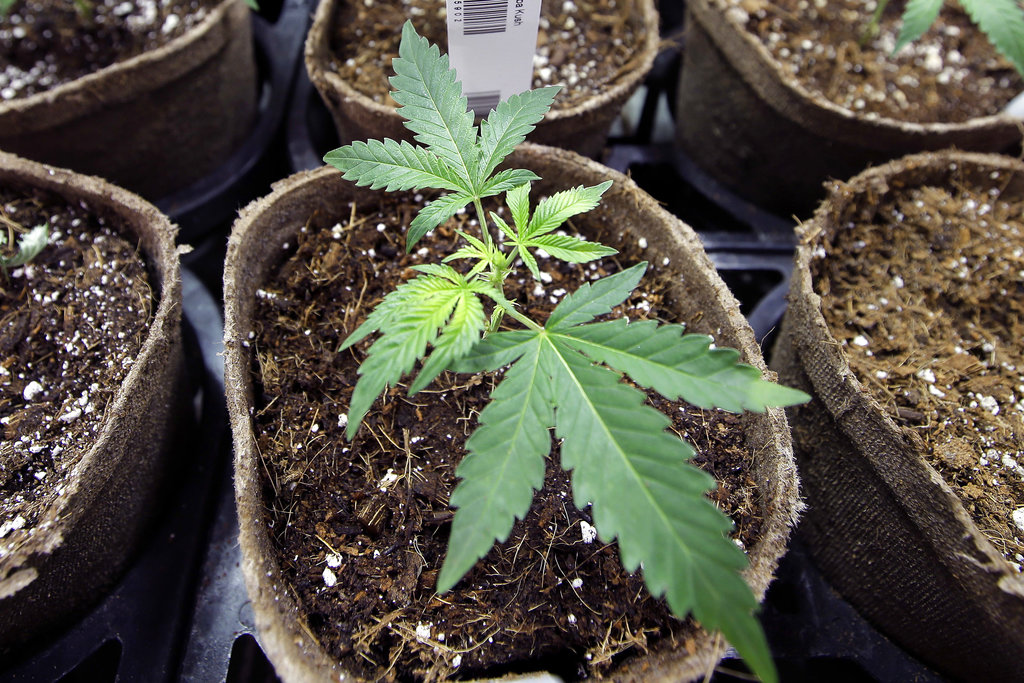 Marijuana's main mind-altering ingredient was detected in nursing mothers' breast milk in a small study that comes amid evidence that more U.S. women are using pot during pregnancy and afterward.

Experts say the ingredient, THC, has chemical properties that could allow it to disrupt brain development and potentially cause harm, although solid evidence of that is lacking.

The new study involved 50 nursing mothers who were using pot and provided breast milk samples to researchers at the University of California, San Diego. Lab testing found small amounts of THC, the psychoactive chemical that causes marijuana's 'high', in 34 of 54 samples up to six days after they were provided. Another form of THC and cannabidiol, a pot chemical touted by some as a health aid, were detected in five samples.

The study authors said "it is reasonable to speculate" that exposing infants to THC or cannabidiol "could influence normal brain development," depending on dose and timing.

The results echo findings in case reports from years ago, when pot was less potent than what's available today, said study co-author Christina Chambers, a pediatrics professor. It's not known if the amounts detected pose any risk, but she said her research team is studying children whose moms' were involved to try to answer that question.

Two small studies from the 1980s had conflicting results on whether pot use affects breastfed infants. One found no evidence of growth delays, the other found slight developmental delays in breastfed infants - but their mothers had used pot during pregnancy too.

Most pediatricians encourage breastfeeding and its health benefits for infants, but "they're stuck with a dilemma" with infants whose mothers use pot, Chambers said.

A new American Academy of Pediatrics report recommending against pot use while pregnant or nursing acknowledges that challenge.

"We still support women breastfeeding even if using marijuana but would encourage them to cut down and quit," said Dr. Seth Ammerman, a report co-author and Stanford University pediatrics professor.

"In counseling patients about this, it's important to be nonjudgmental but to educate patients about the potential risks and benefits," Ammerman said, to ensure "a healthy outcome for themselves and their baby."

The study and report were published Monday in the journal Pediatrics .

The American College of Obstetricians and Gynecologists has similar advice.

The academy report says its advice is based on theoretical risks to developing brains, but it acknowledges conflicting evidence and a dearth of research. Some studies have linked pot use during pregnancy with lower birth weights or preterm birth, along with developmental delays and learning difficulties in older children.

But additional factors including women's use of other drugs during pregnancy complicated the results, the report says.

Marijuana is legal for recreational use in nine states and Washington, D.C., and for medical use in 31 states, according to the National Conference of State Legislatures.

As more states legalize marijuana, its use is increasing along with the "false impression" that it is safe, the academy's report says. Ammerman said caution makes sense, given the uncertainties.

According to U.S. government data, about 1 in 20 women report using marijuana during pregnancy. Estimates for use among breastfeeding mothers vary, but a study in Colorado, where recreational marijuana is legal, put the number at almost 20 percent among women in a government supplemental food program.

The report, study and a journal editorial all said more research is needed.

Research has been hampered by federal government restrictions based on its view that marijuana is an illegal drug.

That has contributed to a stigma and shaded doctors' views, said Keira Sumimoto, an Irvine, California, mother who used marijuana briefly for medical reasons while pregnant and breastfeeding. She said smoking a joint daily helped her gain weight when she was sick before learning she was pregnant, and eased childbirth-related pain, but that she quit because of backlash from marijuana opponents.

She said her daughter, now 8 months old, is healthy and advanced for her age.

Sumimoto runs @cannabisandmotherhood , an Instagram account that she says aims to present truthful information about marijuana so women can make their own choices.

She said she agrees with advice to be cautious, but that the academy's stance is "is just a little too much."

"The fear is taking over and the need and want to understand this plant is being ignored by the stigma," Sumimoto said.

US man punches mother, hits baby for breastfeeding in front of doctor