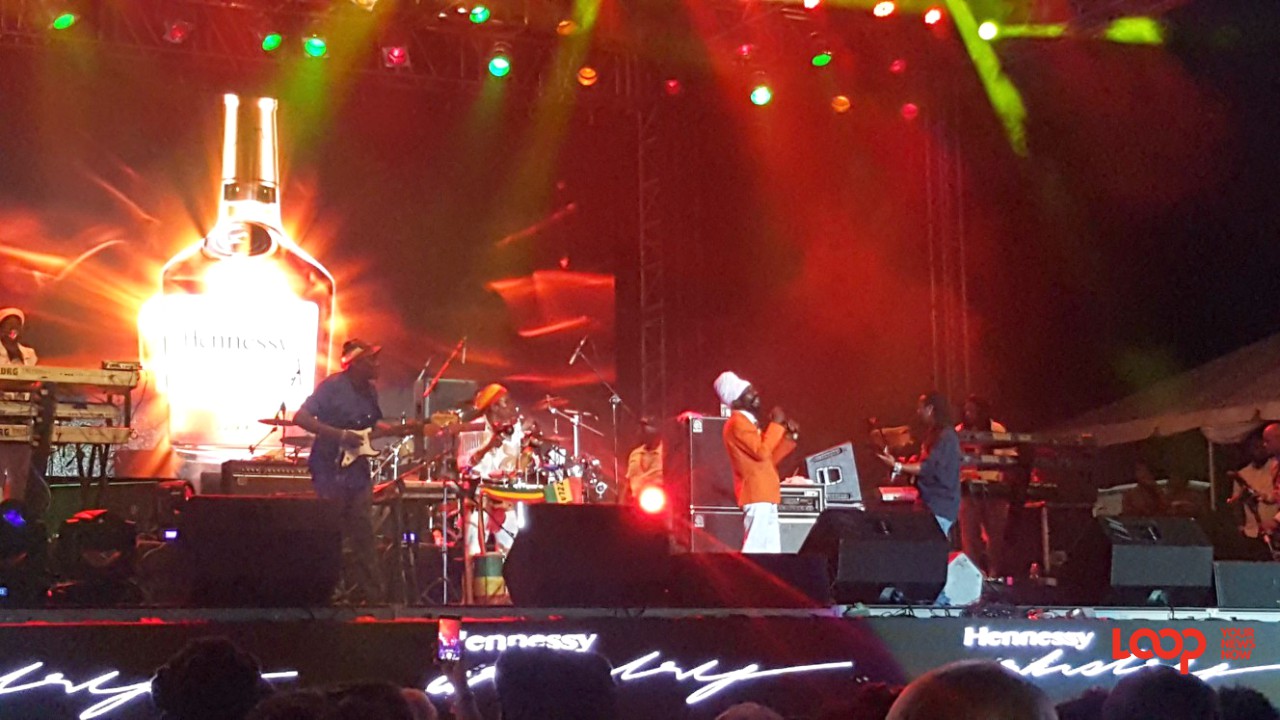 Sizzla Kalonji in Barbados at Hennessy Artistry 2017 at Kensington Oval.

Hennessy Artistry 2017 is turning into a festival and the main event on the first night was a hit with patrons.

Even the Culture Minister Stephen Lashley told Loop News that the move towards more days of Hennessy Artistry is “great!”

Some people may not rate the whole night as a 10/10, but each person will probably rate the act he or she came to see as a full 100 percent.

So whether you came for Tory Lanez, Sizzla Kalonji, Beres Hammond or the Gully God – Mavado, you probably got your monies worth and the disc jockeys in between did not drop the ball nor kill vibe, so they too should be commended. 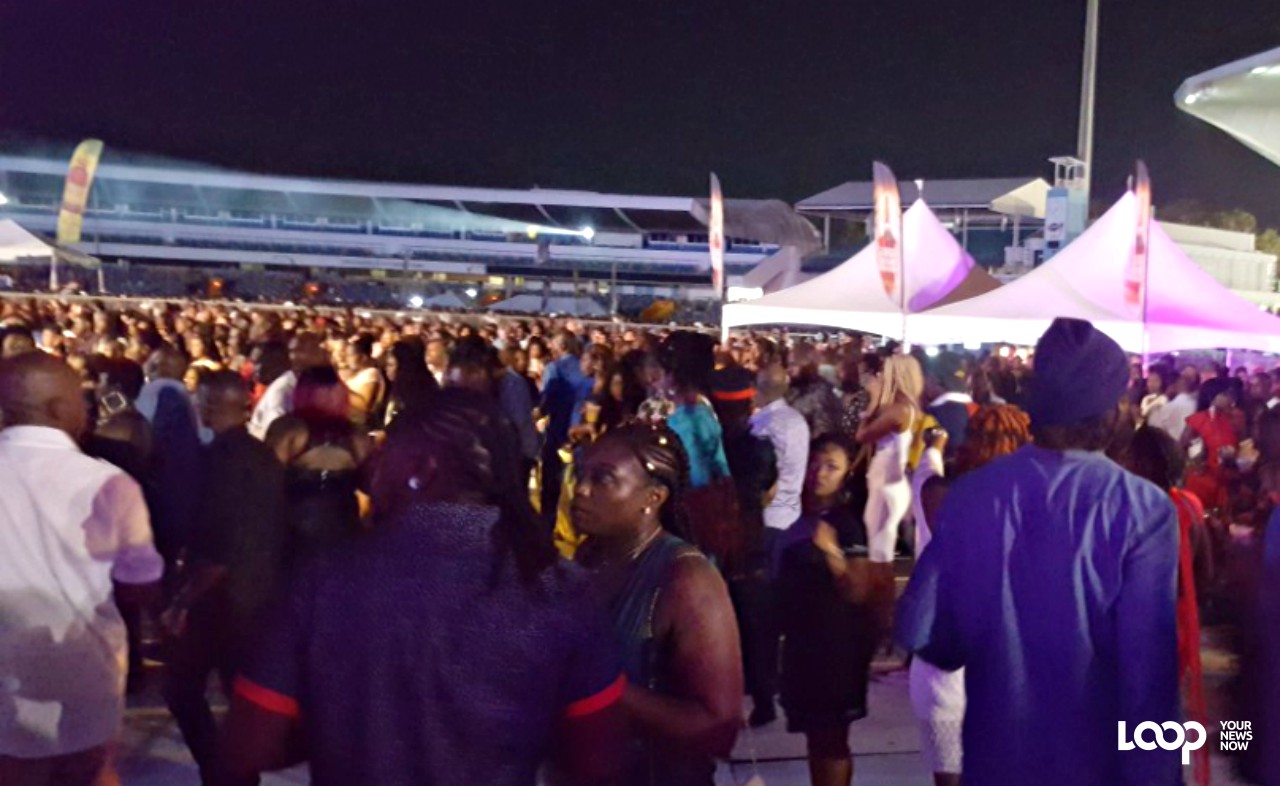 Flowing without hiccups, many patrons admitted they got the shock of their lives when they could hear Tory Lanez performing ‘Controlla’ while still on the outside of the Kensington Oval venue. Few expected him to the stage so early. He got plenty screams when he rendered 'Luv'.

The 2017 edition of Hennessy Artistry was not a very diverse blend when you look at the genres on show – reggae, dancehall and a sprinkle of soca by Lil Rick, Nikita and Fadda Fox, but it was enough to attract thousands last night.

The crowd was hyped from start to finish and as Sizzla and Uncle Beres - as he is affectionately known, took the stage many phones came out as people partied, videoed and snapped their excitement.

As it goes, every story has a beginning, middle and end, and for 2017, the meat of the matter and pique of the night came in the middle. If it were a football team, the mid-field had the game locked.

Sizzla didn’t give it a try, he excelled and his fans were not left unsatisfied. Short in stature, his energy, exuberance and attention to his craft saw him singing full songs, and segueing from track to track seamlessly. When he sings ‘Simplicity I use’, he tells no lie. In a suit and with his signature turban style he took the crowd on a journey and reminded each ‘Yes, you got to be strong and be all the best you can be’.

Just before 1:00 am, Sizzla got a break during his almost one-hour long set as Barbadian artiste Buggy Nhakente, Heartafiya and another reggae artiste came on stage and blessed the stage. ‘See them from afar, I know who they are!’

Beres took people down memory lane. No disrespect but his segment was not for the 2000-babies unless their parents play good rock-steady easy-going love reggae in their homes. Beres came to show up and show out, and his fans surely “feel good” they spent their hard-earned money to see him live. When Beres left the stage no one was singing, ‘I’m so tired, I wanna go home’. People actually wanted him to return to the stage. 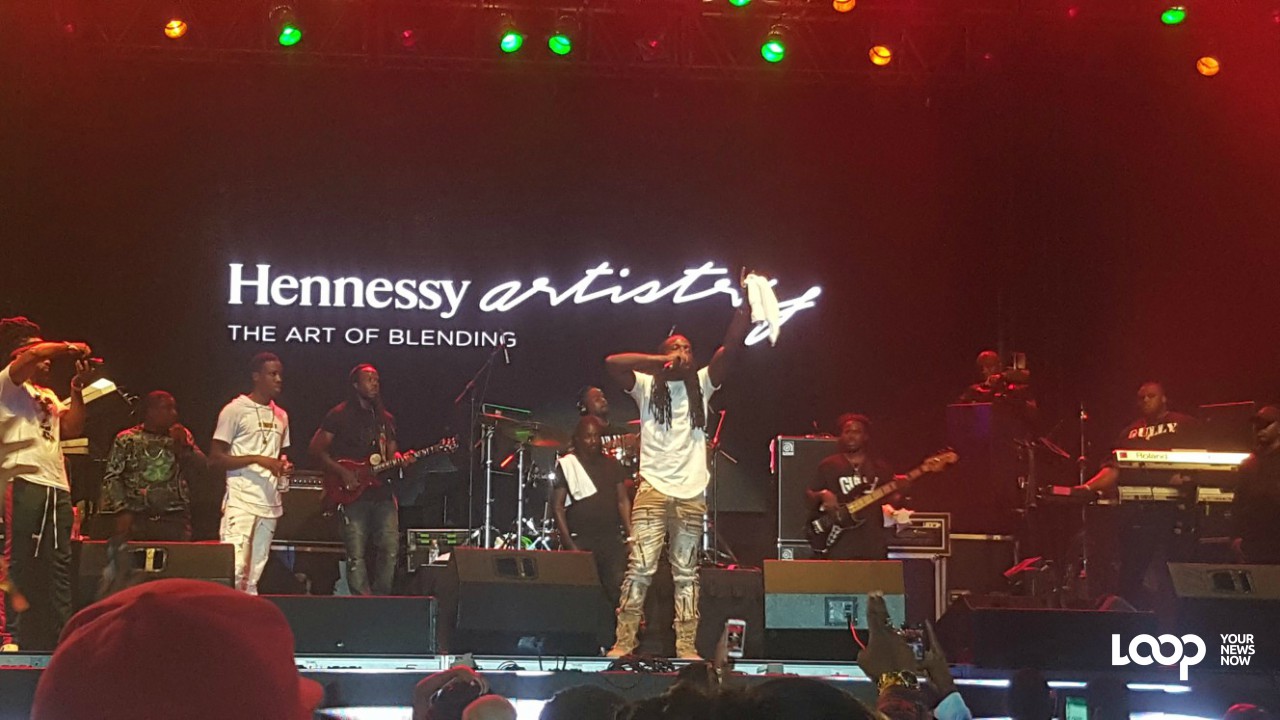 The die-hard Mavado fans were unphased by the fact that the show-closer chose to sing a few lines while they sang the rest, but one V.I.P patron shouted quite loudly by his third track, “Alright Mavado, I tired sing fuh you now, you gine gotta sing some you self. I tired!” And her sentiment was not inaccurate.

However, he must have heard her, because he took a seat on the speakerbox stage-center and from his soul sang “Tell me who go do it for you… If you work then you must get paid… Them can trick de people some uh de time, but them caan fool de people all de time…” He sang the ‘Get Up’ track acapella, and then he caught a vibe and started shelling with tracks like ‘Gyal a Mad Ova’ and ‘Big Bumpa Gyal’. He got so much into his performance that he took off his shirt, but he still kept the lines coming, not full tracks.

Patrons departed the venue around 4:00 am as hosts Vayne and Peter Coppin beseeched them to drive safely and reminded them to turn up today, December 3, for part 2 – Hennessy Artistry on the Beach.