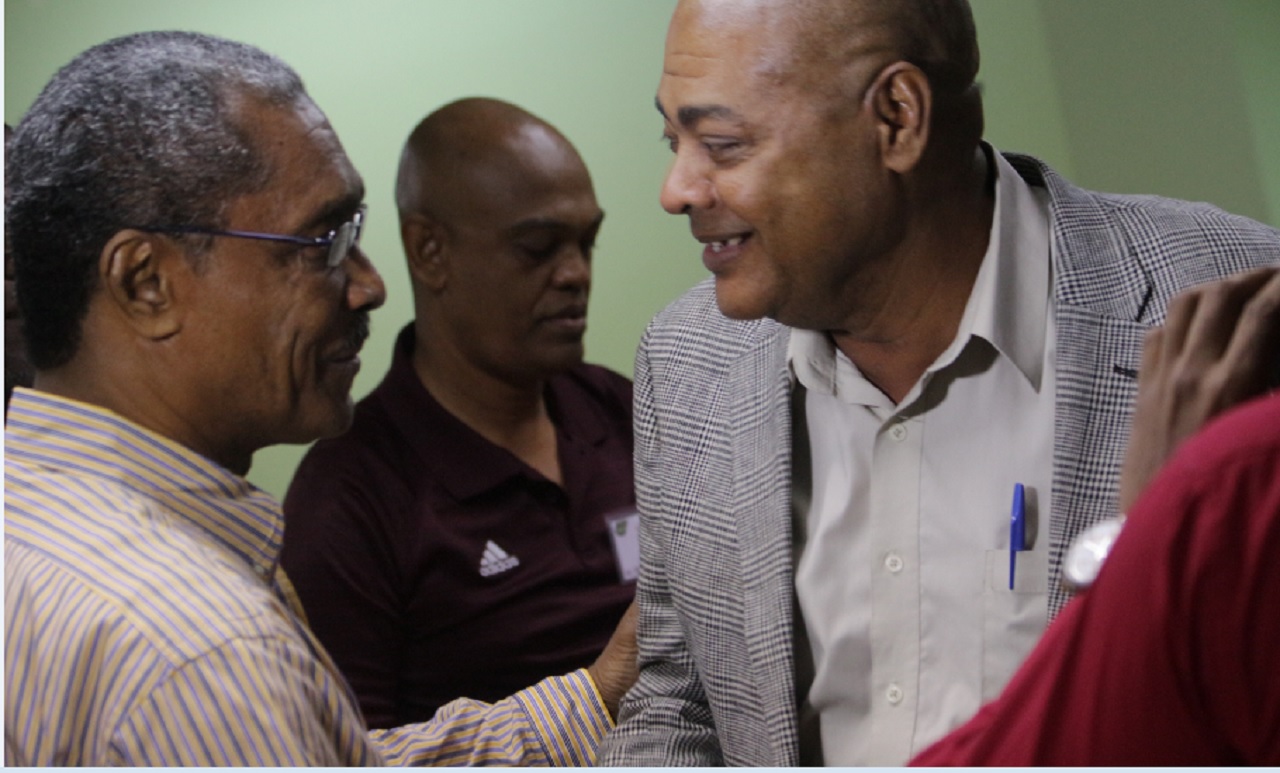 Ambassador Stewart Stephenson (left) congratulates the new president of the Jamaica Football Federation following the voting congress at the offices of the federation on Saturday. Ricketts defeated Stephenson 8 votes to 5.

Michael Ricketts of the Clarendon Football Association is the new president of the Jamaica Football Federation (JFF).

Ricketts, a former JFF vice-president and president of the Clarendon Football Association, defeated Ambassador Stewart Stephenson 8 votes to 5  at the voting congress at the JFF's offices in New Kingston on Saturday.

Ambassador Stephenson served as president of the Kingston and St Andrew Football Association (KSAFA) until January this year.

The victory for Ricketts means that he will complete the 2015-2019 term.