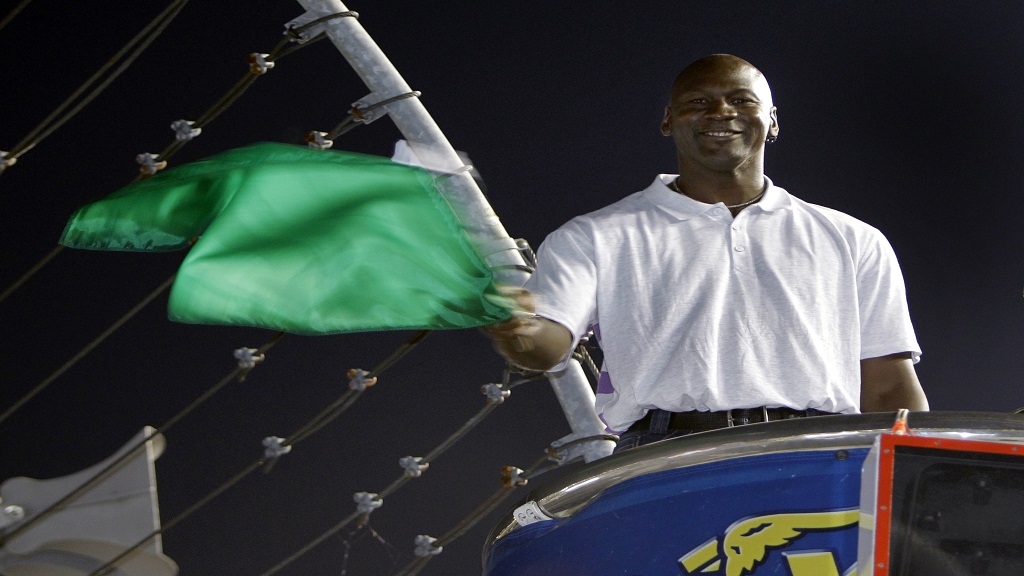 Michael Jordan has joined forces with NASCAR Cup Series driver Denny Hamlin to form a team for the 2021 season that will have Bubba Wallace as its driver.

Chicago Bulls legend Jordan, who is also owner of NBA team the Charlotte Hornets, announced the link-up with Hamlin via social media.

The new team will see a high-profile pairing of a black majority team owner in Jordan and the only black driver in the top NASCAR series in Wallace.

Jordan, a six-time NBA champion, said he is excited by the chance to create more opportunities for black drivers in a sport he loves.

"Growing up in North Carolina, my parents would take my brothers, sisters and me to races, and I've been a NASCAR fan my whole life," the 57-year-old said in a statement.

"The opportunity to own my own racing team in partnership with my friend, Denny Hamlin, and to have Bubba Wallace driving for us, is very exciting for me.

"Historically, NASCAR has struggled with diversity and there have been few black owners. The timing seemed perfect as NASCAR is evolving and embracing social change more and more.

"In addition to the recent commitment and donations I have made to combat systemic racism, I see this as a chance to educate a new audience and open more opportunities for black people in racing."

Earlier this year, Jordan pledged $100million to initiatives tackling systemic racism over the next 10 years.

By completing the purchase of a NASCAR team charter from Germain Racing, Jordan is the first black majority owner of a full-time race team in the premier series since Hall of Famer Wendell Scott owned and raced his own car from the 1960s to the early 1970s.

Wallace, who has been vocal in leading protests against social inequality and helped secure a ban on the controversial Confederate flag from races, was at the centre of an FBI investigation after a noose was found in his garage at Talladega Superspeedway during an event in June.

It was later announced the investigation found the noose was in place since 2019 and no crime had been committed.

Wallace said the opportunity to work for Jordan a chance he simply could not pass up.

"This is a unique, once-in-a-lifetime opportunity that I believe is a great fit for me at this point in my career," he said.

"Both Michael and Denny are great competitors and are focused on building the best team they possibly can to go out and compete for race wins.

"I'm grateful and humbled that Michael and Denny believe in me and I'm super pumped to begin this adventure with them."

Hamlin will be a minority partner while he continues to drive the No. 11 Toyota Camry for Joe Gibbs Racing and explained he had been friends with Jordan for some time.

"Eleven years ago I met Michael Jordan at a then-Charlotte Bobcats game and we became fast friends," Hamlin wrote.

"Not long after, I joined Jordan Brand as their first NASCAR athlete. Our friendship has grown over the years and now we are ready to take it to the next level.

"Deciding on the driver was easy it had to be Bubba Wallace."

He added: "It just makes sense now to lay the foundation for my racing career after I'm done driving and also help an up-and-coming driver like Bubba take his career to a higher level.

"Plus, Michael and Bubba can be a powerful voice together, not only in our sport, but also well beyond it."