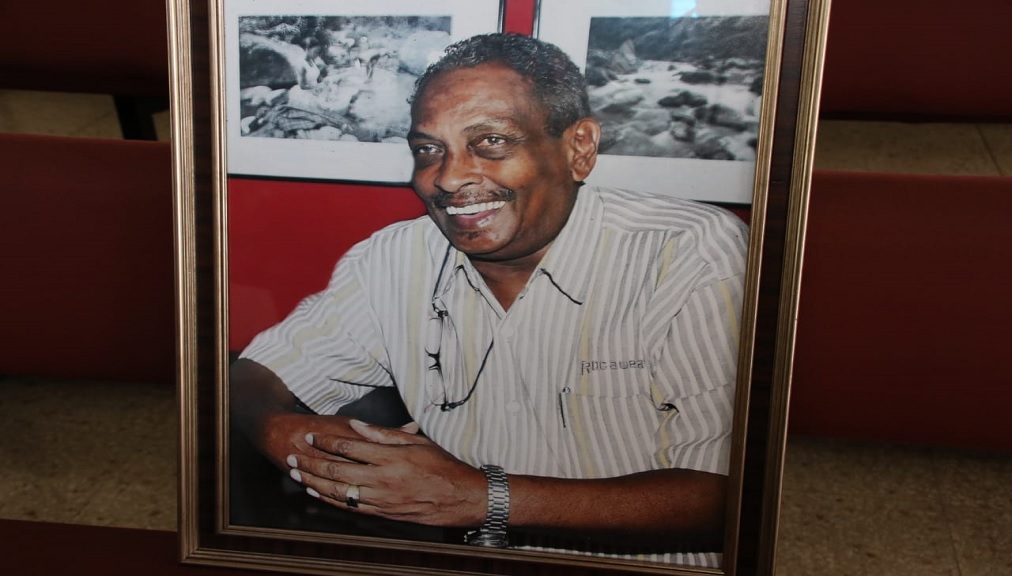 Late former Jamaica Observer Photo Editor Michael Gordon was on Saturday remembered as the consummate professional who used his career in photojournalism to effect change for thousands of Jamaicans.

Thanksgiving to remember the life of Gordon was held at Boulevard Baptist Church in St Andrew.

Gordon, 67, died suddenly at home in May.

Due to social distancing measures still in effect to stem the spread of the novel coronavirus (COVID-19) disease, attendance at the funeral service was limited to 50 individuals, which comprised Gordon's family members and close friends which included several members of the media and Minister of Culture, Gender, Entertainment and Sport, Olivia Babsy Grange.

“Since the passing of Michael Gordon, I've been thinking about what life would be without him, without his images of life and without his friendly overtures...Although the camera may limit the photographer to depicting existing objects, rather than imaginary or interpretive views, the skilled photographer can introduce creativity into the mechanical reproduction process bringing you life and energy to remarkable moments in history. That is what Michael Gordon, the photojournalist and artist, was able to do,” Grange said.

Observer Executive Editor – Publications Vernon Davidson in his tribute spoke about Gordon's mettle and discipline displayed in his work, which involved many historic captures on his camera.

Officiating minister Reverend Devon Dick remembered Gordon, who was appointed a member of the Order of Distinction in the rank of officer in 2016, also spoke glowingly of the man affectionately called MG.

“As we learn from the life of Brother Michael Gordon — be humble, be humble. Michael was a humble man, he took pictures of kings and queens, but never lost the common touch. He never blew his own trumpet nor rang his own bell,“ said the Reverend.