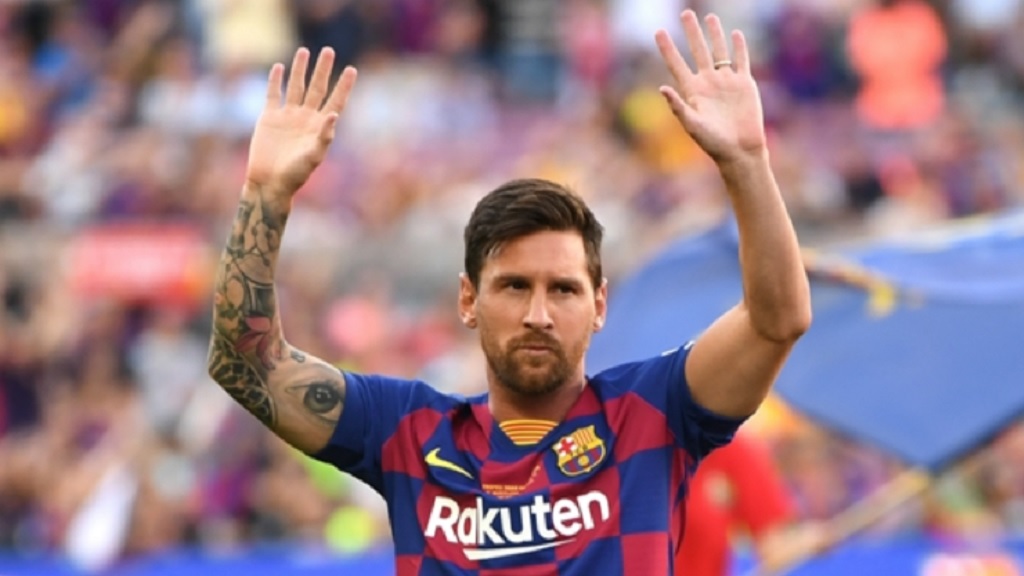 Lionel Messi admits he needs to be "more careful than before" to get the best from his body in the twilight years of his career.

A calf problem and thigh muscle issue have hindered the Barcelona superstar this season, limiting his involvement and his impact on Ernesto Valverde's team.

At the age of 32, Messi knows he cannot constantly push himself physically to the same extent as he might have done a decade ago.

Conserving energy and strength is something Messi is determined to embrace, knowing it behoves him to produce his best as often as possible, but not at the expense of risking injury or fatigue.

"It is difficult because your mind is fine; you think that you are 25 years old and that you can continue doing the same things [as before] at the time," Messi told Marca.

"But the body rules and there are circumstances in which you have to be more careful than before. Adapting to it requires a process and preparing differently for training and matches."

He added: "You realise yourself how long you can continue. I'll find out over time. I'll be the first to say, 'I've come this far and I can't do it anymore', or that I feel good to carry on."

The Argentina captain is closing in on 700 career goals, the mark his fellow modern-day great Cristiano Ronaldo recently achieved.

In that sense, Messi is streets ahead of any player who ever represented Barcelona, with a goals haul of 604 that is unlikely ever to be matched, so limiting his attacking remit in any way would seem a negative move.

Messi was asked whether he could eventually move back from the forward line and into a midfield role.

He largely has licence to roam with his number 10 status at Barcelona, from which he finished as top scorer in LaLiga last term to earn a sixth European Golden shoe prize.

Messi said of the prospect of a deeper starting position: "I don't know, it depends on how it goes.

"Now I usually drop myself deeper to receive and be in contact with the ball and the midfield. I don't know what will happen in the future."

It appears increasingly likely Messi will play for Barca for the entirety of his career, barring a possible swan song with his boyhood club, Newell's Old Boys.

Unlike Ronaldo, who went from Sporting CP to Manchester United and on to Real Madrid and latterly Juventus, Messi has given little indication he would want to play for another European club.

Ronaldo has espoused the merits of seeking new challenges in different leagues, but Messi sees no reason to walk away from Camp Nou.

He said: "Everyone looks for their targets and their experiences. I never had the need to leave the best club in the world, that Barcelona are."