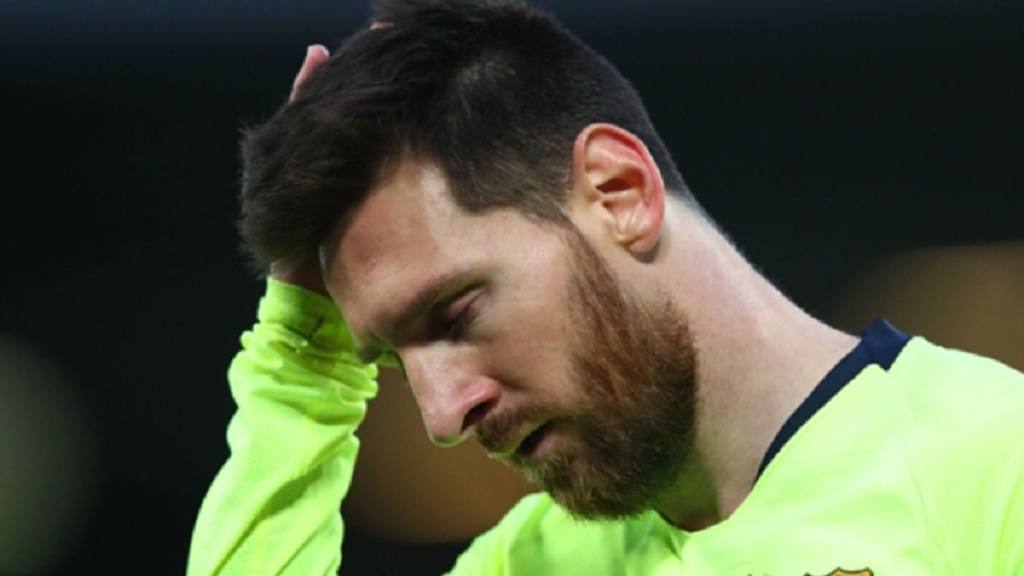 Lionel Messi feels Barcelona are still yet to recover from their crushing Champions League loss to Liverpool.

Ernesto Valverde's side has the chance to complete back-to-back domestic doubles when they face Valencia in Saturday's Copa del Rey final.

LaLiga glory was wrapped up at a canter, meaning their remarkable collapse to a 4-0 thumping at Anfield – having won the first leg of the semi-final 3-0 – threatens to define an otherwise excellent campaign.

Messi was unable to stem the tide as Jurgen Klopp's side ran riot after half-time and, more than two weeks on, the loss still stings.

"The Liverpool game was a really, really hard blow. It was the hardest moment of the year, it was hard to get back up," Messi told a pre-match news conference, where he insisted he and his team-mates should take responsibility for what unfolded on Merseyside.

"I blame the players, not only the coach. I heard a lot of the critics of Valverde but I do not make him guilty for the loss to Liverpool. The coach has done impressive work.

"I blame the squad. We cannot afford games like that any longer."

But the five-time Ballon d'Or winner is not thinking of such individual awards and the bad taste of what happened against Liverpool still lingers.

"I'm still thinking about the Liverpool loss. I don't really have time to think about the Golden Shoe award," said Messi, who observed the parallels with last season's Champions League quarter-final defeat against Roma - when Barca won the initial game 4-1 - were particularly tough to take.

"I am focused on winning tomorrow and trying to forget the game at Anfield.

"We did a very similar game to in Rome the year before. In the second half we didn't compete and that's something we cannot afford. Liverpool were much, much better than us.

"We played a lamentable game. It can happen one year, but to happen two years in a row [when you] have the chance to be in a Champions League final… it's impermissible.

"The sensation is strange and that's why the team have to focus on trying to get a double. We were hit so hard by Anfield. We were so focused on the Champions League and trying not to repeat the performance from Rome."

Messi rejected the suggestion that such a loss could persuade him to call time on his exceptional Barcelona career – likening such a reaction to the hysteria that accompanies his every setback with Argentina at international level.

Messi added: "We have to be focused on trying to win and trying to get the Copa del Rey. If we lose, it is going to be even worse than the way that we are at this moment.

"Apart from the Liverpool game, Barca have made a great year, winning LaLiga and trying to win the Copa del Rey. Apart from that game at Liverpool, we've done a really nice job. We've had a great year if you take out that game."