Messi: PSG star Neymar not wanted at Barcelona by some 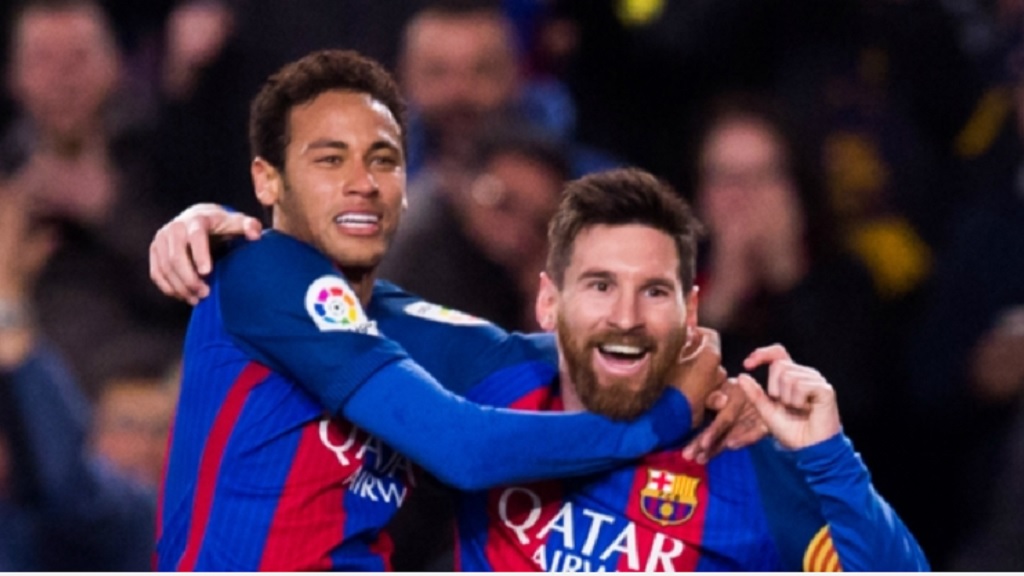 Lionel Messi believes a return to Barcelona for Paris Saint-Germain (PSG) forward Neymar is "complicated" because some people do not want him back at the club.

Neymar attempted to engineer a return to Camp Nou during the previous transfer window, just two years after leaving for the Ligue 1 side in a world-record €222million deal.

The strained relationship between the two clubs was said to have impacted transfer discussions, however, and the Brazil international remains a PSG player.

Messi starred in a front three alongside Neymar and Luis Suarez and they remain in contact, but the Argentina star is unsure if a reunion at Barca will be possible.

"We talk often and we have a group chat with Luis Suarez," Messi told Buenos Aires radio station Metro 95.1.

"The issue of his return is complicated. Firstly, because it was difficult to see him leave, secondly because of how he left.

"There are people from the club and members who do not want him to return. If it is for sporting reasons, Neymar is one of the best in the world, but I understand the other factors."

Messi, presented with the European Golden Shoe for a sixth time this week, recently declared he intends to see out the remainder of his career at Barcelona.

However, unlike fellow club icon Andres Iniesta, he has ruled out signing a lifetime contract

"That was talked about a while ago, as was done with Iniesta and the others," he said.

"I don't want a contract to tie me up because I don't know how I'm going to feel. I don't want to be [under contract] if I'm not well.

"I'm going to compete as long as I feel good physically, but obviously I would stay a lifetime."

Messi also opened up on his rivalry with Cristiano Ronaldo, who he competed with for team and individual honours for just short of a decade during the Portuguese forward's time at Real Madrid.

Ronaldo moved to Juventus in 2018 and Messi admits Barca's Clasico showdowns with Madrid have lost some lustre as a result.

"Yes, it was good when he was in the Spanish league," Messi said.

"It made the Clasicos more special and gave them more value."

Jeered and insulted by some PSG fans, Neymar scores winner