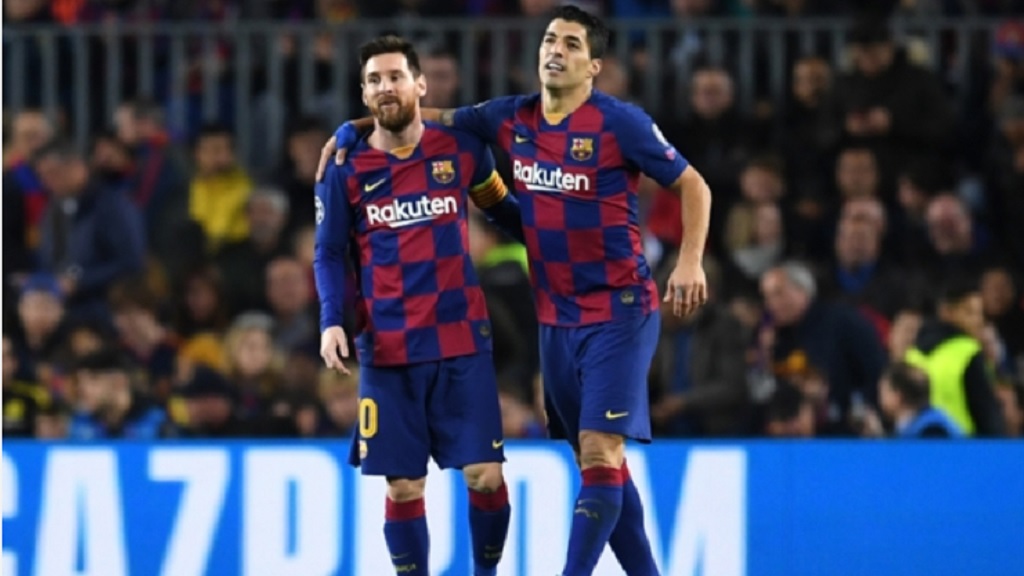 Luis Suarez said he was proud after being defended by Lionel Messi following his move to Atletico Madrid from Barcelona.

Suarez, 33, joined Atletico in a €6million move this week after six trophy-laden seasons at Camp Nou.

His close friend and Barcelona star Messi slammed the Catalan giants on Friday, saying Suarez was "kicked out" and "nothing surprises" him anymore.

Suarez, who won 13 trophies at Barca, said he was proud to have left such a positive impression.

"Leo knows me well and is well aware of my level of conviction. It's a source of pride to be able to leave a positive legacy behind me," he told reporters.

"I've now moved on and joining this competitive side is a major motivation."

Suarez scored 21 goals in 36 games last season, but new Barca coach Ronald Koeman had no room for the Uruguayan as he rebuilds the Blaugrana.

The forward said joining another big club in Spain was a huge motivation for him.

"The motivation of coming to a great from Spain, Atleti is," Suarez said.

"It has great players, a competitive block that always fights to be at the top and for the league.

"The fans and the coach [Diego Simeone] motivate a lot too."

Atletico begin their 2020-21 season at home to Granada on Sunday.