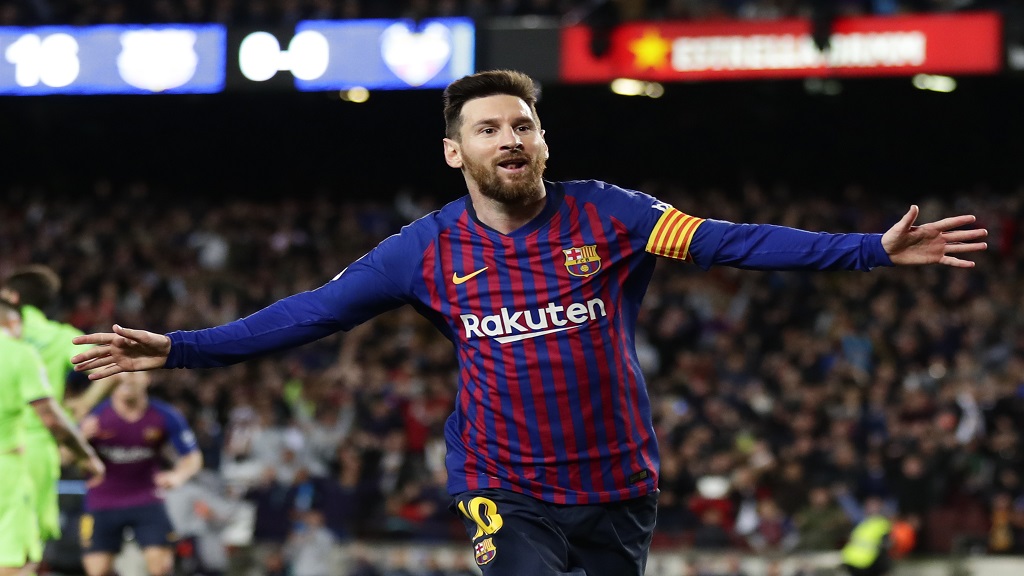 Lionel Messi scored to help Barcelona clinch the Spanish league title after beating Levante 1-0 at Camp Nou on Saturday, cementing their status as the dominant club in Spain for more than a decade.

After resting until halftime, Messi went on and finally put a shot past Levante goalkeeper Aitor Fernandez in the 62nd minute to start the celebrations at the Camp Nou.

Messi's league-leading 34th goal was his 46th in all competitions this season.

Barcelona's win put them nine points ahead of second-place Atletico Madrid with three rounds to play. Barcelona hold the tiebreaker with Atletico on head-to-head goals.

Atletico beat Valladolid 1-0 earlier, forcing Barcelona to need a victory to wrap up the title this weekend before they turn their attention to their upcoming European clash with Liverpool.

Barcelona won their second straight league title since Ernesto Valverde took over at the start of last season. It was also their eighth Liga crown in 11 years, a period during which Real Madrid have won two and Atletico one. Barcelona have 26 league titles, second only to Madrid's 33.

Barcelona are trying to complete a rare sweep of all three major titles this season. They will host Liverpool on Wednesday in the opening match of their Champions League semifinal, and they can win a fifth consecutive Copa del Rey if they beat Valencia in the final on May 25.