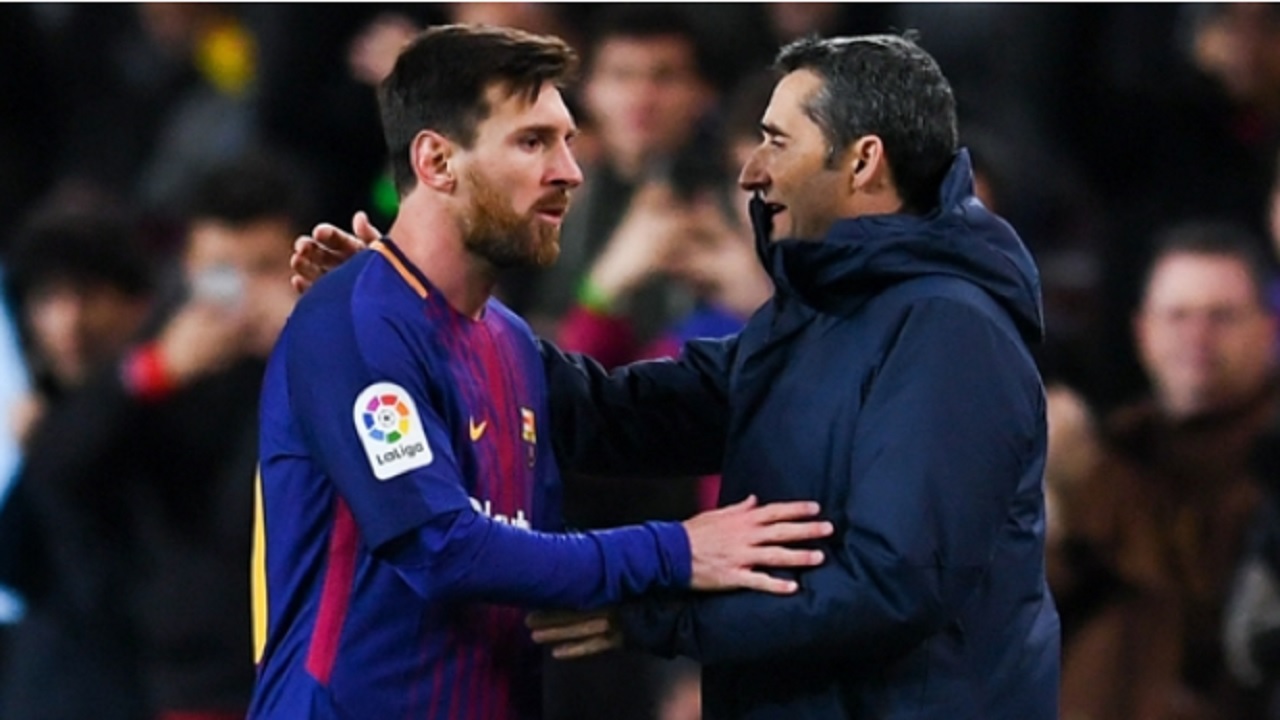 Barcelona star Lionel Messi has praised the impact Ernesto Valverde has had on the club since taking over as head coach.

Valverde endured a difficult start, with Neymar leaving for Paris Saint-Germain (PSG) for €222million in a turbulent transfer window, while their season began with a 5-1 aggregate defeat to Real Madrid in the Supercopa de Espana.

Barca have only lost once in all competitions since that tie, though, and their 2-1 aggregate win over Espanyol in the Copa del Rey quarter-final means they are on course for the treble this term.

Messi says Valverde made his plans clear from the outset and is delighted with life under the former forward.

"It was clear from the start," he said on Friday, speaking at a sponsor's event. "He said what he wanted and we adapted. It wasn't very different to what we were already doing.

"We became strong defensively and we have players of high quality further forward, who can win matches."

Messi is even content with Valverde's rotation policy, insisting he accepts it is for the team's benefit.

"It's a topic I live with normally and calmly," he said. "The coach decides it. We talk about it and I have no problem with rotation, just like other team-mates."

Barca's 2-0 second-leg win over Espanyol at Camp Nou on Thursday kept alive their hope of a second treble in four seasons, with Messi scoring the second goal to take his tally to 26 in all competitions this term.

The Argentina star's form has led many to predict him to win a sixth Ballon d'Or of his career this year but he maintains his focus is on team trophies.

"I've already said my objective is not individual prizes but to get all the trophies available," he said. "Hopefully, we will finish [the season] in the best way. I think we're on the right track.

"Luckily, things are going well. We passed a difficult test yesterday [against Espanyol].

"I'm happy with how things are going, although there's still a long way to go. It's the same [goal] as every season: to try to win everything."

Messi is also pleased with the arrivals of Philippe Coutinho and Yerry Mina this month, especially in light of Javier Mascherano's move to Hebei China Fortune.

"Both Coutinho and Yerry could have come in the summer but they weren't able to," he said.

"Masche is leaving and we have a centre-back to replace him and we're happy that's the case. We're happy they are with us."

Messi and Suarez strike again as Barcelona advance in Copa