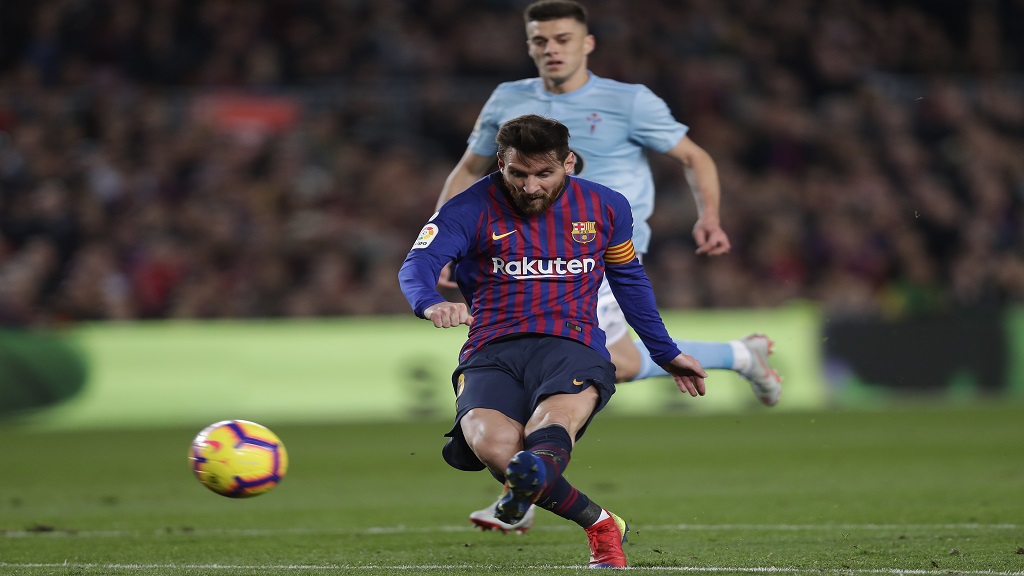 Messi took his league-leading tally to 15 in 17 rounds, including six goals in his last three matches, as Barcelona stayed ahead of second-placed Atletico Madrid.

Messi played a part in Dembele's opener when the Argentine's shot was saved by goalkeeper Ruben Blanco. The rebound fell to Dembele to drive between the legs of a defender to take the 10th-minute lead.

Messi made it 2-0 in the 45th after Jordi Alba found him arriving to the center of Celta's box completely unmarked to fire in a left-footed shot.

Celta lost top scorer Iago Aspas — fourth in La Liga with 10 goals— to an apparent leg injury early in the second half. The Spain striker walked gingerly off the pitch to the applause of the Camp Nou crowd, which included former Barcelona star Andres Iniesta.

Fourth-place Real Madrid are eight points behind and their match for this round was postponed so they could play in the Club World Cup. Madrid beat Al Ain 4-1 in the final to claim their seventh world title. They won't play their league game against Villarreal corresponding to Round 17 until Jan. 3.

Antoine Griezmann scored a second-half penalty to help Atletico eke out a 1-0 win at home over Espanyol, keeping the team coached by Diego Simeone right behind defending champion Barcelona.

But Atletico tightened up its defense and got the goal it needed from Griezmann.

Griezmann drove in a rising shot from the penalty spot in the 56th after Jorge "Koke" Resurreccion was fouled by Esteban Granero in the area.

Espanyol, which had risen to the upper part of the table, fell into 12th place after a sixth consecutive loss.