Messi and Suarez strike again as Barcelona advance in Copa 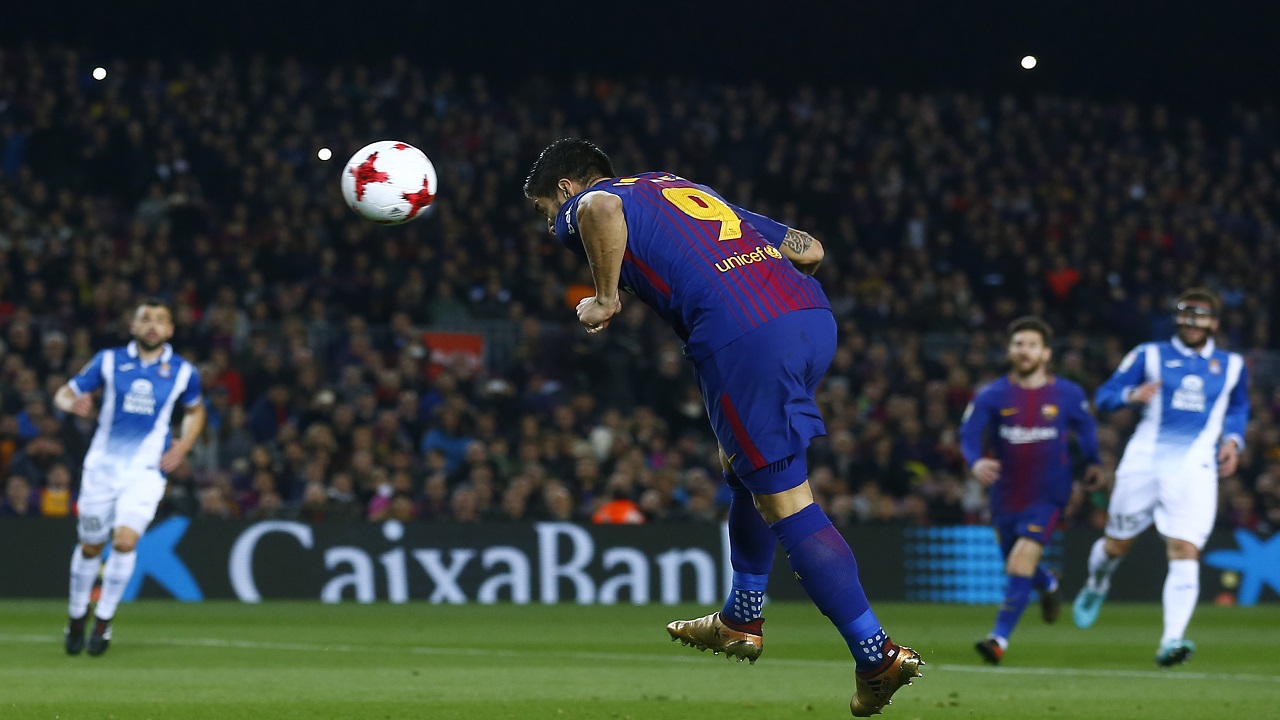 With Philippe Coutinho making his debut and Lionel Messi and Luis Suarez adding to their scoring run, Barcelona advanced to the Copa del Rey semifinals for the eighth straight year on Thursday.

The other teams in the semifinals are Sevilla, Valencia and Leganes, which on Wednesday stunned Real Madrid at Santiago Bernabeu Stadium. Valencia got past last year's runner-up Alaves on penalties, while Sevilla eliminated Atletico Madrid. The draw will be held on Friday, with the first leg matches being played next week.

Barcelona had lost 1-0 to Espanyol in the first leg last week, but quickly evened the series when Suarez scored with a diving header less than 10 minutes into the match after a cross from the right by Aleix Vidal. Messi scored the goal that secured a 2-1 win on aggregate midway through the first half with a shot that deflected off a defender.

Messi and Suarez have combined to score at least a goal each in six of the team's last seven matches.

Messi has found the net 10 times in his last 11 games, while Suarez has scored 11 goals in his last nine matches.

"I liked how we were able to control the game in the final minutes," Barcelona coach Ernesto Valverde said. "We didn't want to risk conceding like we did in the first leg."

It was a good debut for Coutinho, who came off the bench in the second half to replace Andres Iniesta, playing well in the nearly 25 minutes he was on the field.

"There are a lot of expectations about Coutinho," Valverde said. "He will fit well into our game. He entered in a complicated match, but he did well."

Coutinho arrived from Liverpool earlier this month but had been sidelined by a right leg muscle injury. The Brazilian playmaker was signed in a transfer worth up to 160 million euros (then $192 million), making him Barcelona's most expensive player ever.

Espanyol, seeking its first semifinal appearance in the Copa since 2014-15, appealed for a penalty when Gerard Moreno fell inside the area after contact with Barcelona's Jordi Alba with about 10 minutes left in the game.

"We had some chances but didn't capitalize on them," Espanyol's Victor Sanchez said. "We feel like we played a great series. Nobody really believed in us but in the end we were a goal away from advancing."

Argentine international Javier Mascherano was honored by Barcelona before the match. The defender is leaving the club after eight seasons to play in China.