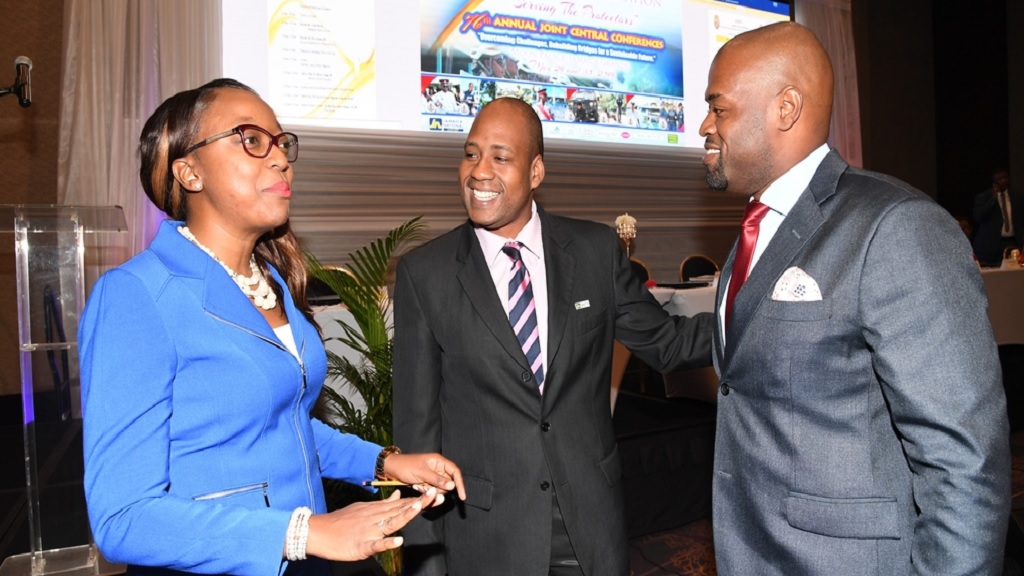 Chief for business banking and public sector engagement at JN Bank, Ryan Parkes, says better access to financial services is important to motivate the rank and file of the Jamaica Constabulary Force.

Parkes was speaking to members of the Jamaica Police Federation at its annual conference in Ocho Rios St Ann, last month.

The business banker said ongoing challenges the police face only serves to diminish their confidence in themselves and the state. However, he said the duty of meeting the economic needs of public servants, such as the police, is not only for the government to bear.

“As members of the private sector, we must also share the responsibility to serve you, because your duty is to serve every Jamaican, which includes us,” he assured the rank and file.

Responding to the comments by Parkes, JPF outgoing chairman, Corporal Arleen McBean welcomed the partnership with the JN Group, and in particular JN Bank, to assist with strengthening the police’s access to financial services.

“When you have a financial entity looking at the needs of the police officers in Jamaica, this is something to be treasured and acknowledged,” she concluded.

Parkes comments came as the government outlined a commitment to strengthen the welfare benefits available to the country’s more than 11,000 policemen and women.

Addressing rank and file members represented by the Jamaica Police Federation (JPF) during the union’s JN Group-sponsored annual conference in St Ann recently, Minister of National Security, Dr Horace Chang, announced that a protocol will be established in the nation’s hospitals to ensure that injured police personnel are attended to without delay when taken for treatment.

The need for the protocol arose after news emerged that a CT scan for the sergeant, who was injured during a robbery in May Pen, Clarendon a week ago, was delayed while he was being treated in hospital.

“This officer, who was in uniform, had to wait for 55 minutes to get the appropriate diagnostic tests done,” Dr Chang revealed because the money to finance the tests were not confirmed.

A businessman offered to pay for the officer’s tests, he disclosed, however, the chairman of the JPF, Corporal Arleen McBean, says the tests were eventually financed by the JPF’s welfare arm.

“There are a number of things wrong with that. First, the delay is not only somewhat uncomfortable and disrespectful to the officers, but it’s a life-threatening delay,” Dr Chang said. The policeman was hit in the abdomen and the pelvis, but did not suffer injury to his vital organs, the minister disclosed.

However, Dr Chang said, an unwarranted delay to receive treatment could have resulted in further injuries to the officer.

“Secondly, if he had to await payment by a businessman… when he returned from hospital and was rehabilitated if he showed that businessman any favour, which is only human, the first thing you say is that the man is now corrupt,” Dr Chang continued.

Dr Chang said the Minister of Health and Wellness has been advised of the new protocol.

“It cannot be right to have [police]men and women facing the kind of gunmen we have in Jamaica and when they get injured and get to a hospital, questions are asked how they are treated. That must discontinue while I’m Minister of National Security,” he declared.

Minister Chang was supported by Prime Minister Andrew Holness, who disclosed during his address to rank and file members, that discussions are taking place with Commissioner of Police, Major General Antony Anderson, to provide full medical insurance coverage to the police.

“This is something we have to look at because other [police] forces have full coverage. And, I believe this is not outside of the capacity of the government to address,” he told members, to applause.

He also committed to contributing to, through his personal foundation, providing access to gyms across the country, to assist police personnel to maintain their personal fitness and health.