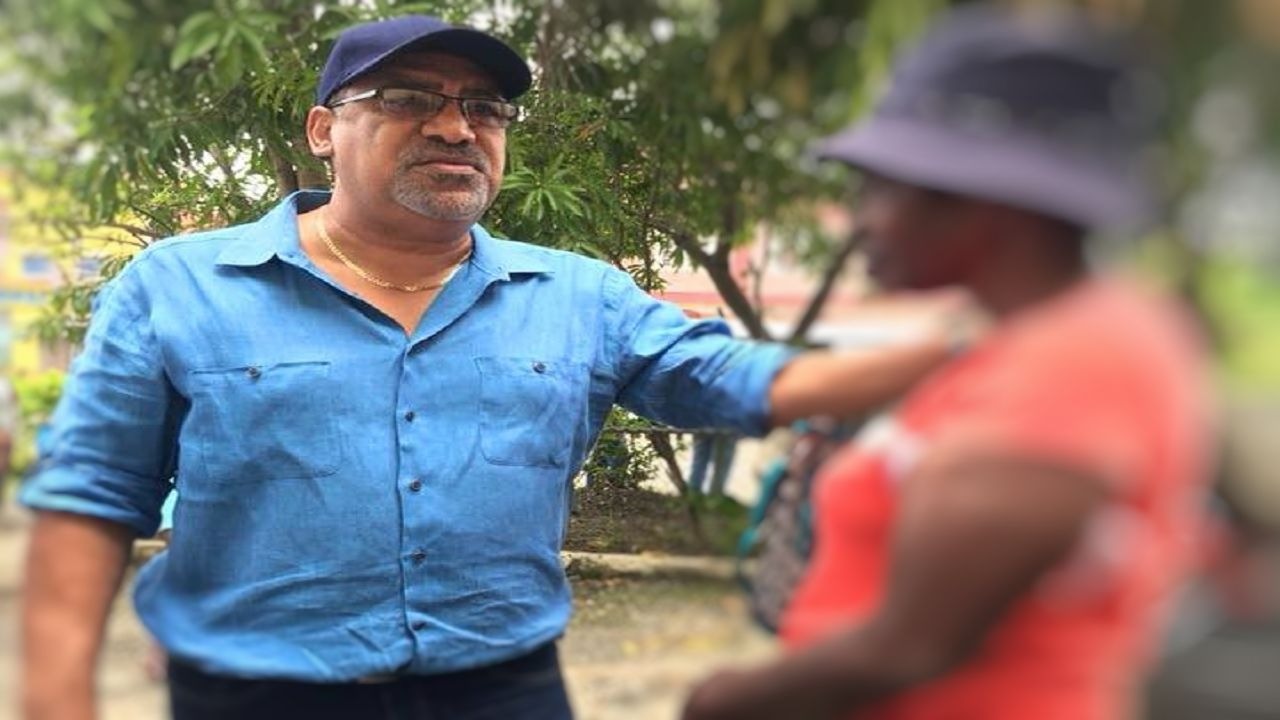 Western Westmoreland MP, Dr Wykeham McNeill puts a consoling arm on the shoulder of the mother of one of the victims after gunmen killed seven in Grange Hill.

Member of Parliament for Western Westmoreland, the People’s National Party’s Dr Wykeham McNeill, has lamented that while the numbers of the security forces have been boosted in the areas where zones of special operation and states of emergency have been imposed, those emergency measures have caused “side effects” elsewhere.

With the western Jamaica parish of St James now under a state of emergency, McNeill argued that there was now a problem with resources (security personnel and equipment) leaving areas like Westmoreland in support of the emergency measures and, secondly, criminals fleeing those areas were migrating to places like Westmoreland.

He was supported by Member of Parliament for South St Andrew, Mark Golding, who also lamented that the presence and response time of the security forces had been significantly depleted in sections of the country, including in his violence-prone constituency as emergency measures remain in force elsewhere.

Meantime, McNeill hinted at the deadly events in Grange Hill, Westmoreland while making his contribution to the debate on the resolution to extend the state of emergency in St James for another three months on Tuesday.

McNeill mentioned that he had received unconfirmed reports of shootings in Grange Hill while making the case for an increased security forces presence in the parish, which, up to Tuesday had recorded 50 murders, a 16 per increase when compared to the corresponding period in 2017.

While McNeill’s reports were unconfirmed at the time, it has since emerged that at least 16 people were shot, seven fatally in the parish as gunmen, with reported links to the lottery scam, went on a shooting rampage. A two-year-old and an 11-year-old are among those killed.

The former Minister of Tourism argued that while murders were significantly down in neighbouring St James where the state of emergency was first imposed on January 18, and now extended until August 3, the police and military presence in Westmoreland and elsewhere in the country had been significantly depleted. He asserted that this had contributed to a spike in crime in sections of other parishes.

He pleaded with the authorities to “give us” (Westmoreland) more troops and vehicles to address the problem.

And McNeill again called for the parish of St James to be divided into two separate divisions, to make crime-fighting easier for the police. He noted that although mooted in the past, nothing has been done in this regard.

The Western Westmoreland MP visited Grange Hill on Wednesday, and met with residents including the mother of one of the victims.

"My heart aches as the bloodshed continues in Westmoreland," he posted on Facebook along with a photo of himself putting a consoling arm on the shoulder of the grieving mother.

In the meantime, while again warning that it will not forever give its support for the ZOSOs and States of Emergency to be extended, the opposition offered some solutions. These include constructing barracks in St James for soldiers to have a permanent presence in the parish; and giving more support to the courts so the trial of certain criminals can be expedited.