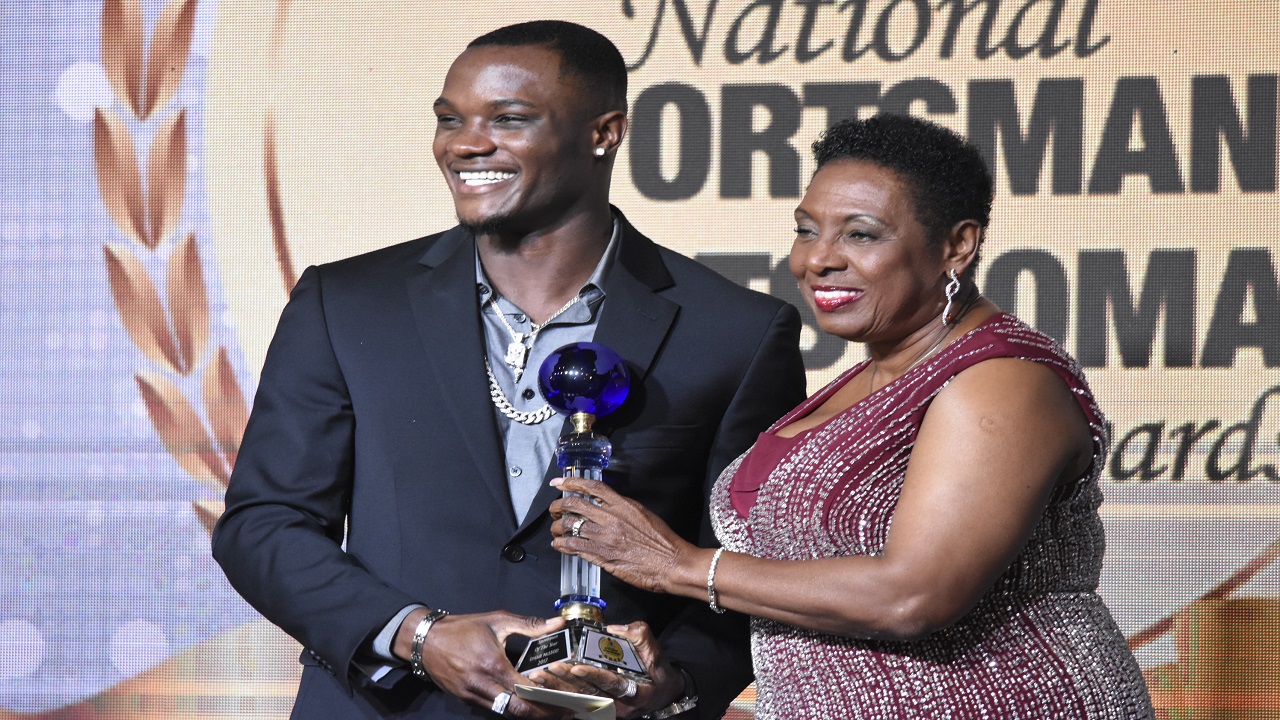 Sprint hurdler Omar McLeod and  swimming sensation Alia Atkinson have been named the 2017 RJRGleaner National Sportsman and Sportswoman of the Year at the gala ceremony, held at the Jamaica Pegasus hotel in New Kingston on Friday night.

McLeod, 23, and Atkinson, 29, were among  a list of 10 nominees for the prestigious awards.

Atkinson was not present for her award, but showed her appreciation through a recorded message.

Ristananna Tracey, who posted a lifetime best 53.74 seconds to win the bronze medal in the women's 400-metre hurdles at the  World Championships in London, was named runner up to the Sportswoman of the Year.

Among the highlights for Atkinson in 2017 was three gold medals at the FINA Swimming World Cup in Germany. Those gold came in the women's 50m, 100m and 200m breaststroke events.

The four-time Olympian broke the record by winning the event in 55.35 seconds, just three weeks after she became the first Jamaican woman to swim the 100-metre butterfly in under a minute.

It was the second time that Atkinson was winning the national award. She first won the prestigious award in 2014.

After disappointments for sprint stars  Usain Bolt and Elaine Thompson in London,  McLeod claimed the only gold medal for Jamaica at the World Championships by winning the men's 110-metre hurdles.

McLeod, also a winner at the 2016 Olympics in Rio, started and finished strongly in London to record a time of 13.04 seconds and beat reigning champion Sergey Shubenkov by a tenth of a second, with Hungary's Balazs Baji claiming a shock bronze medal and world-record holder Aries Merritt fifth.

McLeod also lowered his national record in 2017 after positing 12.90 (0.7m/s) en route to his third consecutive domestic title, a time which catapulted him to joint fifth on the world all-time list.

Bolt, who had an awful exit from professional athletics at the World Championships in London in August, was named runner up to the Sportsman of the Year.

What's Up? Alia talks about the glory, disappointments and new season