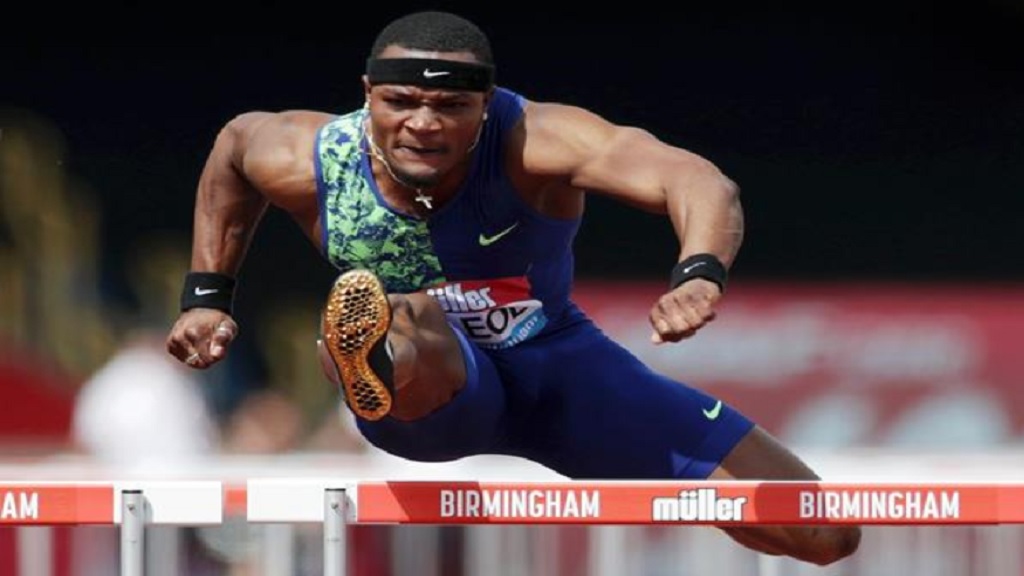 Scrappy, inconsistent and out-of-character; Omar McLeod’s races for the first half this season were essentially a reflection of the difficulties he has faced throughout the year.

The Jamaican has been the stand-out performer in the sprint hurdles in recent years, winning the world indoor and Olympic gold medals in 2016 followed by the world title in 2017. McLeod won 21 of his 25 races – including heats – between April 2016 and May 2018, having been under the tutelage of Edrick Floreal for most of that period.

But McLeod picked up a mid-season injury in 2018, then later that year Floreal moved from Kentucky to take on a new coaching role in Texas. McLeod had to make some changes and decided to move to Florida to be coached by Tony Ross.

McLeod’s 2019 campaign started promisingly enough, winning his first IAAF Diamond League race of the season with a 13.12 clocking in Shanghai. What made the feat all the more impressive is that it came one day after the death of his aunt, one of his closest relatives.

But as the season progressed, McLeod started to struggle and was beaten in Nanjing, Rabat, Stanford, and London. Never before in his professional career had he suffered four successive defeats.

After finishing third in London – the same track on which he won the world title less than two years prior – McLeod knew that he had to make some significant changes if he wanted to be ready to defend his world title later this year.

“Hurdling is so unforgiving,” he says. “When you have a winning streak going, it builds your confidence. But when you start losing and things start going bad in the race, you question a lot of things. And you get this same psychological effect in any event, that’s just how it is in this sport.

“I was going through the season feeling unsure about a lot of things: I lost my aunt, things went downhill, I was unsure of my situation, I was getting hurt. I just didn’t think I was in the best situation to defend my (world) title and run fast.

“I was miserable, I honestly was miserable,” he added. “I just needed to make sure that I fixed that. I owed it to myself to change things. I had to tell myself, ‘you’re the defending champion, you need to act like that, and you need to put yourself in the best situation to go defend that title and don’t have a pity party for yourself. You know, you look like **** out there running’. So I just fixed that.”

Few athletes make changes to their coaching set-up in the middle of the season. For McLeod, though, his move to Rana Reider seems to have already lifted a weight off his shoulders.

“It’s a happy environment,” says McLeod. “I’m around athletes who are equally as hungry as I am and they inspire me every single day.

“The situation I’m in is almost like boot camp. We’re in a dorm and all we do is eat, sleep and train. It’s a good situation because I want to go out there and train, I’m eager to be around my teammates, I’m eager to listen to my coach and do whatever he tells me to do. I’m happy.”

In much the same way that his off-track struggles manifested themselves into his early-season results, McLeod’s newfound contentment was reflected at the recent IAAF Diamond League meeting in Birmingham.

In less-than-perfect conditions at the Alexander Stadium, McLeod returned to winning ways with a 13.21 victory, looking every bit as smooth as he did during his dominant 2016-2017 period and beating a field that included US champion Daniel Roberts and Asian champion Xie Wenjun.