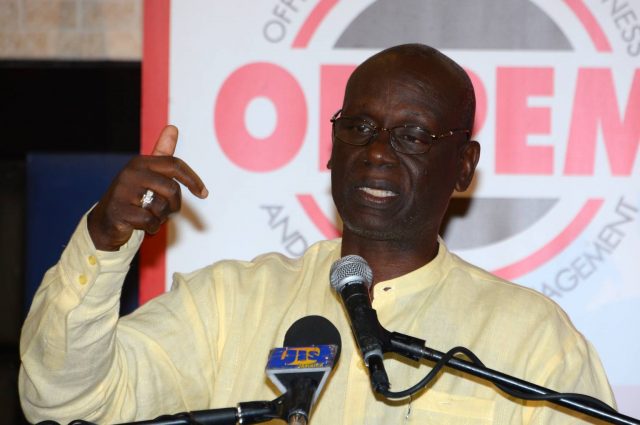 Local Government and Community Development Minister, Desmond McKenzie, is pleading with criminals not to stone or shoot out smart LED streetlights that are being installed across the country by the Jamaica Public Service (JPS).

Speaking at the launch of Local Government Month before the courthouse in Falmouth, Trelawny on Wednesday, McKenzie said damaging streetlights presents additional burden on the taxpayers, and called for greater public civic-mindedness within communities.

“I want to urge my fellow Jamaicans, especially the criminal elements, if you continue to shoot them out and destroy them, it is going to be of great cost to the country. Don't use your weapons, whether it is the gun (or) the stone, to destroy the streetlights, because it is the taxpayers... it is your tax dollars that are going to replace them,” McKenzie indicated.

“I can only urge people to recognise that there is a need for us to be responsible,” he added.

He said since June 1, JPS and the Local Government and Community Development Ministry have partnered on a massive programme to replace 105,000 existing streetlights with LED lamps over a three-year period.

He said already more than 20,000 of the streetlights have been replaced with the energy-saving bulbs, even with the recent rainfalls hampering the efforts to meet the target of installing 35,000 new bulbs by the end of this year.

McKenzie also urged homeowners to pay their property taxes, which go towards the paymentof streetlight bills, among other public services.

The audience included a number of the country’s mayors and other senior representatives of public agencies within the Ministry of Local Government and Community Development, plusother extended stakeholders.

Local Government Month is to involve a number of activities, including major renovation of the Kingsvale Police Station in Hanover, as well as a number of meetings across the island, including one with tourism stakeholders in Falmouth later in the month