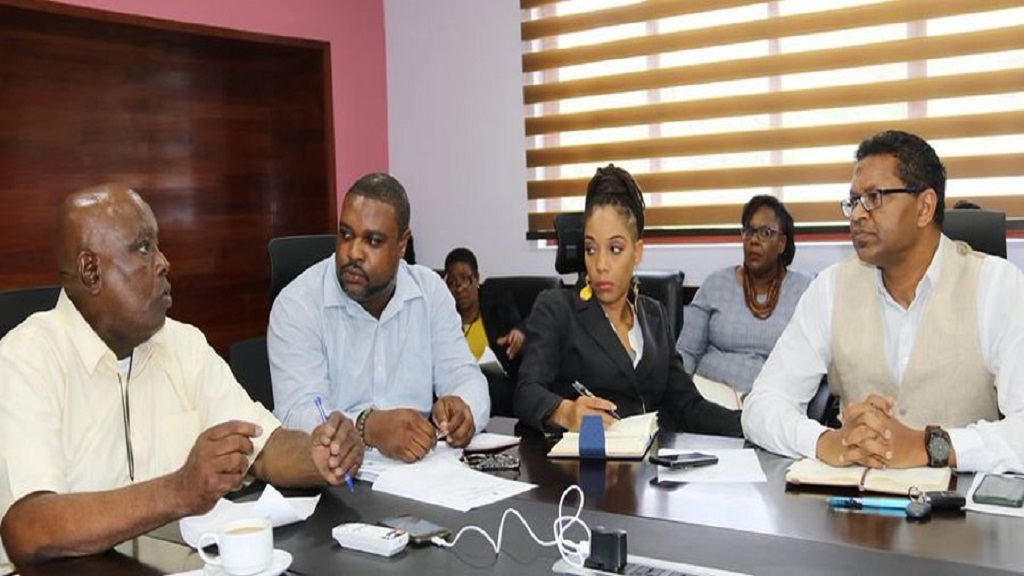 Dunstan Whittingham (left), President of the Jamaica Vendors, Higglers and Markets Association, speaking at a COVID-19 consultation meeting with industry stakeholders on March 5, 2020.

Local Government and Community Development Minister, Desmond McKenzie, has expressed sadness at the passing of Lionel ‘Dunstan’ Whittingham, President of the Jamaica Higglers, Vendors and Markets Association, on Monday.

“Dunstan was a passionate and tireless advocate for the interests of vendors for many years. He made his presence felt well before he rose into public view in the 1990s. I had the opportunity to observe and to interact with him, first as a councillor in the then Kingston and St Andrew Corporation, and later as mayor (of Kingston,” said McKenzie.

“He was a serious force to be reckoned with, and he commanded the unwavering loyalty and respect of the vendors.

“While he was quick to challenge what he saw as mistakes by Local and Central Government in dealing with the vendors, he was not defiant of public order. He supported many of the KSAMC’s (Kingston and St Andrew Municipal Corporation) initiatives to ensure harmony between business activities and good order, and was not afraid to chastise conduct that was unruly.”

McKenzie added that “Dunstan was a man of substance and he will be missed. I will miss him. I salute him and express condolences to his family, his friends, the members of the Jamaica Higglers, Vendors and Markets Association, and to the wider community of vendors across the country.”

WATCH: Burnt out Ray Ray vendors cry for help after another fire