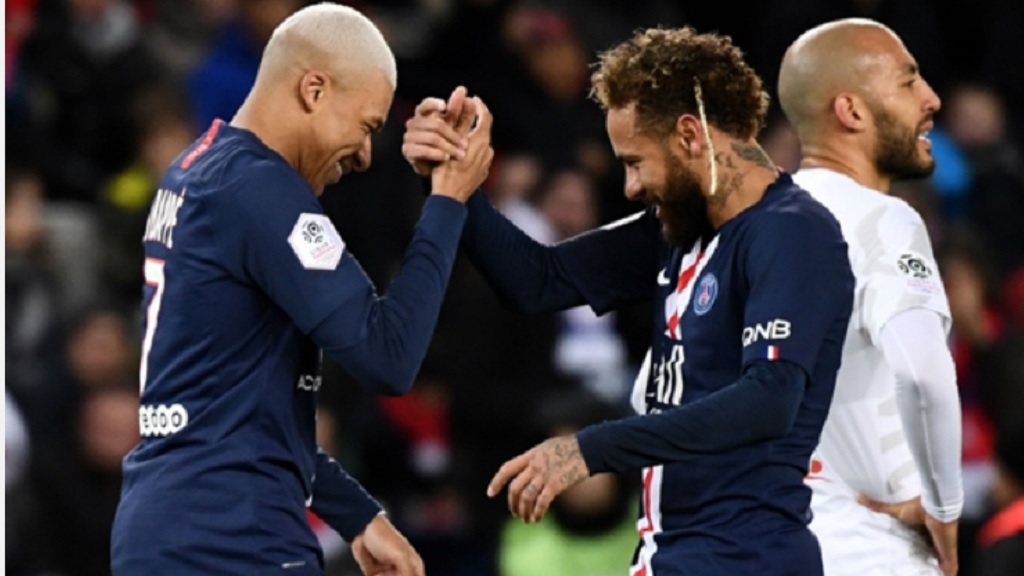 Ander Herrera insisted his teammates Kylian Mbappe and Neymar were "very happy" at Paris Saint-Germain (PSG) and said the Ligue 1 giants were more likely to buy stars than sell them.

Mbappe and Neymar have been linked with moves away from PSG, with Real Madrid and Barcelona respectively reportedly interested in the forwards.

But Herrera said both forwards looked happy at PSG, who claimed a third straight Ligue 1 title when this season was cancelled due to the coronavirus pandemic.

Asked who would be harder to retain if PSG had to sell one of the stars, the midfielder told AS: "I don't know, because I don't know what they earn or the income they generate for the club, which is still a company.

"But I do know that both are key in the project and I see them very happy and involved with PSG."

PSG landed Neymar for a world-record €222million from Barca in 2017, while Mbappe joined permanently from Monaco the following year for a reported €135m.

Herrera said the French giants were more accustomed to buying stars than selling them.

"You have to take into account a fundamental aspect, and I have discussed it with Kylian, that PSG is not a club that sells its stars, on the contrary, it buys them," he said.

"It has enough economic muscle to support both of them."