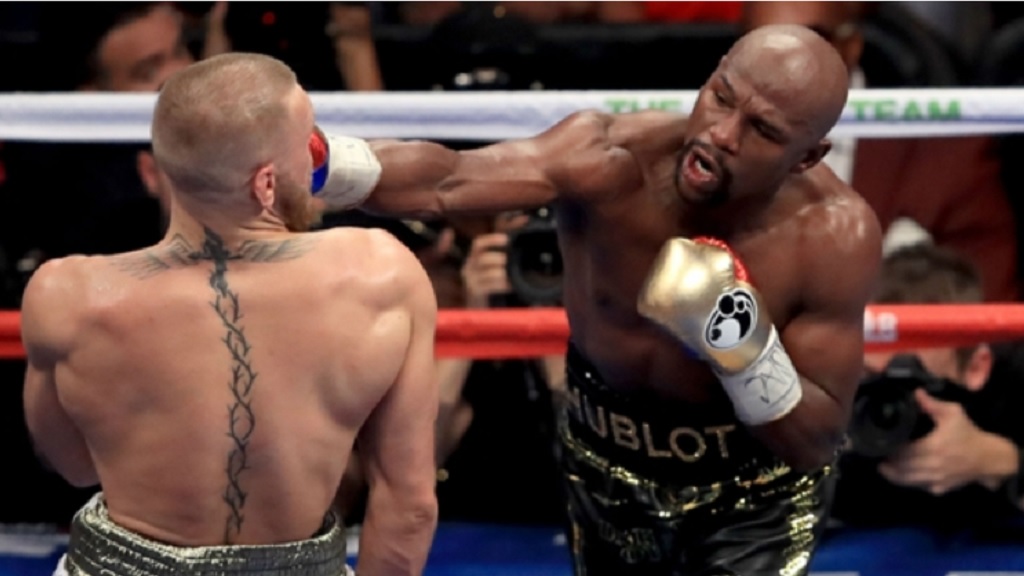 Floyd Mayweather (right) in the ring with Conor McGregor.

Floyd Mayweather Jr has announced he is coming of retirement in 2020 and will work with UFC president Dana White to deliver a "spectacular event".

The unbeaten five-weight world champion boxer caused a stir when he returned to the ring in 2017 to take on UFC star Conor McGregor in a blockbuster super welterweight bout in Las Vegas.

Having won that fight, Mayweather hung up his gloves once more – but the 42-year-old appears set for another comeback, if his Instagram posts are anything to go by.

In one post, Mayweather wrote alongside a picture of himself in boxing shorts with his hands taped: "Coming out of retirement in 2020."

In another, next to an image of him sitting with White, he added: "@danawhite and I working together again to bring the world another spectacular event in 2020."

Mayweather included 'boxing', 'UFC' and 'MMA' in his list of accompanying hashtags.

Although Mayweather has previously dismissed the idea of adding to his tally of 50 professional boxing fights, he has expressed a willingness to participate in money-spinning exhibition matches.

Mayweather stops Nasukawa in 1st round, flooring him 3 times

Mayweather claims he will return to fight Pacquiao