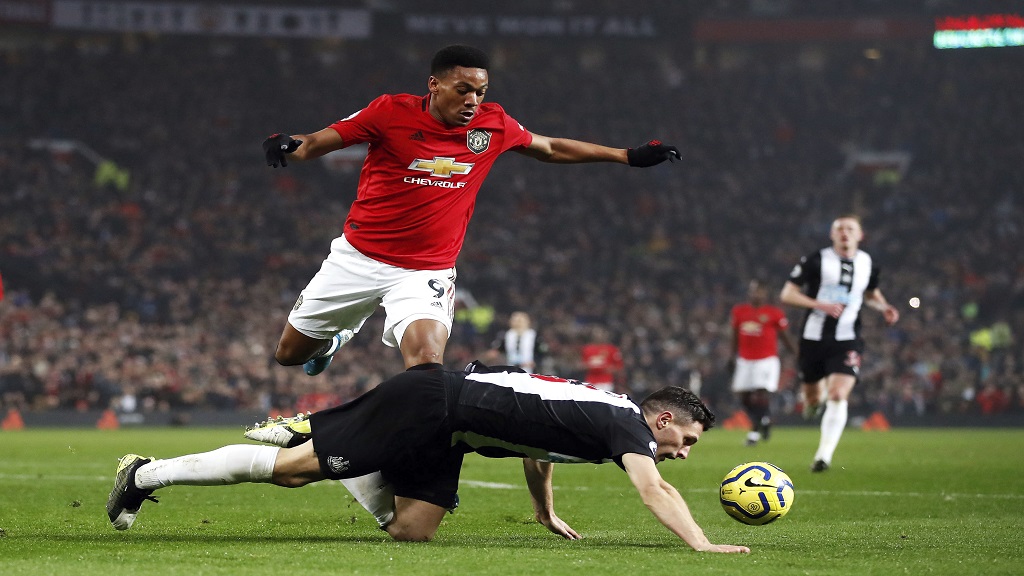 Manchester United return to winning ways as Anthony Martial scored twice in a 4-1 triumph over a generous Newcastle United side at Old Trafford.

Having lost 2-0 to then-bottom Watford last time out, Ole Gunnar Solskjaer's side appeared to be suffering a Christmas hangover when they fell behind to Matty Longstaff's 17th-minute opener on Boxing Day.

Manchester United's defence had been given an early reprieve when Dwight Gayle carelessly blazed over when clean through, but Longstaff – scorer of the only goal in the reverse fixture back in early October – made them pay, collecting Joelinton's layoff before angling a low shot beyond David de Gea.

However, any thoughts Steve Bruce may have harboured of completing a league double over his former club had disappeared by half-time.

Martial drew the home side level when his low first-time shot from Andreas Pereira's cushioned pass crept in at the near post, the ball squeezing beyond Martin Dubravka to reach the net.

Newcastle then gifted the hosts a second, their attempts to play their way out of trouble only seeing Fabian Schar play a pass straight across his own penalty area to Mason Greenwood, who let loose a thumping left-footed drive that flashed beyond Dubravka with the aid of a slight deflection.

Marcus Rashford climbed above Schar to head home Aaron Wan-Bissaka’s inviting cross and make it 3-1 by the interval, while Martial added a fourth when converting a one-on-one opportunity early in the second half.

The Frenchman was once again the beneficiary of a present from the visitors, played clear by Sean Longstaff's under-hit back pass. Denied a hat-trick by a post, he was withdrawn with the crowded festive fixture list in mind.

Paul Pogba continued his return from injury by playing the entire second half in what became a procession, with the emphatic result lifting Manchester United up to seventh in the table, just four points behind fourth-placed Chelsea.