Mark Shields questions whether motorcycles should be banned 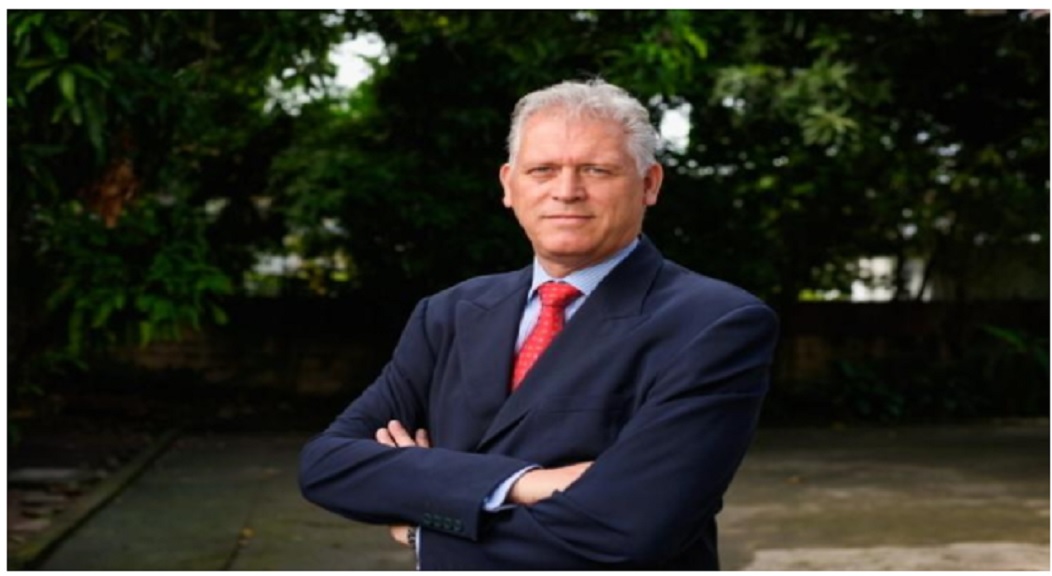 Former Deputy Commissioner of Police Mark Shields is urging the authorities to take tough action to rein in fatalities from motorcycle crashes, and acts of criminality carried out by persons who operate motorcycles.

Shields raised the issue in a post/question to his Twitter followers earlier this week when he stated: “The use of motorcycles to commit murder and robbery is commonplace."

He asked the question with 30 motorcyclists killed this year and constant examples of them breaking every traffic law in the book. Is it time to ban bikes short term? Re-issue licences through vetting and proper ID plates for bikes?

When contacted by Loop News for him to elaborate, the security consultant noted that motorcycles are “frequently used in both contract killings and in robberies that particularly occur around banks.

“They also feature in handbag and cell phone snatching,” he said.

“The other problem, of course, is the fact that so many young men particularly are being killed every year on motorcycles and they do pose a serious threat to other road users and members of the public. That is already reflected in the figures this year where we are actually way ahead of where we were last year (in terms of fatalities caused by traffic crashes),” Shields said.

He continued: “The question I have been asking is what should we do about it? Should it be as radical as a ban on bikes or should it be that the Government should make some interim measure to make it almost instantly impossible for somebody who does not hold a full licence to actually ride a motorcycle or, if indeed they break the law, by not wearing a crash helmet, or driving with a pillion passenger without a crash helmet that they will immediately lose their motorcycle,” Shields said.

The former DCP admitted that taking such steps could be problematic. But, he warned that “if we leave it as the status quo, nothing will happen.”

He recounted that just this Thursday morning he saw two young men on a motorcycle both of them without crash helmets, one holding a weed whacker on the back of the bike (go) straight through the red light on Old Hope Road. Shields said it was noteworthy that the men drove right past a policeman who was on duty and who witnessed the whole thing.

“So clearly there is a problem with enforcement as well and I think that we do have to instill on the police and all of the other partners that this is a major problem that we need to tackle both in terms of the cycle injuries that are caused by crashes but then, of course, we don’t talk about the non-fatal life-changing injuries that many motorcyclists will have such as head injuries…it is a huge problem that I think we’ll have to tackle urgently which is why I raised it on social media for discussion purposes.”

A recommendation for the Road Safety Unit (RSU) is for the regulations that will govern the new Road Traffic Act make it mandatory for the seller of the motorcycle to ensure that a helmet is sold alongside the motorcycles.

According to Shields, while this is a welcome development, there is no way to ensure that the drivers of motorcycles wear the helmet once the vehicle is purchased.

“It’s a positive move but the fact is that as soon as you’ve bought the motorcycle with the helmet, there’s no guarantee that that person will wear the helmet afterward and so immediately the problem is there.”

He said what needs to be done is for the authorities to move swiftly to conduct the promised public education campaign around the new Road Traffic Act and for the Government to swiftly bring the regulations that will give the legislation teeth to the parliament for approval.

Shields acknowledged the efforts of persons/entities that are currently trying to educate young men on the proper use of a motorcycle and the need to wear protective gear while driving sensibly.

“Not doing wheelies at 75 kilometres per hour down the highway as they are at the moment and committing all sorts of other aerobatics almost, with their motorcycles…it’s a major problem and yes legislation will help,” Shields said.