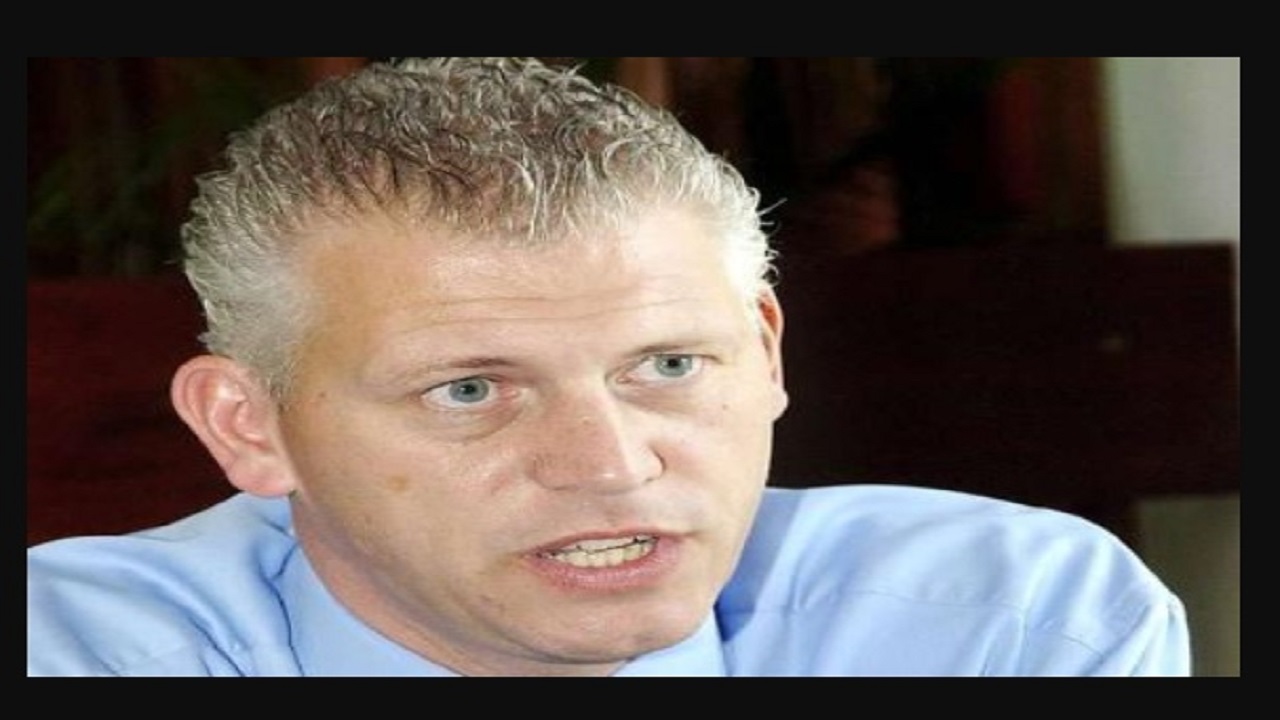 Former Deputy Commissioner of Police, Englishman and Scotland Yard top sleuth, Mark Shields, is fervently presenting a 10-point plan to combat crime in Jamaica, which he said is not new, but requires implementation with a sense of consistency.

The plan, he said, is for the next commissioner of police to take and make good of without the need for levels of expenditure that can be considered prohibitive.

But in the midst of his presentation of the plan, Shields declined to comment on whether or not he is personally interested in the top job as successor to recently-retired Commissioner, George Quallo.

“I really don’t want to comment on that right now,” was the frugal response from Shields to a question on his possible interest in the position.

Pressed further, he again declined comment, but also failed to deny any interest.

Insiders have suggested that Shields may be weighing his options personally.

But there was no lack of clarity in the charismatic and towering Englishman’s position that, “I am of the firm belief, as I was before George Quallo was appointed, that the country needs to focus on an external candidate for the post of commissioner of police,”

He said ‘external’ meant not from within the Jamaica Constabulary Force (JCF), but not necessarily outside of the country.

Shields said there are persons both in Jamaica and overseas who are capable of succeeding as Jamaica's Commissioner of Police.

The security consultant said nothing in the 10-point plan he has presented is new, but said it represents his assessment of the main priorities for the JCF to tackle crime and effectively tame the security problem in the country.

He said the very important trait for the next commissioner of police to develop is a sense of consistency in terms of implementing policing strategies nationally.

“We have been very good at implementing new policies, but short on consistency with those applications,” cited Shields.

“It’s no good starting a plan then not being consistent in its implementation,” said the man who pointed to the murder rate as the country’s biggest security challenge.

In reference to his proposed policing plan, he said, “only a very strong investigative team can bring real solutions” to the country’s problem with serious crimes, as while operational policing is important, effective detection is the real deal to produce a long-term fix of the crime problem.

Shield said more needs to be done than are outlined in his plan, but to succeed, any commissioner in charge has to prioritise going forward, with consistency being at the centre of the strategies that are implemented.

Outlined below is Shields’ 10-point crime plan and overall challenge for the holder of what he described as the toughest job in Jamaica:

1. Immediately introduce high-visibility policing on every major road intersection and in every crime hotspot. Make people feel safe by taking back the streets of Jamaica from the criminals and anti-social elements who can now break every law without any fear of being held accountable.

Redeploy every able-bodied police officer who currently sits behind a desk and put them out in the high-crime areas. Fill the administrative desk jobs with suitably qualified members of the civil service who do not require operational policing skills or the powers of a police officer.

Make police managers lead by example and manage their staff. There is no place for desk-bound senior officers; they should be on the streets, providing visible leadership to their subordinates. If they are unwilling to lead from the front, the new commissioner must find real leaders who are prepared to take up the challenge.

2. The phrase 'zero tolerance' has become a cliche, but it is still true. The new commissioner must ensure that every infraction is challenged and, where necessary, prosecuted. Every Jamaican and visitor to Jamaica must see that if you break the law, there will be swift and severe consequences.

3. Establish permanent police checkpoints at strategic points on every major road leading into large towns and cities in Jamaica. Equip them with CCTV and an automatic licence plate recognition (ALPR) system. Support this with well-trained teams conducting mobile stop-and-search checkpoints with officers with body cameras, equipped to search for firearms and other contraband. Create a policing environment where criminals constantly feel vulnerable and law-abiding citizens feel safe.

4. Within the first month (in office), interview every senior officer and make an assessment on whether they are fit for purpose. Make the tough decisions early. Focus on building a strong, trustworthy and reliable top team. Send the message that police officers must either perform or leave. Any officer who cannot perform, is incompetent, is linked to corruption or in any other way is not fit for purpose, should be rapidly retired in the public interest.

5. Immediately start the process of developing the strategic skills of 10 high-potential police officers. Form partnerships with police services in Canada, the United Kingdom and the United States. Send the future leaders on six-month secondments abroad. This will build up a strong pool of talented officers, any of whom could be the next commissioner.

6. Maximise the use of technology, rebuild the intelligence capacity of the JCF, and focus on intelligence-led policing. Re-establish daily crime hotspot operational meetings chaired by a senior officer, to drive the response to tackle any immediate crime threats. Use secure video-conference facilities, and don't make your senior officers waste thousands of hours travelling to and from meetings at the commissioner's office.

7. Rebuild the JCF Murder Investigations Teams (MIT). In the last 10 years, the capacity to investigate murders has been all but dismantled - and the results can be seen in the carnage on the streets. Immediately start the process of recruiting, training and equipping detectives, and establish MITs in St Andrew, St Catherine, Clarendon, St James, Westmoreland and Hanover.

8. Establish a DNA strategy. Take every opportunity to link criminals to their crimes by using DNA evidence. Take a DNA swab from every person arrested for a legally justifiable offence, and compare this DNA sample with the thousands of unidentified samples that are taken from crime scenes. Make the results of this work public, so that criminals see that they can no longer hide.

9. Build the JCF's capacity to use intelligence to target the gangs. Establish dedicated proactive gang teams in every division, with strong links to the people engaged in social intervention and community work. Look at the successful anti-gang strategies developed in Glasgow, London, Boston and other cities, and develop equally effective tactics for Jamaica.

10. Recruit a team of experienced advisers and senior police officers from other police services to work with the top team in the JCF. Their goal should be to ensure that these 10 priorities become embedded into the JCF's operational and cultural fabric.

The JCF has long been resistant to change, and reluctant to accept external support. The international partners are growing weary of the pattern of failure and increasingly reluctant to throw yet more resources at a failing force. However, all of this could still be put right.

The USA, UK, Canada and EU could still be persuaded to muster one last effort to support change. With a talented, forceful new commissioner, an outstanding top team, and a binding commitment to deliver far better outcomes for Jamaica, our allies will step up and give us the support we need.

Let us hope that the next commissioner has the skills, courage, resilience and charisma to implement this plan. Let's all give that commissioner our support.