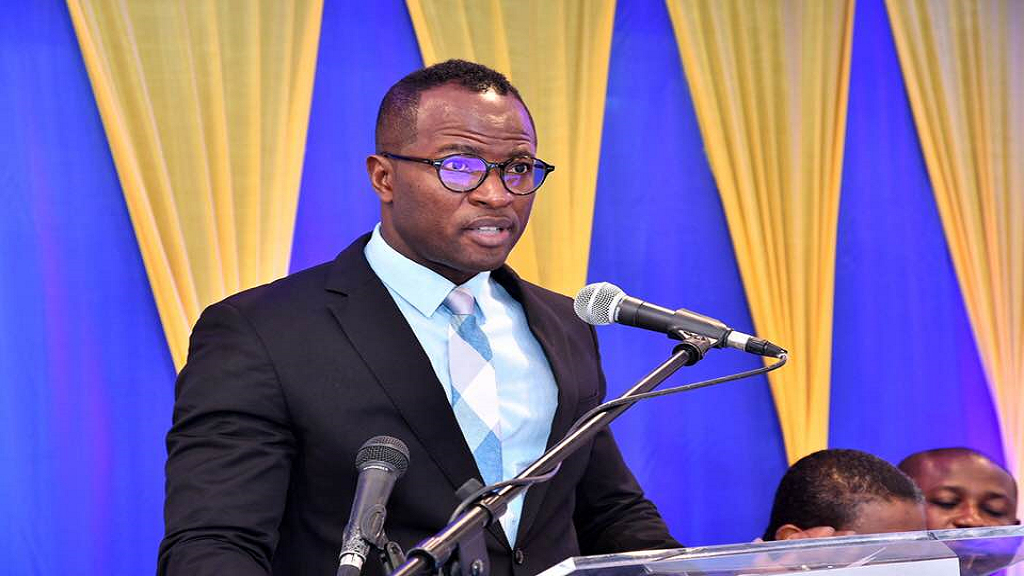 “After 22 years with the company, I am stepping down to pursue other personal and professional interests," said Carreras Managing Director Marcus Steele.

Carreras Limited (CAR) has advised that effective January 31, 2020, Marcus Steele will be stepping down from his role as managing director.

His departure brings to an end 22 years of providing leadership to the tobacco maker, marketer and distributor.

On Friday the company’s board of directors indicated that they have appointed Raoul Glynn as Managing Director designate effective, February 1, 2020, and as a director on the Board of Directors, effective February 1, 2020.

Glynn, a Trinidadian National, currently holds the role of Country Manager for Carisma Marketing Services, itself a British American Tobacco (BAT) subsidiary located in Trinidad, with responsibility for BAT’s operations across the English, French and Dutch Caribbean,” CAR outlined in Friday’s release.

Carreras Limited is the leading marketer and distributor of cigarettes and tobacco-related products in Jamaica.

The company is a publicly listed company with local and international ownership. Jamaican shareholders own approximately 49.6 per cent of the company with the majority interest being held by British American Tobacco. 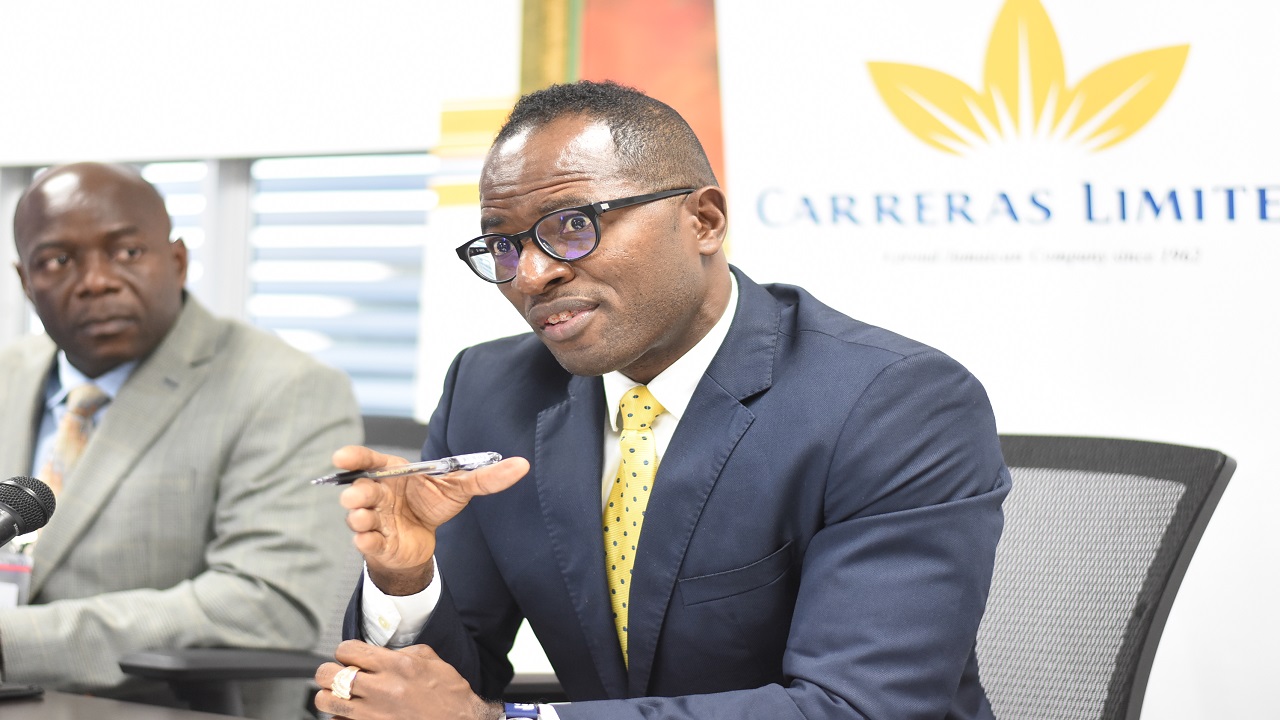 Steele during a Carreras' press briefing.

“After 22 years with the company, I am stepping down to pursue other personal and professional interests," Steele told Loop News.

As to his next posting, he said he will advise “in due course.”

Asked for a review of his best moments at Carreras, Steele said at the top would be successfully piloting the company through a period of significant change, marked by the introduction of stronger tobacco control regulations.

The tobacco maker has been the subject of increasing controls and taxation as the Ministry of Health and the tax authorities accelerated regulation.

Steele also cited as an achievement the company’s stability in the face of turbulence from the well-known challenges facing the industry.

In several reports, the company has cited the impact of copycat goods which have affected market share. 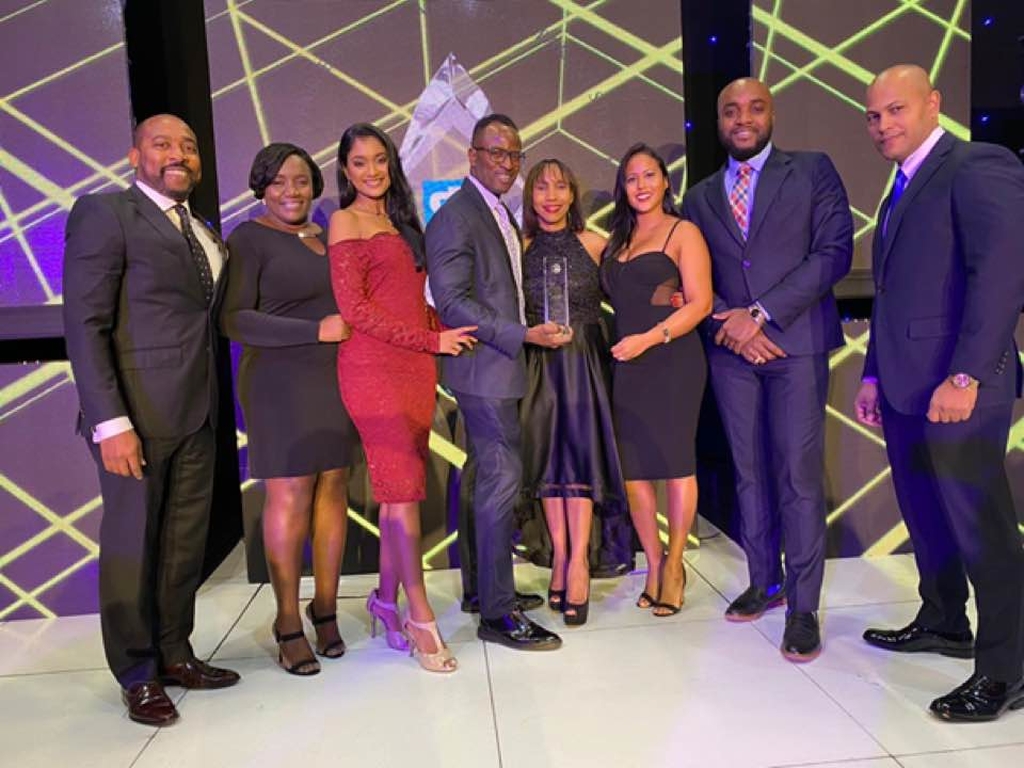 Carreras Ltd was awarded the “Best Performing Company” for 2019 of all listed company on the main market of the exchange at the Jamaica Stock Exchange.

Yet another achievement, the departing managing director said was the successful, symbolic positioning of Carreras for the future by relocating the head office from Spanish Town to modern state-of-the-art offices in Kingston.

Steele also cited value delivered to shareholders as demonstrated by Carreras’ successive recognition as the Best Performing Company by the Jamaica Stock Exchange over time.

The managing director, during his tenure, also successfully managed the Company’s first-ever stock split, enabling greater accessibility of the stock for existing and potential stockholders.

Steele was also instrumental in transforming the route to market model of the business, “setting in place capabilities and efficiencies that will continue to yield value for the business in the long term,” he commented.

During his tenure, Steele also mobilised “an effective sales force, underpinned by the objective of empowering, through employment, capable men and women from the inner city,” he outlined.

For staff at Carreras, the company head also introduced ground-breaking initiatives such as paternity leave, which is a rare benefit for employees in Jamaica, as well as extending the maternity leave to 16 weeks.

He also lists among his top achievements his commitment to keenly supporting, promoting and exporting key talent within the organization and across the BAT Group.