Marcelino: Tearful Ronaldo said he did nothing wrong 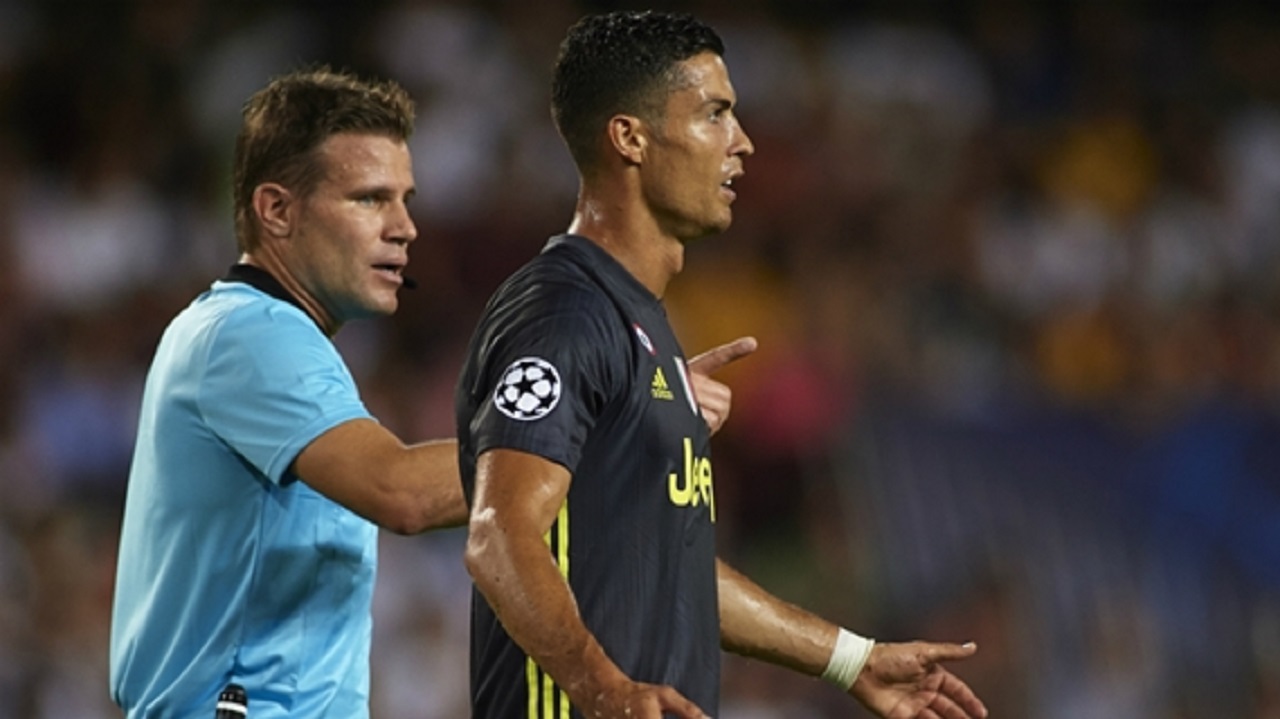 Juventus superstar Cristiano Ronaldo after being sent off against Valencia.

Valencia head coach Marcelino said a devastated Cristiano Ronaldo insisted he did nothing wrong after the superstar was controversially sent off in Juventus' Champions League victory.

Juve forward Ronaldo – making his Champions League debut for the Serie A holders – was inconsolable after receiving a red card in the 29th minute of Wednesday's 2-0 win at Valencia.

It was a forgettable bow for Ronaldo, who was shown a straight red card following an inconspicuous coming together with Valencia defender Jeison Murillo in an off-the-ball incident, the five-time Ballon d'Or winner left in tears after his dismissal.

Discussing Ronaldo's red card – which has put him in doubt for a reunion against former club Manchester United – Marcelino told reporters: "He was very upset, even crying, because he said he didn't do anything wrong.

"I haven't seen the play which ended up in the red card."

Despite their numerical advantage, Valencia walked away from a packed Mestalla empty-handed following a pair of Miralem Pjanic penalties.

Pjanic converted spot-kicks either side of the break, while Valencia's Dani Parejo saw his penalty saved by Wojciech Szczesny in stoppage time.

"It's obvious that the penalties have impacted us," Marcelino said. "The penalty just before half-time was a real blow, we then had to try and pull ourselves together.

"The other penalty was then a death sentence for us, conceding two goals to such an excellent team makes the task wholly difficult."

United accounted for Young Boys 3-0 in the other Group H fixture and Marcelino added: "We have faced a great team and they have surpassed us. After the red card the match was made even. However, they've taken advantage of our mistakes."