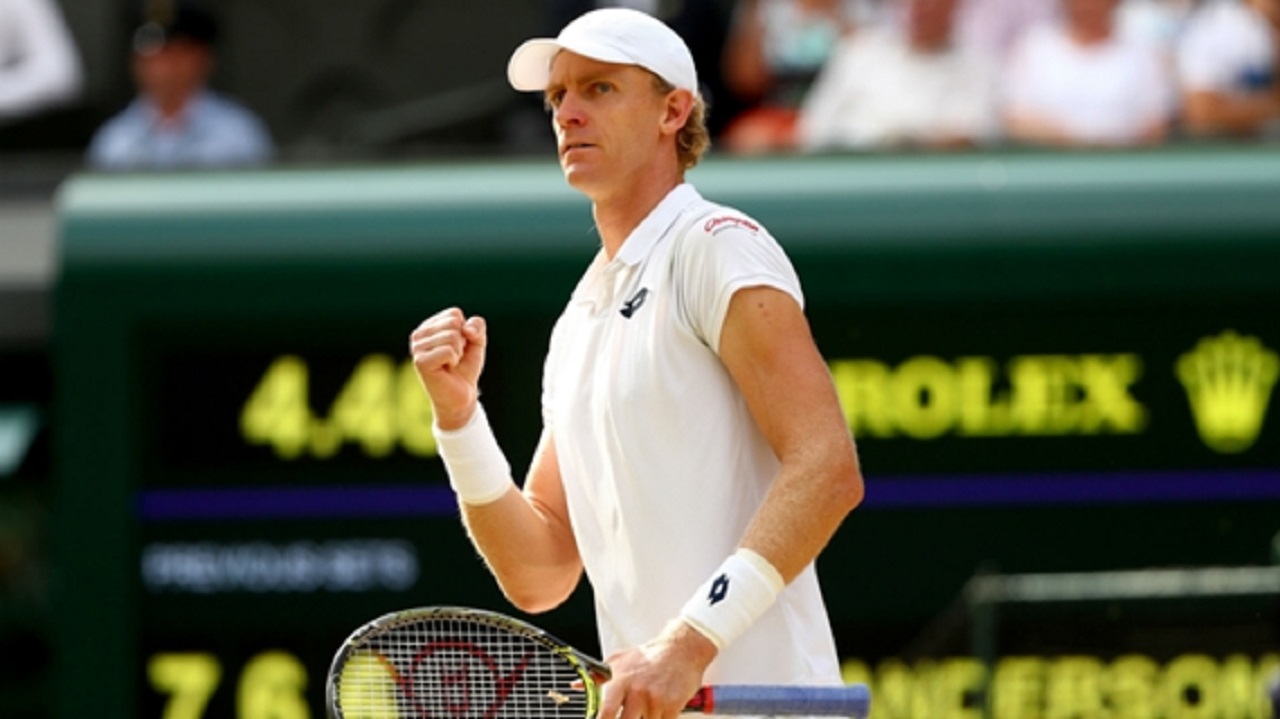 Kevin Anderson celebrates during his semi-final at Wimbledon.

Kevin Anderson overcame John Isner on Friday in a record-breaking battle on Centre Court to secure a place in the Wimbledon final.

The duo combined to produce the second-longest match in the tournament's history, with their epic duel eventually ending after six hours and 35 minutes.

The final set alone lasted an astonishing two hours and 50 minutes, forcing Rafael Nadal and Novak Djokovic to wait patiently in the wings to start their mouthwatering clash.

Isner is no stranger to marathon matches at SW19 - he holds the record at the venue after going a staggering 11 hours and five minutes in his victory against Nicolas Mahut in 2010 - but he was the first to buckle in a decider that felt like it might never end.

After failing to convert four earlier break-point opportunities in the fifth set, Anderson finally claimed the all-important lead in the 49th game before serving out for the match.

Defeat was tough on Isner, who had never previously gone beyond the third round at the All England Club before this year’s run to the final four.

The American lost the opener on a tie-break but hit back to take the next two in the same manner, even though his streak for holding serve ended at 110 games in the third set.

After taking a medical timeout after falling 2-1 behind, Anderson appeared rejuvenated in a frenetic fourth, trading breaks before the combination of a passing shot and an unreturned serve levelled matters at two sets apiece.

Yet if it was tough to split the pair beforehand, it became nigh-on impossible to work out who would win in a decider that felt like it may never come to an end.

Isner needed treatment for a blister on his right hand when 5-4 ahead but the delay did not break Anderson's concentration, as he held firm on serve in what became a battle of both physical stamina and mental strength.

Anderson looked the more likely to prevail as he created opportunities to claim the key break, only for the ninth seed to respond by ratcheting up the pace of his serve to blast his way out of trouble.

Eventually, though, he blinked first in the staring contest. Having fallen 0-40 behind, Isner failed to dig himself out of trouble once again, Anderson even briefly switching it up by becoming a left-handed player during an eventful game he finally won at the second attempt.

The South African’s perseverance will see him line up against either Nadal – who defeated Anderson in the final of the 2017 US Open in straight sets - or Djokovic on Sunday.