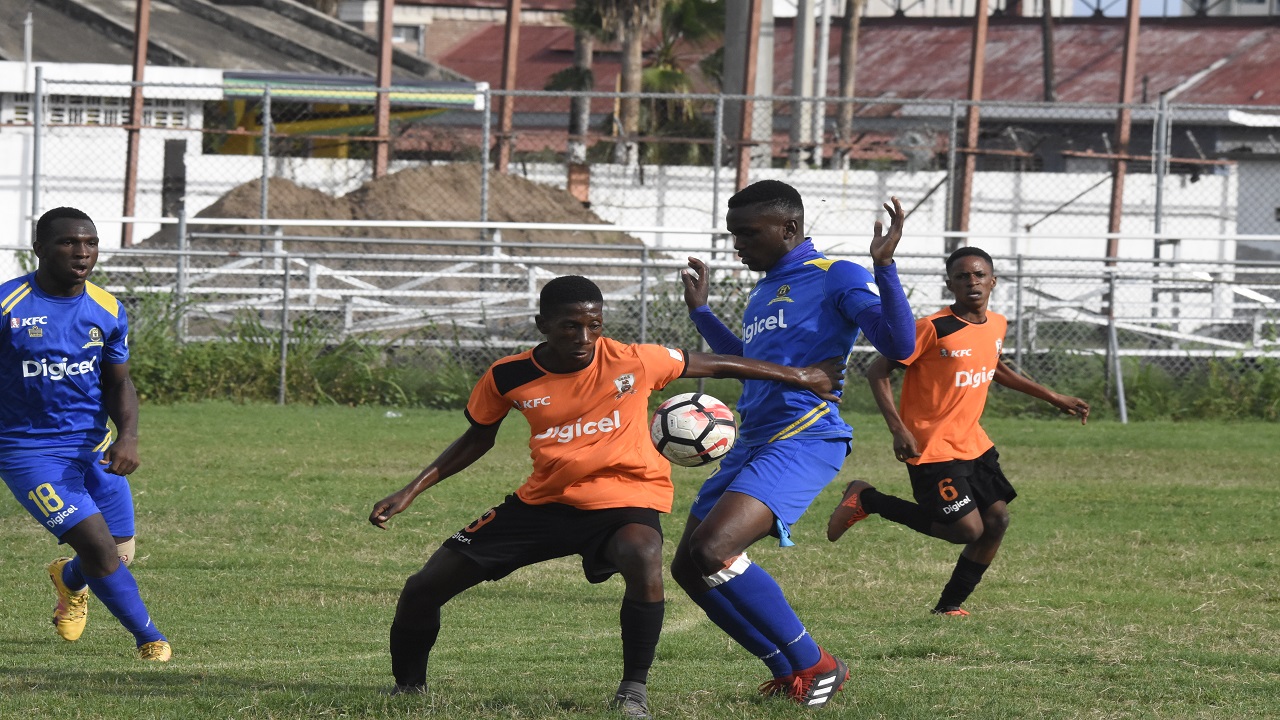 St Jago High became the latest team to qualify for the second round of the 2018 ISSA/Digicel Manning Cup football competition on Match Day 20 on Tuesday.

The Spanish Town-based school scored a 1-0 victory over 2001 and 2006 champions Bridgeport High in their Group D second leg fixture to join Denham Town High as the  automatic qualifiers from the group with one set of games to play in the preliminary round.

After both teams had failed to score in a fairly lacklustre first half, Nathan Mahoney gave Tivoli a 58th minute lead, but that lasted only two minutes, before Shemar Thompson equalised and that set off a goal spree for Denham Town.

Donald Walters gave Denham Town a 2-1 lead in the 71st minute, with Thompson completing an hat-trick in the 74th and 80th minutes with substitute Patrick James completing the rout in the 90th.

All three teams are from Group A were St George's College (23 points from nine games) have secured their spot. STATHS (second place with 16 points) and Cumberland (third place with 14 points) have two outstanding games, while fourth place Tarrant High (fourth place with seven points) have three remaining games but their chance of progressing are very slim.